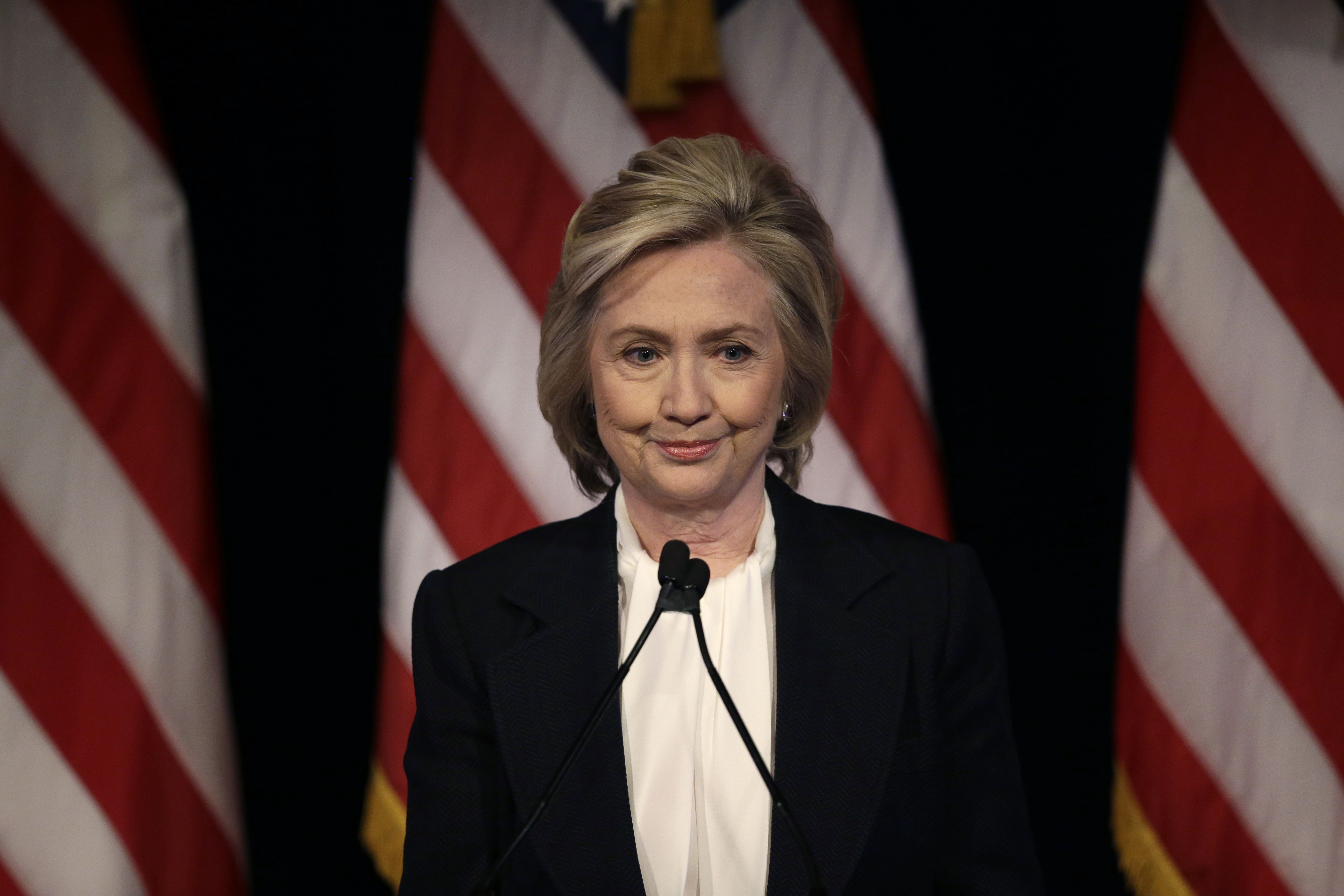 "Previous generations of Americans built the greatest economy and strongest middle class the world has ever known on the promise of a basic bargain: if you work hard and do your part, you should be able to get ahead," she said in a speech at the New School, a progressive university in New York City. "But over the past several decades, that bargain has eroded. Our job is to make it strong again."

Clinton, in the first major economic policy speech of her campaign, proposed expanding the workforce, especially for women, through both private and public investments, better benefits and lower healthcare costs for workers, and a reformed, more balanced tax code. Her goal, she said, was to create more "pathways" into the middle class.

"The defining challenge of our time is clear," she said. "We must raise incomes for hard working Americans so they can afford a middle class life."

Clinton drew a stark comparison with her counterparts on the Republican side of the race. She took aim first at Jeb Bush, who Clinton pounced on last week for saying that "people need to work longer hours" in an interview with the New Hampshire Union Leader.

"Let him tell that to the nurse who stands on her feet all day, or the teacher who in that classroom or the trucker who drives all night," she said. "They do not need a lecture, they need a raise."

But Bush was not talking about the work ethic of Americans. In a press conference with reporters after a town hall in Hudson, New Hampshire, he said that his words had been "taken out of context" and that he was referring to the need for people to have the opportunity for full-time work.

"If we're going to grow the economy people need to stop being part-time workers, they need to have access to greater opportunities to work," Bush said.

Clinton went on to attack by name Sen. Marco Rubio on his tax reform plan, calling it "bad economics" to cut taxes for the wealthy, and Gov. Scott Walker, whom she said has "made [his] name stomping on workers' rights." Walker will formally enter the race Monday night in Waukesha, Wisconsin, the site of his 2012 recall election victory.

"I will fight back against these mean-spirited attacks," she said.

Though Clinton made Republicans her main foil as she laid out her plans, she also differentiated herself from Bernie Sanders, the independent senator from Vermont who has recently been gaining on her in the polls. Sanders' arguments for promoting economic fairness -- in part by reducing the amount of wealth going to the richest Americans -- are helping him to draw crowds numbering in the thousands at his campaign rallies.

Sanders' definition of the "defining challenge" is different from Clinton's. He uses the phrase to describe the wealth gap between poor and working Americans and the wealthy and said in an interview with the Washington Post that he would sacrifice economic growth in favor of redistribution. Though narrowing that gap is part of the plan she described Monday, Clinton distinguished herself from Sanders by emphasizing that the middle class must rise along with corporate profits and executive compensation.

Clinton proposed measures like raising the minimum wage and investing in an infrastructure bank to create jobs, both which Sanders also supports, but also talked about immigration as an "engine of strong growth" and called on companies to expand profit-sharing programs. And while Sanders has called definitively for a breakup of the big banks, Clinton introduced a more nuanced plan to regulate the financial industry.

"We have to go beyond Dodd-Frank," she said. "Too-big-to-fail is still too big of a problem."

Clinton said major financial institutions today are still "too complex" and that a "shadow banking system" of hedge funds and high frequency trading is creating new threats to American consumers.

"While institutions have paid large fines and in some cases, admitted guilt, too often it has seemed that the human beings responsible get off with limited consequences or none at all," she said. "This is wrong and under my watch, it will change."

Clinton laid the groundwork for a separate policy speech on Wall Street reform, as well as a series of more specific announcements in the coming weeks on other economic policies like wage growth, college affordability and paid leave. Clinton will travel to New Hampshire later this week, where she is expected to talk more about incentives to encourage corporate profit-sharing.