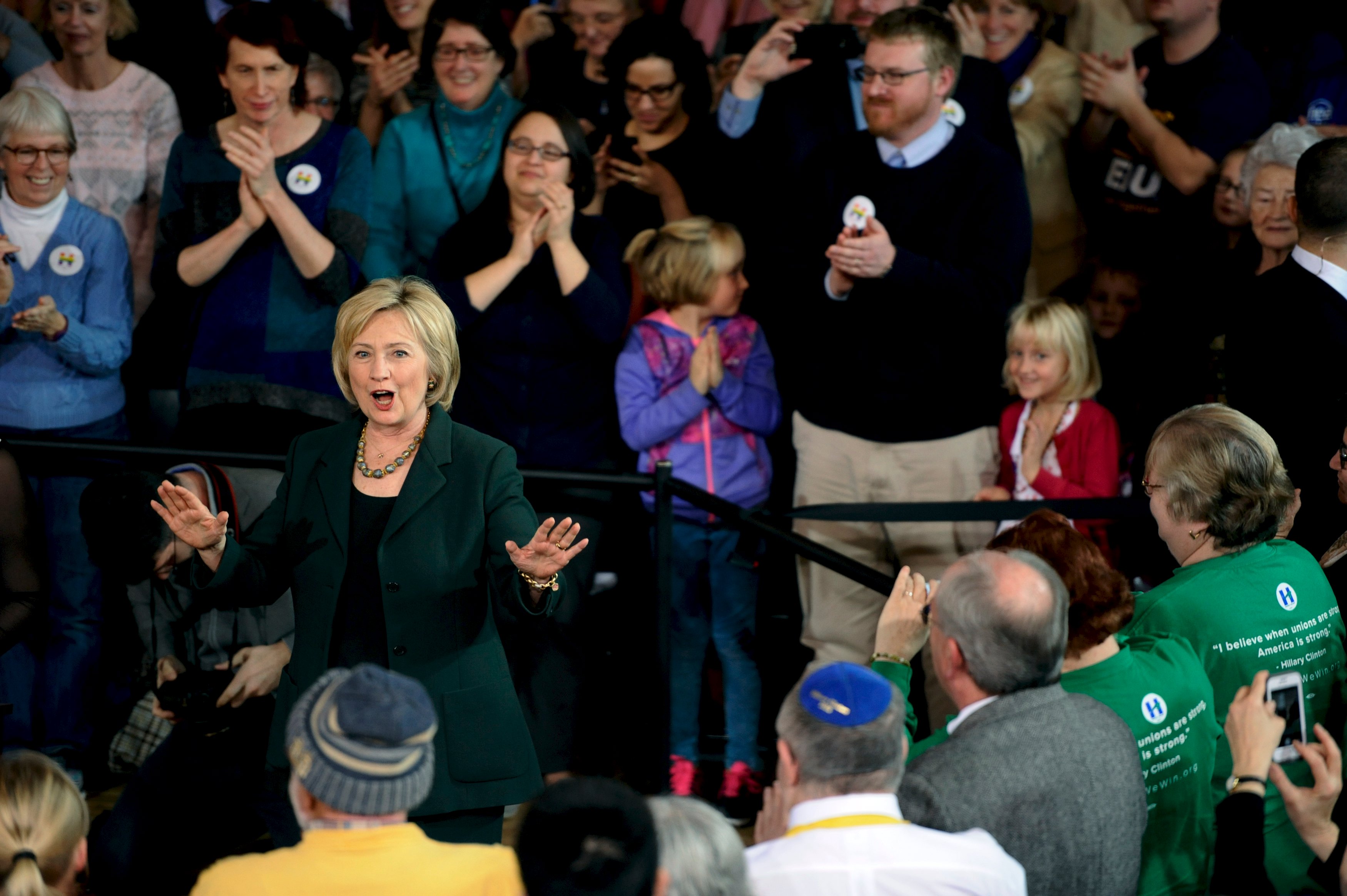 Democratic presidential candidate Hillary Clinton's message to people who support Republican Donald Trump: "I hope you can see I don't have horns."

During an event in Mason City, Iowa, 22-year-old Kayla Helmers asked Clinton to record a message for her father, Shawn Starry, who supports Trump.

"Hi Shawn, I'm here with your daughter and I hope you can see I don't have horns, and I really do hope that as this election goes on you'll listen to your daughter. Thanks! Bye!" Clinton said.

Clinton still beats Trump in hypothetical 2016 general election matchups, although her lead has narrowed substantially since the summer. An ABC News/Washington Post poll taken between Dec. 10 and 13 has her leading Trump 50 to 44.