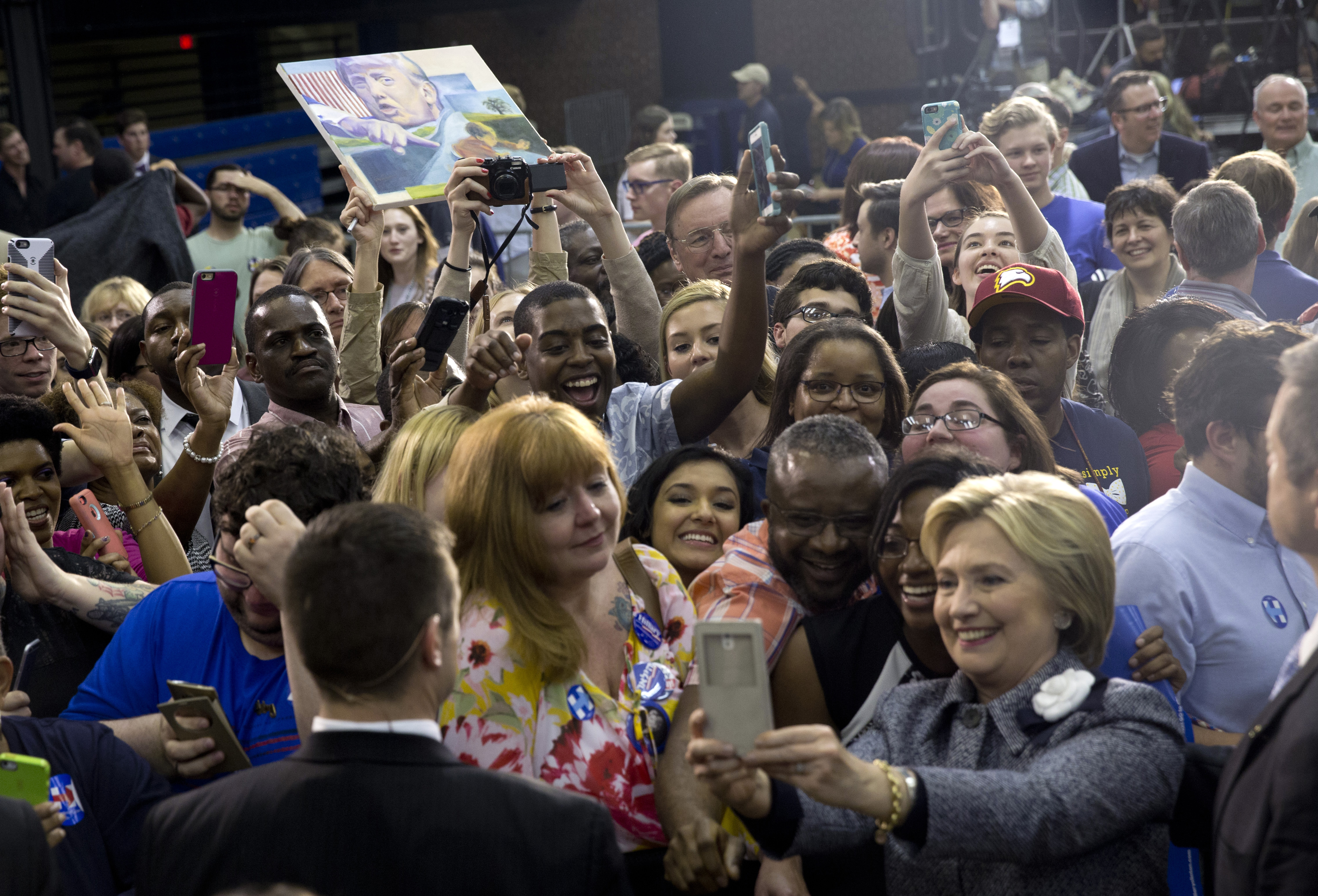 By Stanley Feldman and Melissa Herrmann

Donald Trump maintained his leading position in the race for the Republican presidential nomination with wins today in Florida, North Carolina, and Illinois. He fell short, however, of ending the day with a commanding lead by running into a roadblock in Ohio and a razor-close race with Ted Cruz in Missouri. As expected, John Kasich ran well in his home state of Ohio, beating Trump by a comfortable margin.

As has been the case throughout the primary season, the CBS News exit polls show that Trump's core voters are those with less education, those who are angry at the way the federal government is working, and those who want the next president to be from outside of the political establishment. He runs especially well among Republican primary voters who want illegal immigrants working in the U.S. deported and those who want to ban Muslims who are not U.S. citizens from entering the country.

Trump also benefits from economic insecurities among Republican voters. He runs best among the large number of voters who are very worried about the direction of the economy. Majorities of voters believe that international trade takes away U.S. jobs and a substantial proportion of them support Trump. And while only a minority of voters says that they are personally falling behind financially, they too prefer Trump over the other Republican candidates.

Where Cruz is Strong and Not-So-Strong

Ted Cruz ran strongly in North Carolina, Illinois, and Missouri. Like Trump, Cruz's strength continues to be based on his appeal to very conservative Republicans, white evangelical Christians, and those voters who say that they most wanted a candidate who shared their values.

Trump continues to benefit from having several opponents who are splitting the votes of those who won't support him. This is preventing Cruz from beating Trump one-on-one in states where Trump is unable to get the support of a majority of Republican primary voters.

In Illinois, where Kasich also ran third, he was competitive with Cruz among Republican voters with college degrees, among relatively wealthy voters, and independents. He ran strongly among those who want to offer illegal immigrant a chance to apply for legal status. And he beat both Cruz and Trump among voters who oppose banning Muslims from entering the U.S. These are groups that exit polls have shown to be relatively unfavorable toward Trump -- voters that Cruz needs to win Republican primaries.

Marco Rubio's decision to suspend his campaign should help Cruz in upcoming primaries. However, Kasich's win in Ohio makes it likely that he will continue his campaign and this will make it more difficult for Cruz to move from his second place finishes to consistent victories over Trump.

One potential danger for Trump, and possibly the Republican Party, in the exit poll data is Republican voters' feelings about a possible Trump vs. Clinton race in November. A question on the exit poll asked whether voters would be satisfied with that choice or if they would seriously consider voting for a third party candidate.

In Florida three out of ten voters said that would seriously consider a third party candidate. That number rises to four in ten in the other four states voting today. Across these states, 50 to 60 percent of Cruz voters said they would consider a third party candidate as did about 70 percent of Kasich supporters. While it is impossible to know exactly what these voters will do in November, these numbers must be troubling for the Republican Party looking toward the fall.

Tuesday was supposed to be the chance for Bernie Sanders to show that he could build on his surprising win in Michigan last week in the Midwestern states of Ohio, Illinois, and Missouri. He only showed he could keep it close in those states.

Hillary Clinton continues to have strong support among key groups of Democratic primary voters: Older Americans, African-Americans, and women. She also has the backing of voters who are looking for experience and those who want a candidate who can beat Trump. Sanders also has pockets of support. The problem for him is that they are not large enough segmants of the Democratic primary electorate. He does very well among young voters under 45 and independents. He also runs strongly among people who care about having a candidate who is honest and trustworthy as well as a political outsider. Unfortunately for Sanders, these groups are not quite large enough to consistently beat Clinton.

Clinton continues to win among primary voters who think the most important quality they were looking for is a candidate who had the right experience. Twenty-five to 35 percent of voters report this as their most important candidate quality and over eight in ten of them in all five states support Clinton. Over a third of primary voters choose the economy as the most important issue facing the country. Over half of those voters supported Clinton. The majority of Democratic primary voters also believe that Clinton has the better chance to defeat Donald Trump in November. About half of primary voters think the next president should continue Barack Obama's policies. Between 63 and 78 percent of them voted for Clinton.

How is Sanders Holding On?

As in previous contests, Sanders got the majority of the young vote and the support of independent voters. His share of voters under 45 years old ranged from 49 percent in Florida up to 70 percent in Illinois and Missouri. The majority of independents also voted for Sanders in each state. Over 50 percent of independent voters in each of these state primaries supported Sanders. About 15 percent of primary voters want the next president to be from outside the political establishment. Of those, the majority support Sanders: ranging from 63 percent in North Carolina to 83 percent in Missouri. The trouble for Sanders is that the other 85 percent of voters are looking for a candidate with experience and this favors Clinton. Of the 25 percent of Democratic primary voters who feel that the most important issue facing the country is income inequality, the majority support Sanders.

Overall, the exit polls show that Clinton has the continuing support of core Democratic voters. Sanders needs to find a way to expand his appeal to seriously challenge Clinton in states he needs to win. With Clinton's successes tonight the probability that Sanders can overtake her in the race for the Democratic nomination is growing smaller and smaller.

Melissa Hermann is president of SSRS