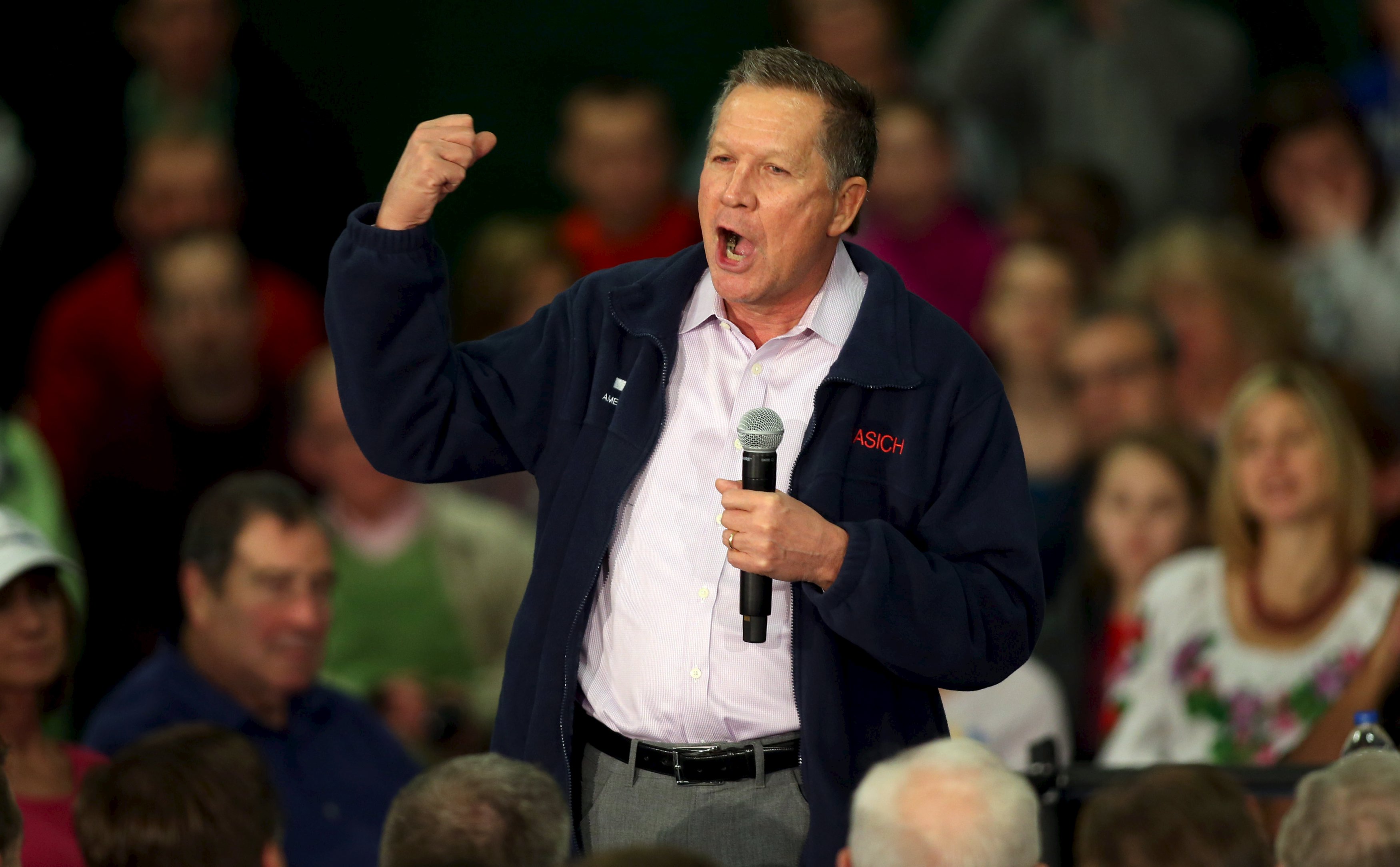 BEREA, OH -- Cheers erupted as Ohio Gov. John Kasich took the stage at Balwin Wallace University here Tuesday night as he celebrated victory in his home state's primary -- his first win in any contest since the fight for the GOP nomination began.

Joined by his wife and two daughters, Kasich thanked Ohioans for their support and for believing that he could "bring people together to strengthen our country" after first asking the audience to acknowledge Sen. Marco Rubio, who ended his White House bid earlier that evening.

The stakes couldn't have been higher for the Ohio Governor -- the future of his campaign rested entirely on a home state victory in the winner-take-all primary. Kasich, who has never lost an election in Ohio since he began his political career nearly four decades ago, has repeatedly asserted that a defeat here would've ended his presidential bid.

During his remarks tonight, Kasich said his blue-collar upbringing helped him to understand some of the "tough issues" facing Americans.

Seemingly calm and collected, Kasich told reporters earlier today that this election is "all about keeping your feet on the ground" and that Ohioans were proud of his decision to run a positive campaign "that is now starting to shine through like a beacon all over the country".

Kasich said that his pledge to refrain from taking the "low road to the highest office in the land" and his efforts to balance the budget while a congressman in the 1990s resonated with Ohio voters.

"I think we're being polarized and we need somebody who knows how to work across the aisle", said Becky Bell of Auroa, Ohio. "I see with a certain campaign a lot of us against them I'm hoping to bring our country together and start working for common goals instead of me or them," she added.

Although Kasich's attempts to rise above the fray has been a central theme of his campaign, he admitted that it may have caused a few "missed opportunities to get attention early on". He also suggested that he'll address Donald Trump's rhetoric in he coming days, referring to "the deep concerns I have about the way this campaign has been run by some others, by one in particular."

"But that's going to be not designed to be negative as much as it is to point out things that I've seen that are deeply disturbing in this process", he added.

Kasich will continue his campaign with stops in Pennsylvania and Utah this week -- and says he hopes to return to the Buckeye State as the Republican nominee next fall. Such an outcome might be unlikely -- Kasich trails Ted Cruz and Trump in the delegate count by double-digit margins -- but his campaign hopes that, with the added momentum coming from his Ohio win, the governor can still clinch the nomination at a contested convention this summer.

"We've got one more trip around Ohio this coming fall where we will beat Hillary Clinton," he said, wrapping up. "And I will become the president of the United States."