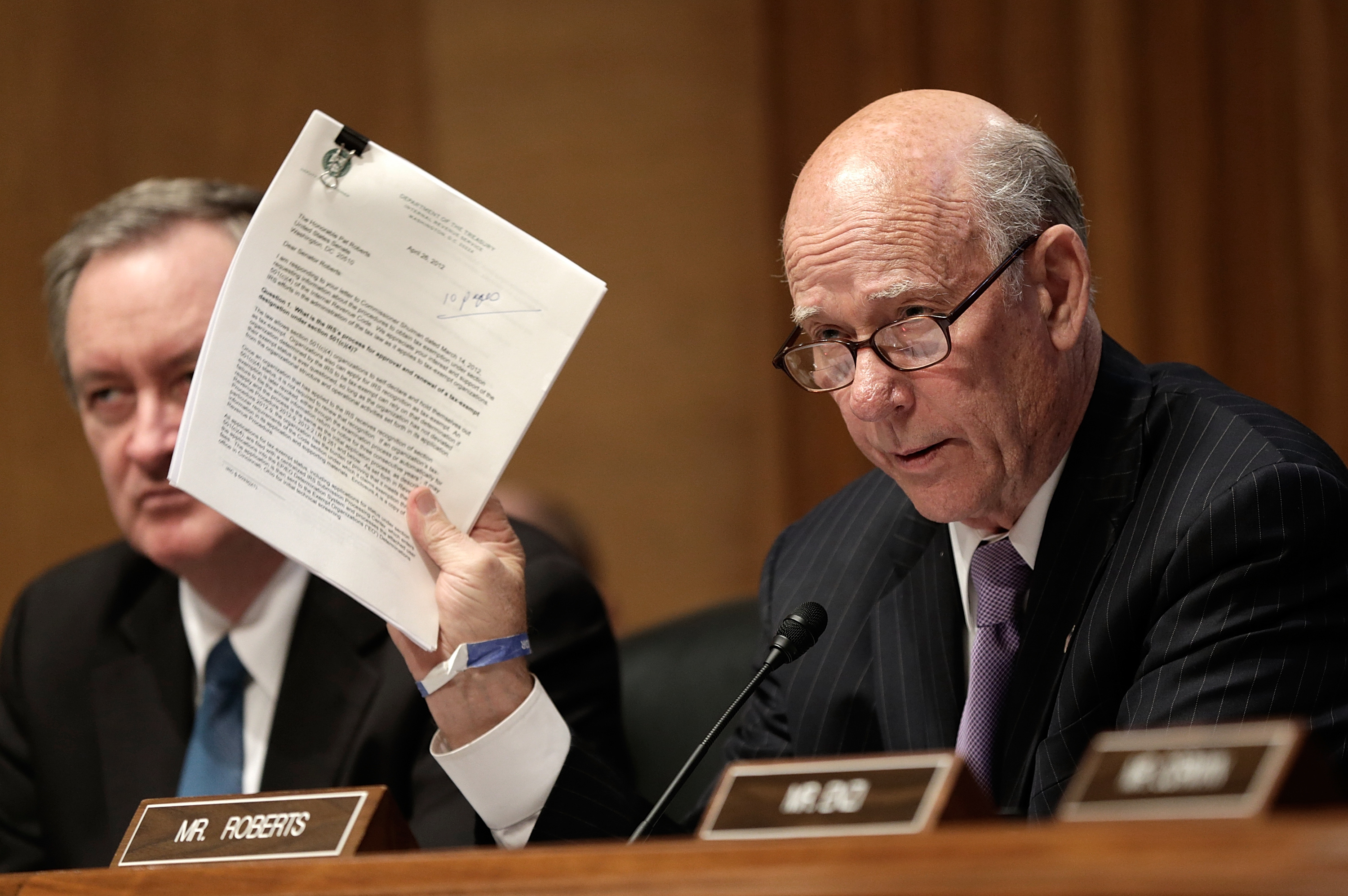 DODGE CITY, Kansas -- Facing an unexpectedly tough fight for reelection, Sen. Pat Roberts, R-Kansas, will have a parade of GOP heavy hitters to help him hit the campaign trail in the coming days.

Former Kansas Sen. Bob Dole, the onetime Senate majority leader and 1996 Republican nominee for president, is lending his stature to Roberts' campaign this week. Sen. John McCain, the 2008 Republican nominee, will be there Wednesday. McCain's running mate, former Alaska Gov. Sarah Palin, will be in the state Thursday, and former Florida Gov. Jeb Bush, who may run for president in 2016, is coming to help on Friday.

It's all part of an attempt to save Roberts, who is fighting for his political life. Months ago, his biggest challenge looked like the Republican primary, where he had to defeat a tea-party-backed local radiologist named Milton Wolf. Despite his primary victory, the trouble wasn't over: now, Roberts is working to beat back a strong challenge from independent Greg Orman.

Appearing alongside Roberts his hometown of Dodge City, Kansas, Monday, Dole talked about his longstanding relationship with his fellow Kansan.

"Pat and I have been friends for some time," said Dole. "When I had a problem in the House getting a bill passed, I'd call Pat."

Though the two may have been similar leaders years ago when they were both in Congress, they don't sound all that similar today.

Dole reminisced about his bipartisan successes, including working with the late Democratic Sen. Daniel Patrick Moynihan to ensure that Social Security remains solvent through 2027.

"We can't let this fail. There are 30 million Americans who rely on Social Security," he recalled saying with Moynihan.

Campaigning in a more partisan era, Roberts argued that what the Senate needs is not bipartisanship, but a Republican majority could fix the Senate's impasse. He called Senate Majority Leader Harry Reid, D-Nevada, "a dictator."

"We have to get the Senate back so we can get things going again," Roberts said.

Republicans will need to pick up six seats to win the majority this fall, and until the challenge from Orman came on the radar about a month ago, Roberts' seat was not one the GOP thought it would have to defend.

Orman, a businessman from the Kansas City suburbs, originally seemed to split votes with Democratic candidate Chad Taylor. But following a brief scuffle over the procedures necessary to remove his name from the ballot, Taylor has dropped out of the race.

The fight isn't entirely over: Although the state Supreme Court last week ordered the Kansas Secretary of State to remove Taylor's name from the Nov. 4ballot, a disgruntled Democratic voter, whose son works for GOP Gov. Sam Brownback's re-election campaign has filed a petition asking that Democrats be forced to name a new nominee. The State Supreme Court on Tuesday sent the case to a lower court, saying more evidence was needed.

A win from an independent would be historic: Republicans have held both Kansas Senate seats since 1938.

On Monday, Dole played the role of beloved hometown politician, even though he retired in Washington, D.C.

"Bob Dole is the last of the statesmen," said Floris Jean Hampton, a retired rancher who lives near Dodge City. Asked if she would vote for Roberts, Floris said, "Everything's on the table."

Dole appeared physically frail and his formerly-deep voice sounded hoarse. He used a wheelchair to manage the trip from the car to the mall where he and Roberts campaigned,once inside the mall, he walked slowly with the help of a member of his security detail.

But he was sharp discussing issues and unleashed at times his characteristically dry sense of humor.

"I have a litany of things that Pat's done for Dodge City, but at my age I've forgot them all," Dole said.

Dole could could offer Roberts some of the bipartisan shine the longtime senator brought to his own work.

"Bob Dole is universally respected in Kansas," said Bill Lacy, a former Dole aide and current director of the Dole Institute for Politics at University of Kansas in Lawrence. "Bob Dole transcends the politics of today."

Roberts and his campaign have said in recent days have suggested that Orman is little more than a liberal Democrat who will vote in lockstep with Reid.

After his GOP primary victory in August, national Republicans urged Roberts to overhaul his campaign. He admitted during a debate that he visited Dodge City only seven times this year, but now, he tells reporters, he visits "every chance I can."

Orman, of Olathe, disclosed in documents submitted to the Senate that he owns assets worth between $21.5 million and $86 million.

Questions have arisen in recent days about the source of Orman's wealth, given his business and personal ties to convicted financier Rajat K. Gupta, a former Goldman Sachs board member sentenced to federal prison in 2012 for insider trading.