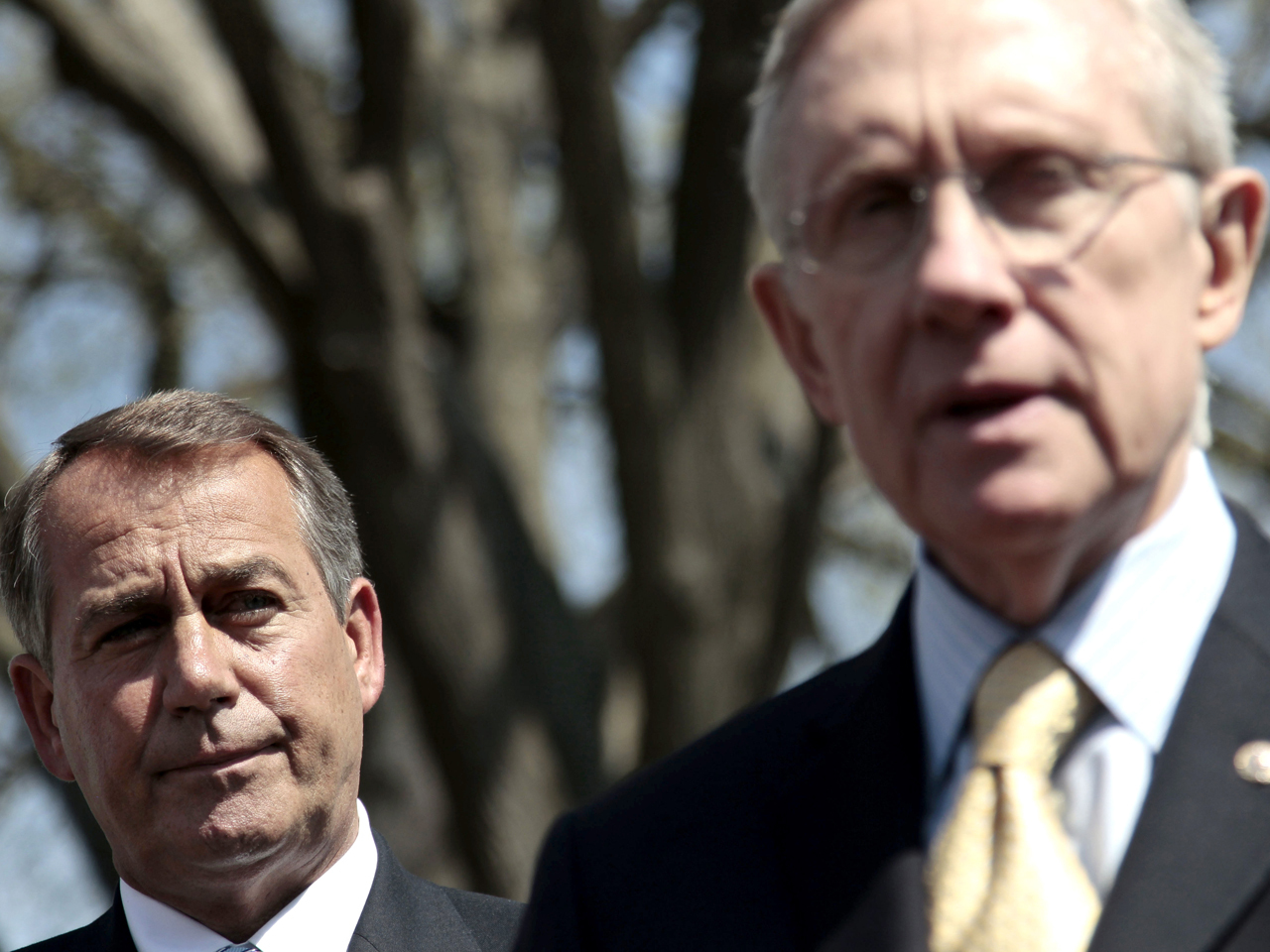 With just hours left for Congress to avert a government shutdown Friday, Republicans and Democrats seemed closer than ever to reaching a budget deal. But at the same time, the negotiations seemed as intractable as ever.

Democrats say Republicans are prepared to shut down the government over a women's health policy rider. Republicans say Democrats still need to "get serious" about spending cuts. Whatever the case may be, if Congress doesn't pass a budget for the rest of the fiscal year by midnight tonight, the federal government will in part stop operating.

On top of that, the aide says negotiators "settled" just about every policy issue Republicans wanted to include in the bill -- for instance, a policy rider over the Environmental Protection Agency is now off the table.

However, Democrats say talks remain stalled over a GOP policy rider to cut Title X funding, which provides a few hundred million in grants for clinics like Planned Parenthood.

"This all deals with women's health," Senate Majority Leader Harry Reid said this morning. "Everything has been resolved, everything... that is the only issue that was left undone when we left the White House last night."

"We agreed on spending cuts, and they still are not happy," he added.

Republicans insist there is no agreement on how much spending to cut from the budget.

"When will the White House, when will Senate Democrats get serious about cutting spending?" Boehner asked, addressing reporters this morning.

Budget battle: What are the sticking points?What a government shutdown means for you Bob Schieffer: Congress' behavior "shameful"

Added Boehner's spokesperson Michael Steel, "While nothing will be decided until everything is decided, the largest issue is still spending cuts. The American people want to cut spending to help the private sector create jobs - and the Democrats that run Washington don't."

A GOP aide told CBS News that aides met last night and discussed the GOP proposal on spending. Republicans then got a counterproposal from Democrats at 9 a.m. this morning. It was a joint proposal by the White House and Senate Democrats. The spending cut figure was around $38-39 billion.

The compilation of cuts was still "not acceptable" to House Republicans, the aide said. The biggest spending issue was that there were still too many cuts to defense.

The aide said the House GOP drafted a counterproposal and gave it to Democrats at 11:30am. The spending cut figure is still $38 billion, but the compilation of cuts are different. Republicans have not heard back from Democrats yet on their counteroffer.

Boehner acknowledged today that Democrats and Republicans are "close to a resolution on policy issues" -- but not completely there.

A congressional aide close to the negotiations told CBS News' Nancy Cordes that, as negotiations stand right now, Democrats have conceded to Republicans on about a dozen policy riders, including one that would prohibit any federal funding for transferring prisoners from Guantanamo Bay to the U.S. for imprisonment or trial.

As for the Title X funding, a Democratic aide told Cordes that Republicans want that money given to states in the form of block grants, apparently so Republic governors would have discretion to funnel that money elsewhere. Democrats oppose that idea, and the aide said they offered Republicans a standalone vote on that rider outside the funding bill. Republicans said no.

Senate Majority Leader Harry Reid said in an exclusive interview Friday that Democrats "are not budging" when it comes to Republican efforts to defund Planned Parenthood and other groups that provide women's health services.

"I have nine granddaughters and I want them to have the peace of mind that if something later goes on I can't help them with, that they can go get a cancer screening, have some information that they can't get at home and we're not going to violate that," he told CBS News' Nancy Cordes.

With negotiations at a stalemate, the House on Thursdaypassed a short-term spending measureto keep the government operating for another week -- while cutting $12 billion from this fiscal year's budget. Congress has already passed two short-term budget bills this year, cutting a total of $10 billion already.

The newest short-term bill includes a policy rider to restrict government funding for abortion services in the District of Columbia, as well as a full year's funding for the Pentagon.

"I think the Senate should follow the House lead and pass the troop funding bill and do it today," Boehner said today.

Reid today Senate Democrats are working on their own short-term funding measure to avert a shutdown.