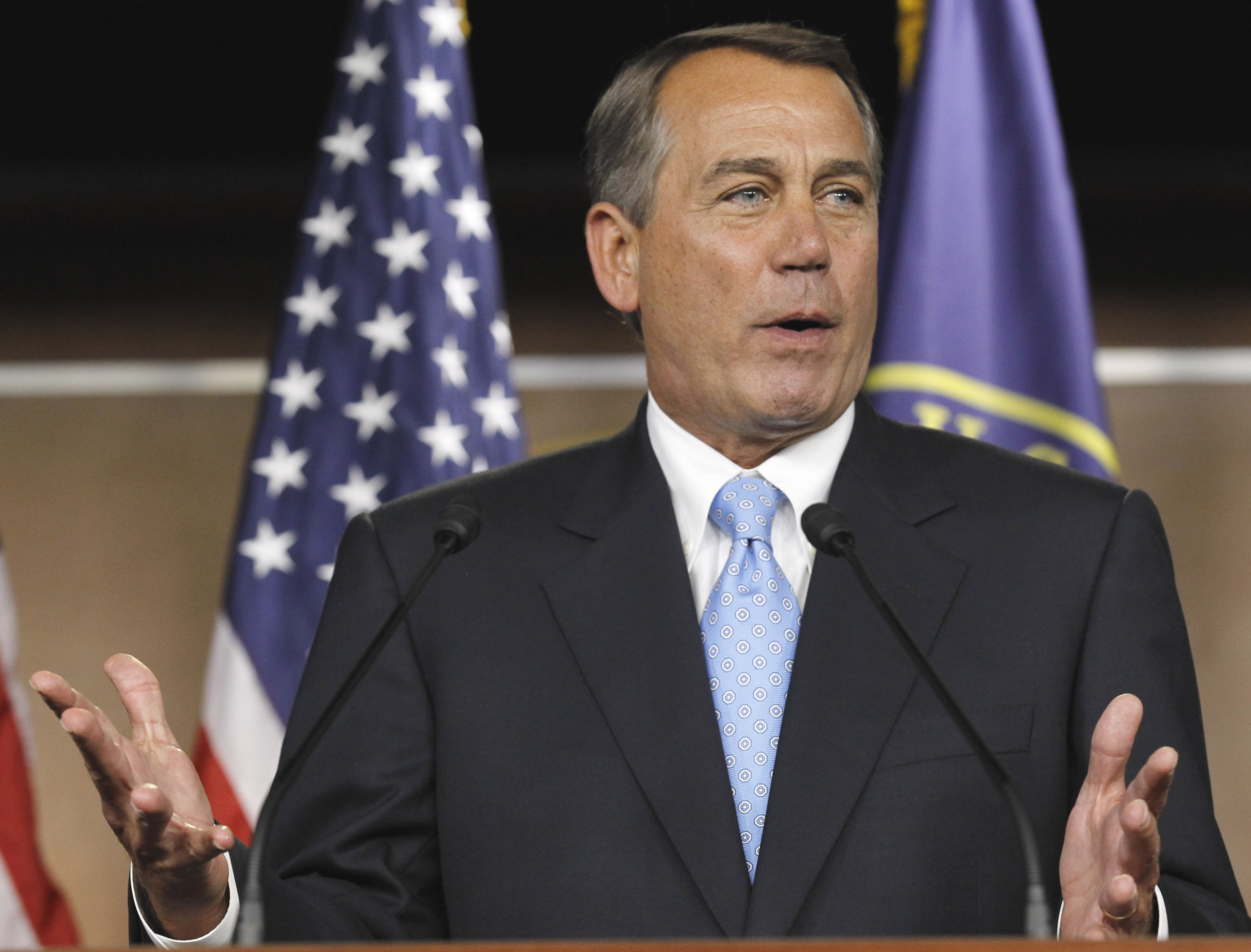 The continuing negotiations over a six-month budget bill remained stalled Friday morning because of disagreements over the level of spending cuts to include, House Speaker John Boehner insisted today.

"When will the White House, when will Senate Democrats get serious about cutting spending?" Boehner asked, addressing reporters this morning.

By contrast, Democrats say they've agreed on $38 billion in spending cuts and that negotiations are stalled over Republicans' insistence on including a policy provision in the legislation dealing with women's health funding. "The debate has nothing to do with the number," Senate Majority Leader Harry Reid said today. "It has everything to do with women's health, that is the only issue that was left undone when we left the White House last night."

President Obama huddled with Boehner and Reid in the Oval Office on Thursday night, and negotiations on Capitol Hill lasted until 3 a.m. early Friday morning.

Boehner did acknowledge today that Democrats and Republicans are merely "close to a resolution on policy issues" -- but not completely there.

If Congress fails to pass a budget for the rest of the fiscal year by midnight tonight, the federal government will in part stop operating. Congress has already passed two short-term budget bills this year, cutting a total of $10 billion.

But with negotiations at a stalemate, the House on Thursday passed a third short-term spending measure to keep the government operating for another week -- while cutting an additional $12 billion from this fiscal year's budget. The measure includes a policy rider to restrict government funding for abortion services in the District of Columbia, as well as Defense Department funding for the rest of the fiscal year.

"I think the Senate should follow the House lead and pass the troop funding bill and do it today," Boehner said.

Reid today Senate Democrats are working on their own short-term funding measure to avert a shutdown.