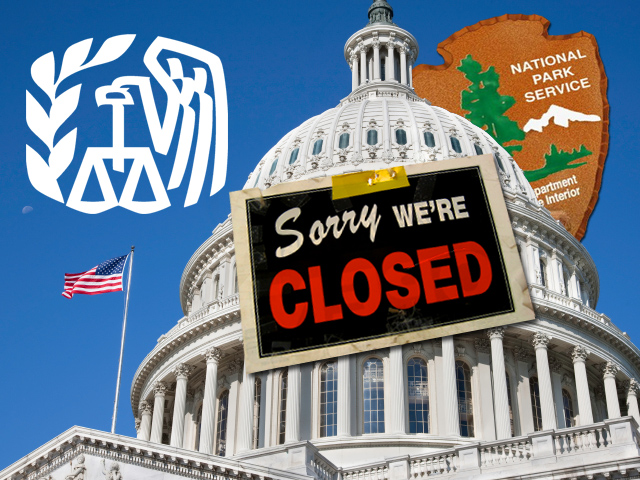 With less than three days to go before the latest deadline to avoid a government shutdown, Congress appears far apart on a deal to fund the government for the next six months (through the end of the fiscal year). And while President Obama has made clear his desire to avoid such a possibility, a shutdown is starting to look increasingly likely.

Obama: Government shutdown would be "inexcusable"

Federal agencies are currently preparing for the possibility of such an event, but questions about the tangible impact of a government shutdown loom - particularly in terms of what it means for millions of Americans who are employed by or rely on the federal government for services.

Below, Hotsheet takes a look at who and what would be directly affected by a government shutdown - who gets paid, who goes home, and whose blackberries go dark - and how that could affect the rest of us.

In the event of a shutdown, the federal government does not actually stop functioning entirely: activities and employees deemed "excepted" (in 1995, the terminology used was "essential") to keeping the nation safe and operational continue to perform. Congress, along with President Obama, presidential appointees and specific judicial employees, are deemed "excepted" and not subject to furlough. Even those excepted federal employees, however, do not get paid until after the government resumes operations.

According to a senior administration official who spoke to reporters in a Wednesday conference call, about 800,000 employees were affected by the shutdown in the government shutdown of 1995 - and a similar number of workers would likely be impacted were the government to close this week.

So how do you know who keeps working and who goes home?

Employers decide who is "excepted" and who gets furloughed - and the latter characterization could fall to any number of the 1.9 million civilian government employees. Plus, according to the Washington Post, "any workers scheduled to take paid leave would not be able to, and some would be eligible for unemployment benefits if a shutdown continued for more than a few days.

Whether or not the furloughed staffers would get paid remains to be seen: they'd only receive back pay if Congress later passed a provision approving it - something that could take months and which may or may not happen.

Additionally, a recent report from Roll Call indicates that some Congress members plan to limit their furloughs and keep their entire staffs at work.