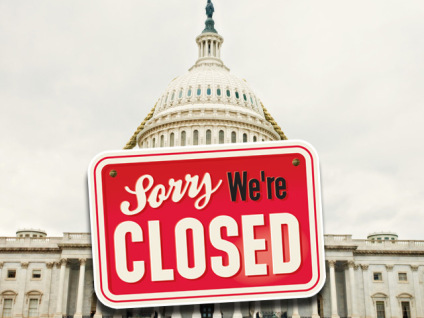 CBS News chief Washington correspondent and "Face the Nation" host Bob Schieffer says that if there's a shutdown lasting longer than a few days, Congress will face outrage from Americans like never before.

"I don't think it will be much impact at first, but if this goes on into next week and it starts inconveniencing people, I think you are going to see outrage like we have never seen before because let's not forget, Congress has been in session since January and up until this point, they have accomplished absolutely nothing," Schieffer said.

"We're into a blame game now. Both sides are trying to blame the other side if the government does shut down," he added. "They've got to get off that and get to thinking about the people that sent them Washington to represent them. This is a shameful episode in the history of the Congress, and I think if this government does shut down for any length of time people are not going to look for who to blame, they're going to blame all of them."

Watch the video from the CBS Evening News above.

Budget battle: What are the sticking points?
What a government shutdown means for you