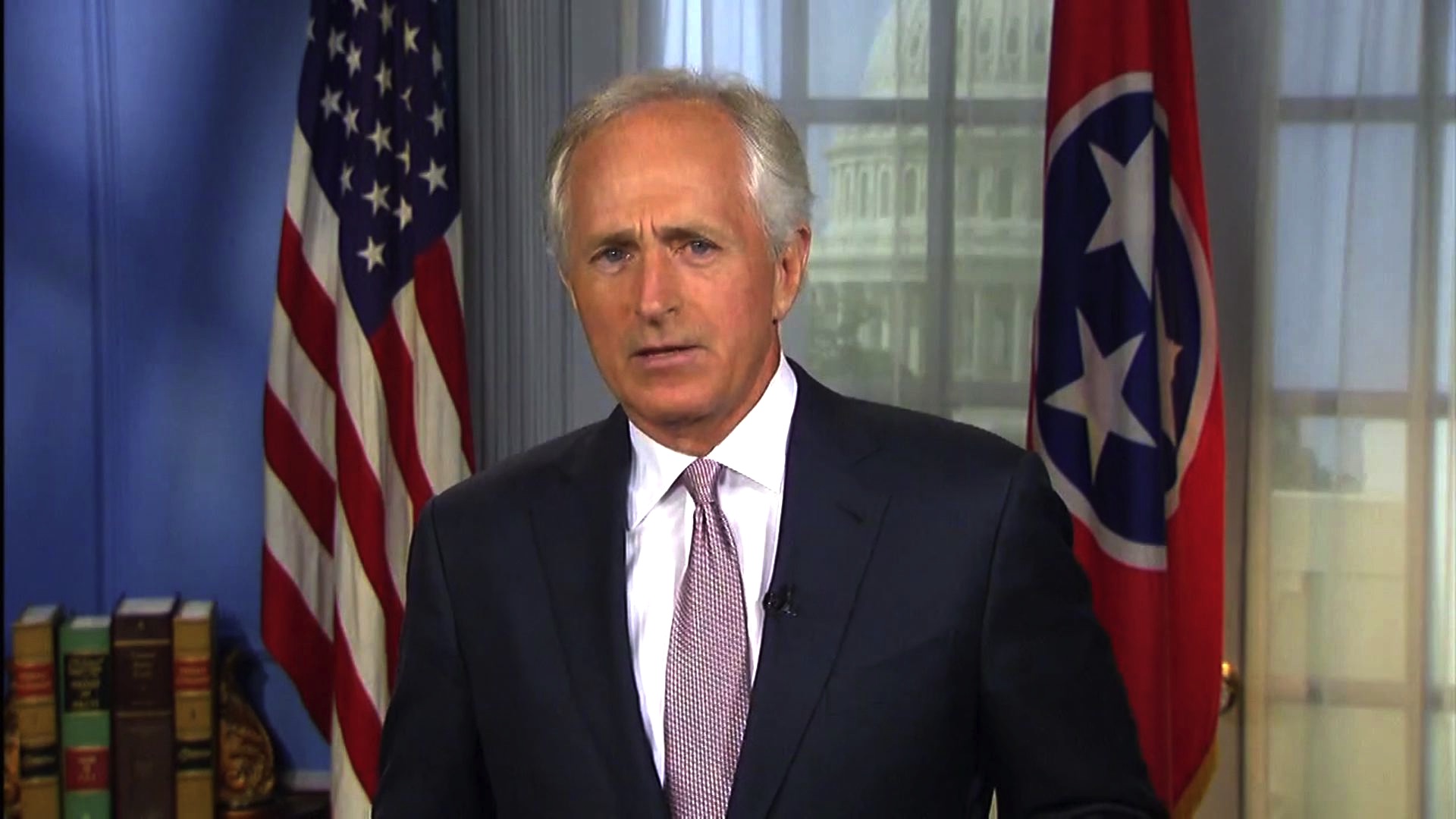 When Congress returns in September from a monthlong recess, it will consider a resolution to disapprove of President Obama's nuclear agreement with Iran, which would lift sanctions on the country in exchange for a rolling back of Iran's nuclear program. In the lead up to the vote, Republicans are on the offensive, attacking the White House for a deal they say is not "in our national interest."

"The administration has tried to undermine the spirit of the law by going straight to the U.N. for approval in hopes of pressuring Congress to accept it," Sen. Bob Corker, R-Tennessee, said Saturday in a video. "Congress must not be intimidated by this. The real decision for lawmakers isn't this deal or war. The real decision is whether Congress believes this deal is in our national interest."

The United Nations Security Council endorsed the deal last month, paving the way for the U.N. to drop its own sanctions on Iran.

And since the negotiations came to a close in July, the president himself has launched a campaign to win over congressional Democrats to support the nuclear agreement. With a Republican majority in both chambers, it's likely that a measure disapproving of the deal will pass through Congress. The president has threatened to veto that bill if it comes to his desk.

In order to prevent an override of the veto, Mr. Obama will need to ensure that legislators in his own party see the deal his way.

"Either the issue of Iran obtaining a nuclear weapon is resolved diplomatically through a negotiation or it's resolved through force, through war," Mr. Obama said last month. "Those are the options."

But Corker, the Senate Foreign Relations Committee chair, lobbed a shot directly at the president, accusing him of misleading Congress over the deal's necessity.

"The president has said repeatedly that this is a choice between accepting this deal or going to war. It is not," Corker said. "Throughout the negotiations, the administration routinely asserted that 'no deal is better than a bad deal' and threatened to walk away if necessary. So clearly there was always another option for the White House -- and it wasn't war."

Corker laid out his objections, saying the agreement doesn't guarantee "anytime, anywhere inspections" nor does the deal allow U.S. inspectors on the ground.

"Instead of the once-promised 'anytime, anywhere' inspections, this agreement gives Iran nearly a month of advanced notice to hide any evidence of developing a nuclear weapon," the Tennessee Republican said. "Even worse, there are two secret side deals -- we can't ever see -- that appear to restrict inspectors' access to key sites."

"Iran will go from a weakened state to an economically robust country without being forced to change any of its roguish, destructive behavior," Corker said.

In his own video, Mr. Obama celebrated the 50th anniversary of the Voting Rights Act with a reminder that, even half a century later, American citizens are still struggling to vote.

"Fifty years after the Voting Rights Act, there are still too many barriers to vote and too many people trying to erect new ones. We've seen laws that roll back early voting, force people to jump through hoops to cast a ballot or lead to legitimate voters being improperly purged from the rolls," Mr. Obama said Saturday, in a subtle knock against Republican-led initiatives at the state level to cut back early voting and minority access. "In a democracy like ours, with a history like ours, that's a disgrace."

The president also called on Congress to pass new legislation ensuring Americans have "equal access to the polls," following in the path of the Voting Rights Act.

"The Voting Rights Act broke down legal barriers that stood between millions of African-Americans and their constitutional right to cast a ballot. It was, and still is, one of the greatest victories in our country's struggle for civil rights," Mr. Obama said. "But it didn't happen overnight. Countless men and women marched and organized, sat in and stood up, for our most basic rights."

"The promise that all of us are created equal is written into our founding documents - but it's up to us to make that promise real," the president said.