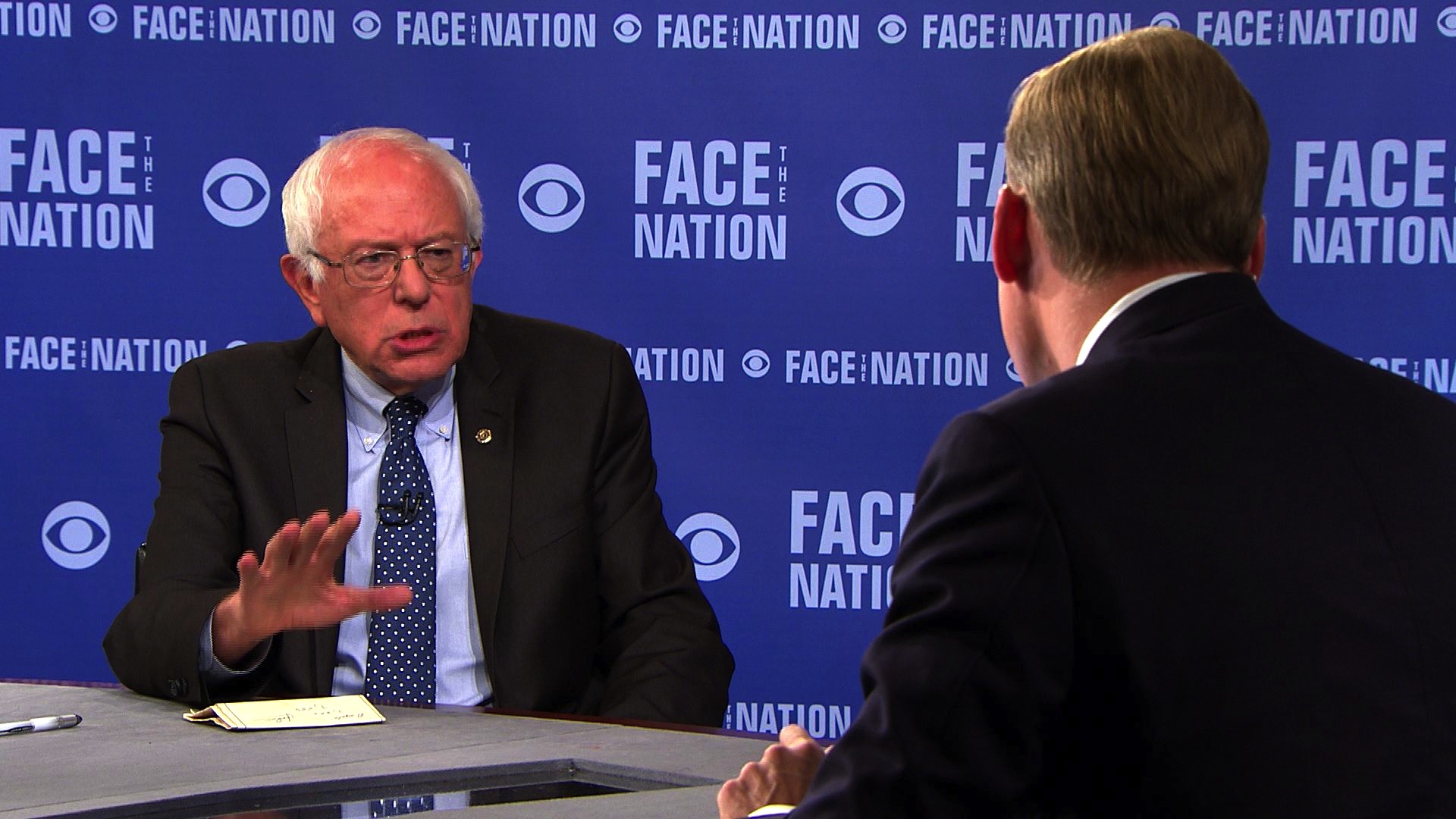 Vermont Sen. Bernie Sanders declared his support for the Iranian nuclear agreement Friday during an interview to air on CBS News' "Face the Nation," telling host John Dickerson that the U.S. should take every necessary step to "make sure that we achieve that goal of Iran not having a nuclear weapon without going to war."

Sanders, an independent who caucuses with Democrats and is seeking the 2016 Democratic presidential nomination, offered a clear "I do" when asked whether he supports the agreement.

"I'm not going to tell you that this is a perfect agreement. And every agreement can be better," Sanders added.

Dickerson noted President Obama's recent assertion that the Republicans who are striving to kill the agreement are "making common cause" with the hard-liners in Iran who oppose the deal.

"I wouldn't frame it that way," Sanders replied. "This is what I saw recently in the Republican debate. It's so easy to be critical of an agreement which is not perfect. But the United States has to negotiate with, you know, other countries. We have to negotiate with Iran.And the alternative of not reaching an agreement, you know what it is? It's war. Do we really want another war, a war with Iran?"

"So I think we go as far as we possibly can in trying to give peace a chance, if you like. Trying to see if this agreement will work," he continued. "And I will support it."

Congress is currently barreling toward a vote in September that will allow lawmakers to vote to approve or disapprove the agreement, which would relieve sanctions on Iran in exchange for restrictions on the country's nuclear energy program.

With the GOP holding majorities in both chambers, it's likely a disapproval measure will be sent to the president's desk. Mr. Obama has vowed to veto it, however, and it's not clear Republicans can persuade enough Democrats to join their push to override that veto.

Sanders' expression of support for the deal brings the Democrats one step closer to securing the 34 votes necessary to prevent a vote to override Mr. Obama's veto. But Democratic support for the agreement is far from unanimous: on Thursday, New York Sen. Chuck Schumer, who's likely to lead the Democratic caucus in the next Congress, declared his opposition to the deal.

Sanders is currently trailing Democratic frontrunner Hillary Clinton in early polls of the Democratic primary, though some surveys indicate he's making more headway in early voting states like Iowa and New Hampshire than he is nationally.