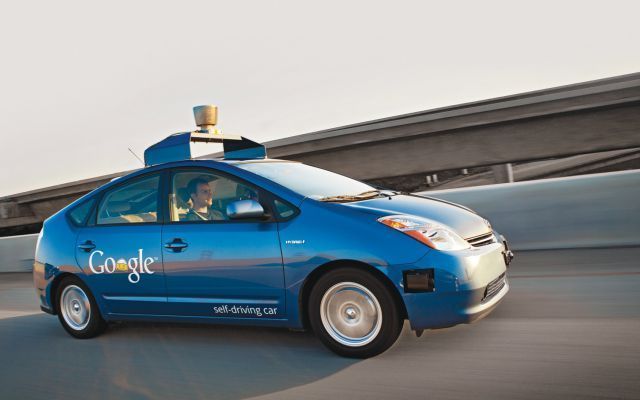 Google's self-driving car might be finding its voice. In its latest monthly report on the futuristic technology, Google wrote that it is "developing the voice of a self-driving car" -- and it sounds like a honk.

"The human act of honking may be (performance) art, but our self-driving cars aim to be polite, considerate, and only honk when it makes driving safer for everyone," the report reads.

In the report, Google's engineers described how the autonomous vehicles are designed to recognize when honking could alert other drivers of the self-driving cars' presence. Initially, the Google engineers only made sure the horn would play inside the vehicle itself so that other drivers wouldn't be confused by a "wayward beep." To improve accuracy, Google's test drivers record each beep, making note of when it sounded at an appropriate time.

These tests have allowed Google to improve its honking algorithms for its cars, the company says.

The cars have also been taught to use different kinds of honks for different situations.

"If another vehicle is slowly reversing towards us, we might sound two short, quieter pips as a friendly heads up to let the driver know we're behind," the report reads. "However, if there's a situation that requires more urgency, we'll use one loud sustained honk."

Google says that, eventually, its cars will be able to predict how other drivers on the road will respond to a situation-specific honk of the horn.

SSC North America made a second attempt to break the record for the world's fastest production car after doubts were raised over its first attempt in October.

Hundreds of survivors in Europe are receiving their vaccines on Holocaust Remembrance Day.

SSC North America made a second attempt to break the record for the world's fastest production car after doubts were raised over its first attempt in October.

Hundreds of survivors in Europe are receiving their vaccines on Holocaust Remembrance Day.

A report written by three Centers for Disease Control scientists and published in the Journal of American Medical Association stated that "there has been little evidence that schools have contributed meaningfully" to COVID-19 spikes.