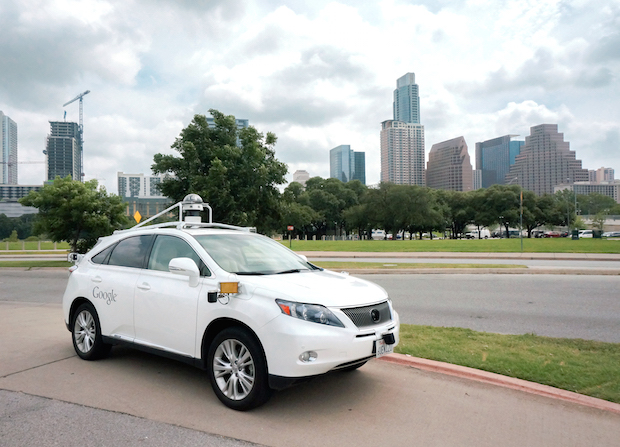 A self-driving car being tested by Google struck a public bus on a city street in California, a fender-bender that appears to be the first time one of the tech company's vehicles caused an accident.

The collision occurred on Valentine's Day and Google reported it to California's Department of Motor Vehicles in an accident report that the agency posted Monday.

The car was rolling at 2 mph and the bus at 15 mph. No one was injured.

The report does not address the issue of fault. However, Google wrote that its car was trying to get around some sandbags on a street in Mountain View, California, when its left front struck the right side of the bus.

The car's test driver - who under state law must be in the front seat to grab the wheel when needed - thought the bus would yield and did not have control when the collision happened, according to Google's report.

This is the second crash Google has reported to the DMV this year, CBS San Francisco reports. So far, there have been more than a dozen accidents involving the company's self-driving cars. None resulted in serious injuries. In most cases the Google vehicles were rear-ended or side-swiped by other cars.

Google has been testing a fleet of modified SUVs and prototype cars on the streets of Mountain View, near the company's Silicon Valley headquarters, as well as in Austin, Texas, and Kirkland, Washington, as part of its Self-Driving Car Project. The company's goal is for the vehicles to become fully self-driving.

DMV spokeswoman Jessica Gonzalez said the agency hoped to speak with Google on Monday about what went wrong.