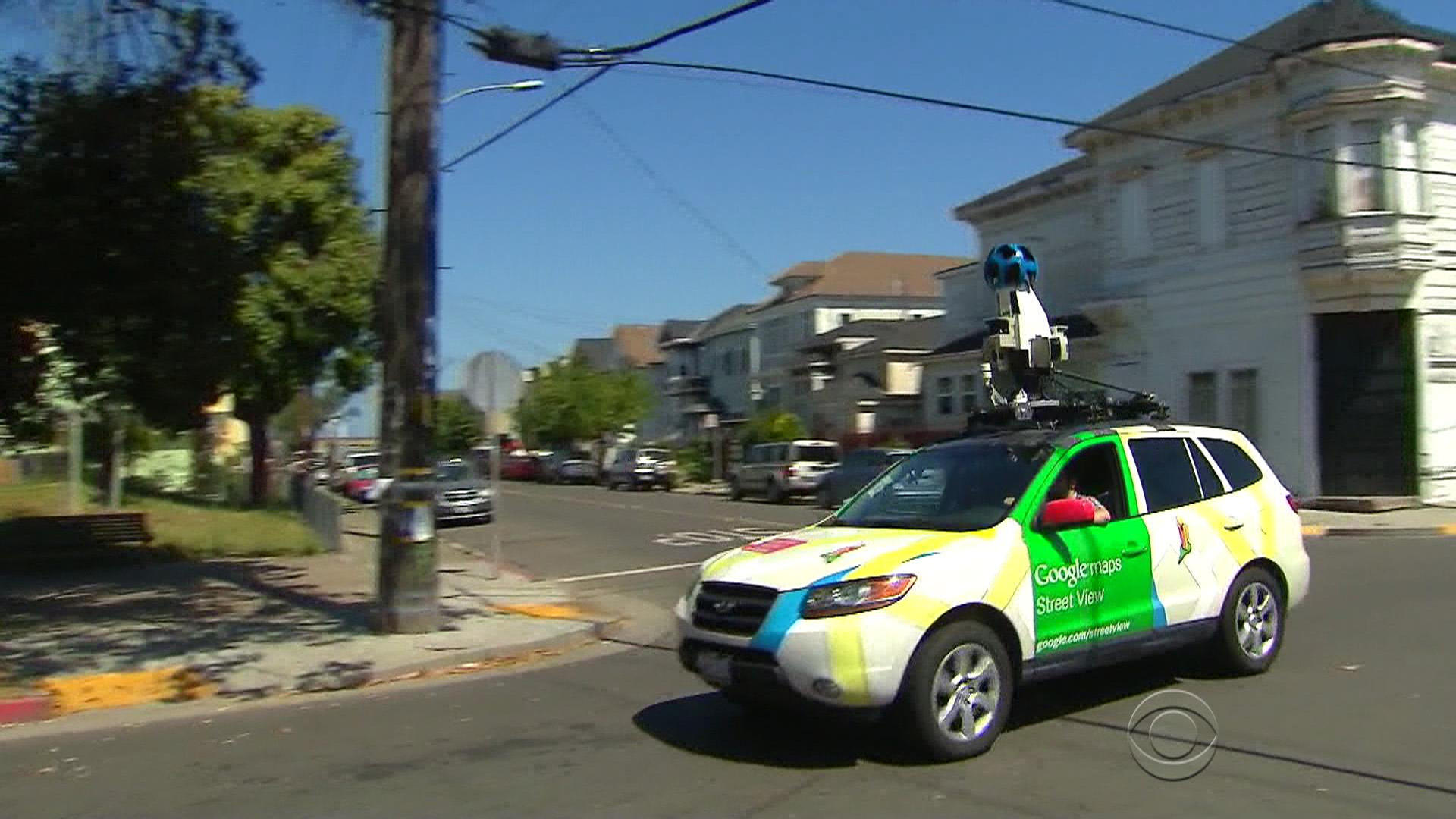 OAKLAND -- In Oakland, California, the Google cars that collect maps and photographs of city streets have also been collecting air, and measuring pollution block by city block.

Melissa Lunden is the chief scientist for Aclima, the company that built the pollution sensing equipment added to Google's Street View cars.

"These are sampling gases like ozone, NO, NO2, CO2, methane," Lunden says. "You see the traffic, you see the streets, you can see the air pollution. That data is uploaded to the internet in real time."

The result is a detailed map that shows exactly where the air in Oakland is most polluted.

"This hot spot is around a 100 meters of that road, persistent over a year," Lunden says.

In the future, this technology could provide city maps with pollution levels in the same way we can now see traffic jams on smartphones.

"You could also take this kind of data and give a biking route or a walking route or a route to school, where you minimize your exposure to pollutants," Lunden says.

Steve Hamburg is the chief scientist for the Environmental Defense Fund, which helped pay for the pollution mapping project. He says detailed pollution maps could even impact real estate prices.

"We now have an ability to really make that pollution visible to everybody," Hamburg says.

"You don't right now know what you're buying. This will make it transparent, and that puts more pressure, again, let's fix these problems," he says.

It's a technology that makes visible what is now mostly invisible, and when it comes to air pollution, what you can't see can hurt you.