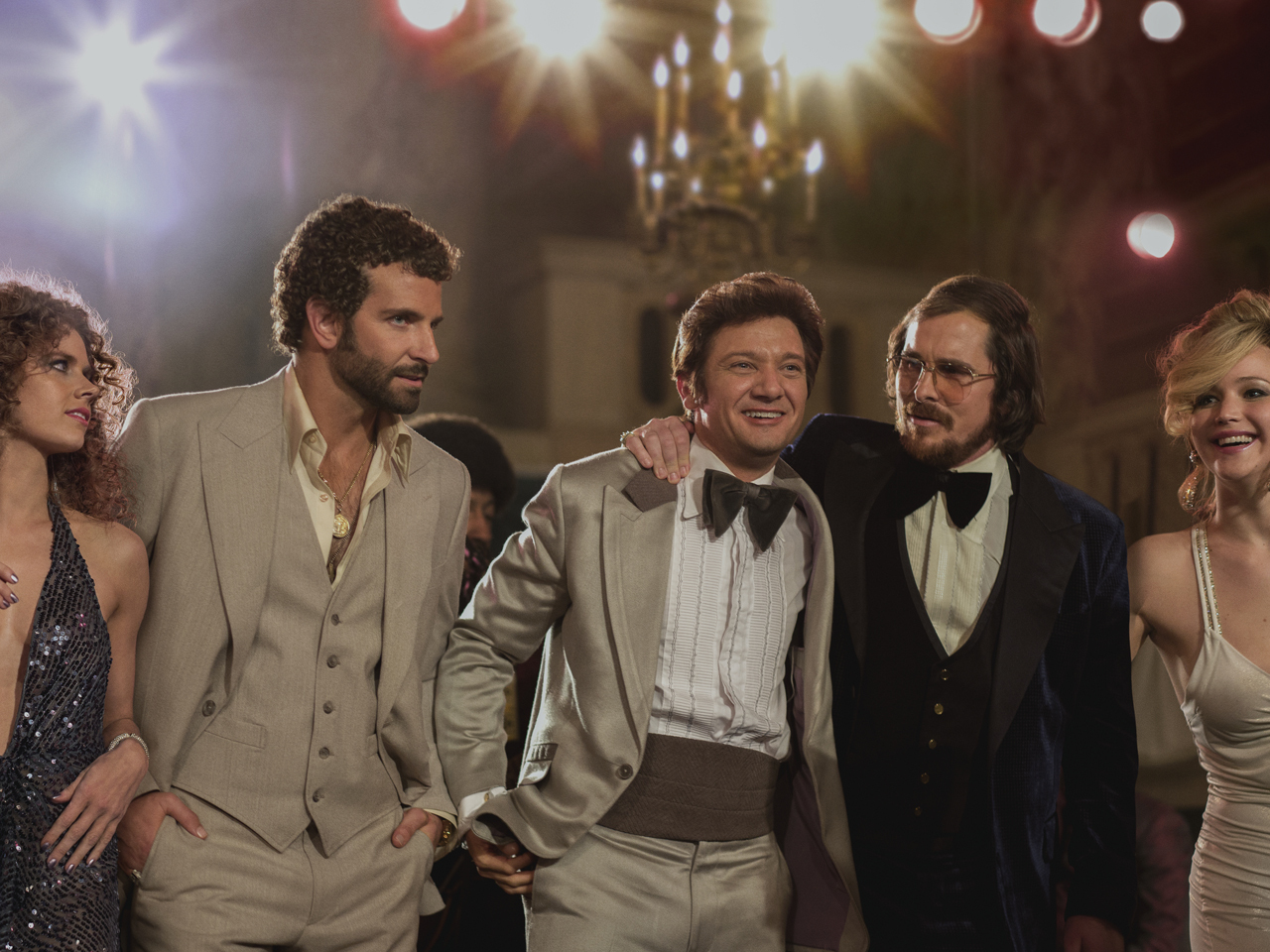 Nominees for the 71st annual Golden Globe Awards have been announced, with "American Hustle" and "12 Years a Slave" tied for the most with seven bids each.

The nominations announced Thursday morning by the Hollywood Foreign Press Association spread the nominations around, but the large haul for the 1970s con-artist caper and the slavery epic suggest those films may be this year's Oscar favorites.

Hailed by critics as the movies' most unblinking portrait of slavery, "12 Years a Slave" verified its front-runner status with nominations including best film drama, Chiwetel Ejiofor for best actor in a drama and Steve McQueen for best director.

"American Hustle" dominated on the Globes' other category side: comedy or musical. The fictionalized story of the FBI's Abscam investigation in the late 1970s earned nominations for best movie comedy, Christian Bale for best actor in a comedy, Jennifer Lawrence for best supporting actress in a comedy and David O. Russell for best director.

Those nominated in the comedy/musical film category are "American Hustle," "Her," "Inside Llewyn Davis," "Nebraska" and "The Wolf of Wall Street."

The last film of 2013 to screen, Scorsese's three-hour financial industry extravaganza had been one of the biggest question marks this awards season. Along with the best picture nomination, it earned one for Leonardo DiCaprio's leading performance.

Most notably shutout was "Lee Daniels' The Butler," the Civil Rights history told through a long-serving White House butler played by Forest Whitaker. That film earned three nominations a day earlier (for Whitaker, Oprah Winfrey and the film's overall cast) when the SAG Awards nominations were announced).

On the television side, "The Big Bang Theory," "Brooklyn Nine-Nine," "Girls," "Modern Family" and "Parks and Recreation" are nominated for best comedy series. The shows nominated for best drama are "Breaking Bad," "Downton Abbey," "The Good Wife," "House of Cards" and "Masters of Sex."

Previously announced, writer-director Woody Allen will be honored with the press group's Cecil B. DeMille Award. Allen, who typically avoids award ceremonies, has said he would not attend the Golden Globes. It was reported last week that actress Diane Keaton would accept his lifetime achievement award in his place.

Tina Fey and Amy Poehler are returning to co-host the Golden Globes ceremony, which will be held on Jan. 12.

The last two years, one of the Globes' best-picture winners went on to top the Academy Awards. Last year, the Globes awarded Ben Affleck's "Argo" best picture for drama. The year before that, the silent film ode "The Artist" won best picture for a comedy.