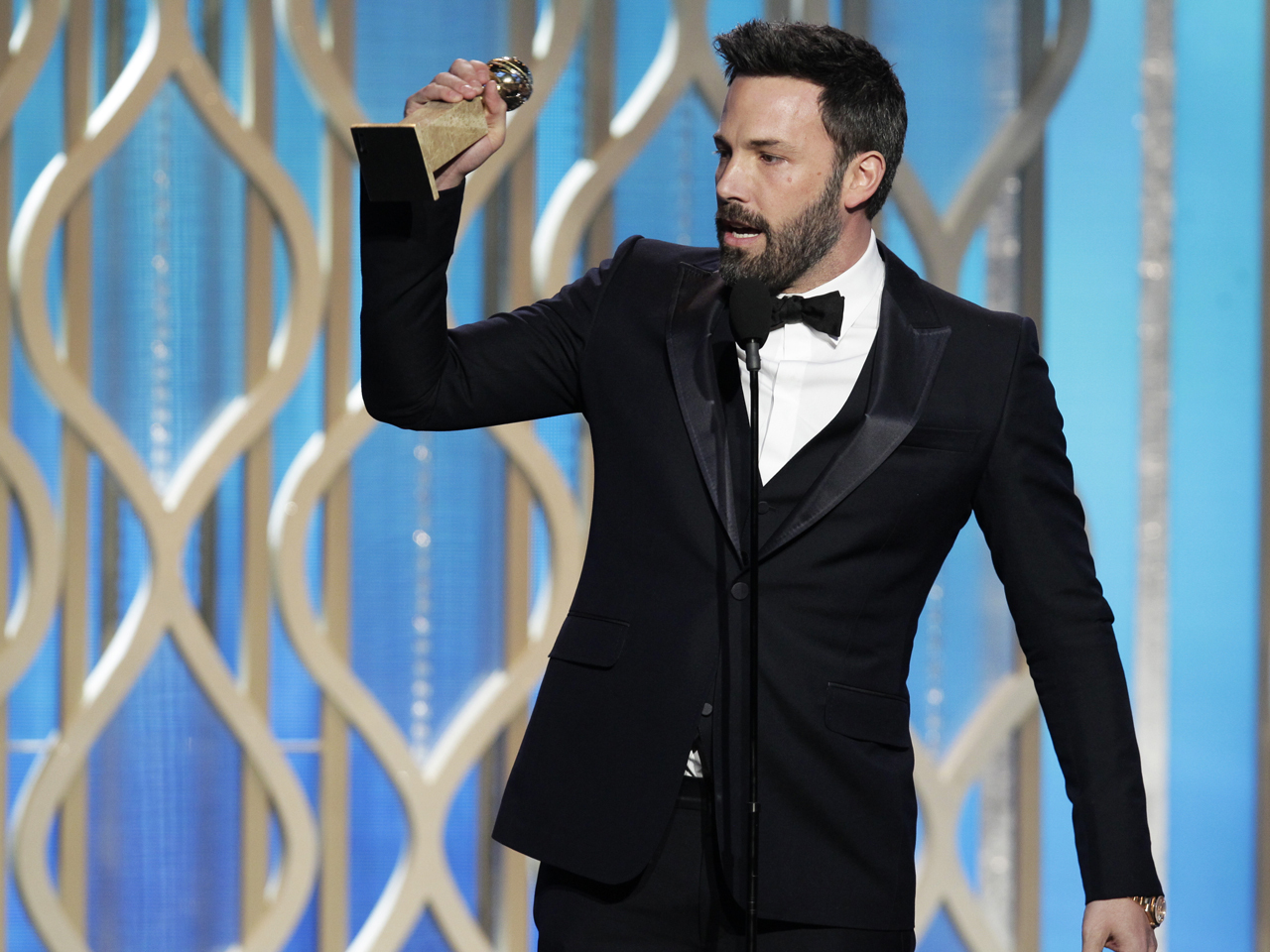 "Argo" was the best drama winner at Sunday's Golden Globe Awards, beating out the Civil War epic "Lincoln," which had emerged as an awards-season favorite.

The Iran hostage thriller also claimed the directing prize for Ben Affleck, a prize that normally bodes well for an Academy Award win -- except he missed out on an Oscar nomination this time.

Affleck is now in an unusual position during Hollywood's long awards season, taking home the top filmmaking trophy at the second-highest film honors knowing he does not have a shot at an Oscar.

And the night left "Argo" taking home the top prize at the Globes but standing as a longshot for best picture at the Feb. 24 Oscars, where films almost never win if their directors are not nominated.

In a breathless, rapid-fire speech, Affleck gushed over the names of other nominees presenter Halle Berry had read off: Steven Spielberg for "Lincoln," Ang Lee for "Life of Pi," Kathryn Bigelow for "Zero Dark Thirty" and Quentin Tarantino for "Django Unchained."

"Look, I don't care what the award is. When they put your name next to the names she just read off, it's an extraordinary thing in your life," Affleck said.

Daniel Day-Lewis won the award for best actor in a drama for the title role in "Lincoln," while the dramatic actress honor went to Jessica Chastain for playing a CIA agent in "Zero Dark Thirty."

Besides the three wins for "Les Miserables" and two for "Argo," the show was a mixed bag, with awards spread around a number of films. "Lincoln" came in leading with seven nominations but lost all but one, for Daniel Day-Lewis as best actor in the title role of "Lincoln."