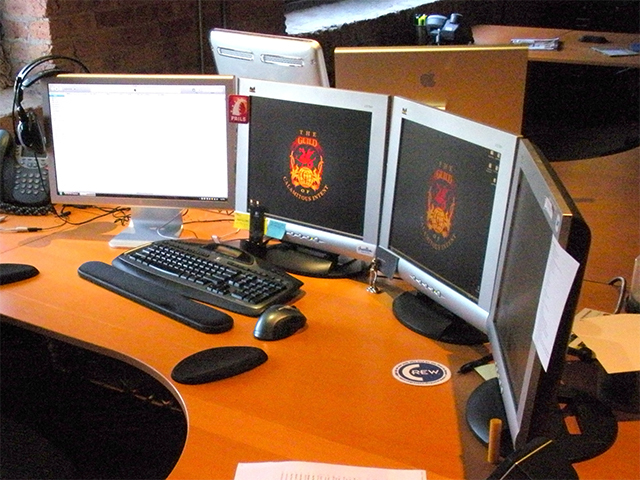 (MoneyWatch) It's surprising, given how popular multiple monitors are in offices, that Microsoft has been so stingy in supporting them. Sure, multiple monitors work great in Windows 7 if all you want to do is duplicate or extend your desktop. But users have begged Redmond for all sorts of additional features for almost 15 years now.

Only with Windows 8 was it possible to duplicate the taskbar and app icons on a second monitor, but what happens if you're still using an older version of Windows? Actual Multiple Monitors is a great utility that (for $25) delivers just about every multiple-monitor convenience you can possibly think of. Wait for Microsoft? Not anymore.

Perhaps the most obvious feature delivered by Actual Multiple Monitors is the ability to control how the task bar behaves on the second display. You can have the second monitor's taskbar show only programs that are running on that display, for example -- or duplicate the icons displayed on the primary monitor. And you finally have the option to display a start button on the second display.

That's just scratching the surface, though. The program puts new controls in the title bar of open windows and programs that, with a single click, can send a program to the other monitor or span both displays.

And has it ever bugged you that Windows doesn't let you put a different background image on each display? Actual Multiple Monitors lets you set a custom wallpaper for each monitor.

All that's great, but I especially like mouse locking. This feature lets you keep the mouse "locked" to a particular monitor so that it doesn't accidentally stray to the other display. This is handy for times when you're using one monitor to display reference information only and thus don't need to control it. Or, as an alternative, you can enable desktop wrapping, in which moving off the extreme end of one display takes you back to the other monitor.

There's a surprising wealth of multimonitor goodness in Actual Multiple Monitors. It offers many things I've always wanted from Windows, and others that I didn't realize were so handy until this program delivered them. If you spend all day looking at two displays in either Windows 7 or Windows 8, you owe it to yourself to check out this utility.