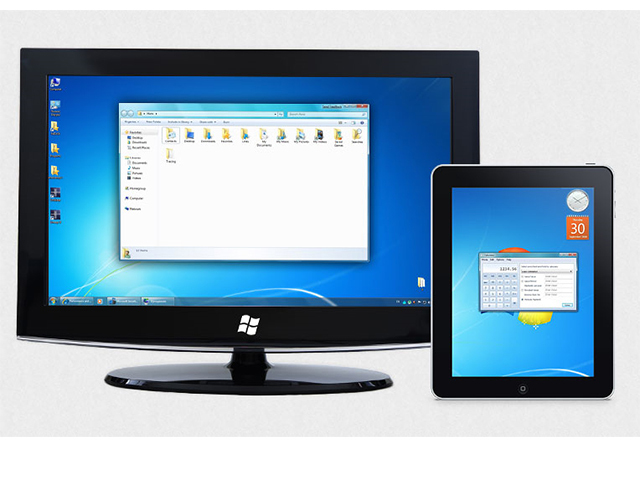 (MoneyWatch) Do you feel deprived having only monitor on your desk? Would you like a second one, but don't want to shell out the money? If you have an iPad, you can take advantage of the device's high-resolution screen and use it as if it were fancy wireless monitor.

A number of apps can transform your tablet into a display, but until recently they cost a few bucks. Now, Avatron has just released a free version of its popular Air Display app.

Air Display is a great little second screen for your PC or Mac, but it costs $10. The free version of Air Display has all the same features and abilities, but it adds advertising to the mix, so you have to contend with an ad on your extended desktop.

Not only does Air Display extend the desktop, it also takes advantage of the iPad to let you use it as a touchscreen. That's handy, but anyone with meaty fingers won't want to do that all the time, as it can be hard to aim at Windows controls. It's the same problem that Windows 8 users are finding when they try to touch their way around the desktop. Speaking of Windows 8, though, beware: the app does not work with the newest version of Microsoft's operating system, so you'll need Windows 7 or older system versions.

One of my favorite features is that Air Display (and Air Display Free) works in both "portrait" and "landscape" modes -- just rotate the iPad and it automatically changes.

Consider Air Display Free on a trial basis. If you like the way that it works, $10 gets you a version without advertisements on your desktop.