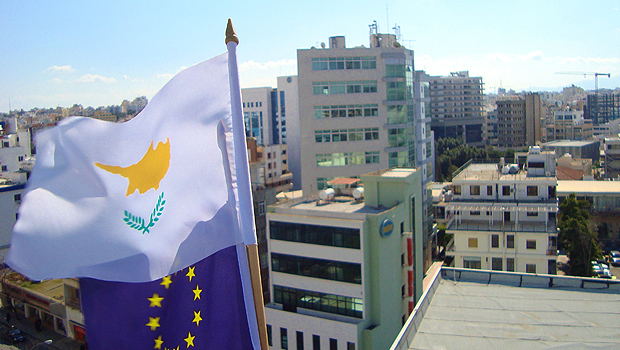 BERLIN When it came to helping out Greece, Ireland and Portugal, Germany grudgingly went along with its European partners and backed hundreds of billions in rescue loans. But now that tiny Cyprus is in trouble, German politicians appear even less eager to help - which could put the Mediterranean island country on the path to bankruptcy and out of the eurozone.

For Chancellor Angela Merkel's government, the bailout for the nation of some 850,000 people is proving to be the most difficult rescue loan package yet.

Germany's lawmakers, who have a pivotal role because they must approve all European bailouts, are balking at helping out a country they see as a haven for Russian tax evaders and money launderers run by a government that isn't fully committed to financial and structural reforms. Moreover, they wonder openly whether tiny Cyprus going bust would affect the eurozone at all.

"To make it very clear: I do not want to vouch for black Russian money," said Volker Kauder, the influential caucus leader of Merkel's conservative bloc. Another coalition leader, Rainer Bruederle, warned there was currently no majority for a Cypriot bailout because there were "too many question marks."

Eight months ahead of national elections in Germany, the main opposition party, the center-left Social Democrats, is openly threatening to veto the bailout. Given the rising number of dissenters in her conservative bloc, Merkel for the first time stands a real risk of losing a vote on her European policies.

Compared to the multibillion-euro rescue packages for Greece or Portugal, Cyprus seems like small change. The country, the third smallest economy in the 17-nation eurozone, is after a rescue loan almost the same size as its $23.2 billion economy to recapitalize banks and keep the government afloat. So far, Greece has received roughly $319 billion in rescue loans while Ireland got $89.7 billion after it struggled to prop up its banks.

But economists say it remains a mystery how Cyprus would get back on its feet after taking on more debt and imposing austerity measures on an economy already in recession.

"It's not realistic to think Cyprus would be able to pay back that much, there must be a form of debt write-off at some point," said economist Christoph Weil of Germany's Commerzbank.

The island's financial problems stem from its banking industry, which holds assets eight times the size of the country's economy. The banks used their money, a sizeable chunk of which came from Russian investors, to make big investments in banks and other businesses in Greece - a nation with whom Cyprus shares the language and has historically close ties.

Greece sought a bailout in 2010 and Athens' debt was later restructured as part of a second bailout, causing severe losses for the holders of Greek bonds, among them many Cypriot banks.

The government has been shut out of international bond markets for more than a year after its borrowing costs spiraled. Last year it secured a $3.3 billion emergency loan from Russia, and it currently gets by with funds borrowed from state-owned companies. Cyprus insists securing the bailout is vital because it will run out of money to pay salaries after March.

The bailout to recapitalize banks is estimated to total $13.3 billion, with up to another $9.3 billion to keep the government afloat. The loans could easily drive up the country's debt to some 150 percent of its economy - a level widely considered unsustainable for a small economy like Cyprus. Rating agencies have already downgraded the country deep into junk status.

Cyprus' aid request will also feature prominently on the agenda of European finance ministers meeting Monday in Brussels, although a final decision is unlikely to be made before March.

German lawmakers insist there are serious issues that need to be addressed beforehand.

Some of their concerns stem from a leaked report from Germany's foreign intelligence agency. In the report, the BND said that money-laundering is widely practiced in Cyprus, also concluding that the bailout would ultimately benefit Russian business people whose assets there were estimated to total $26.6 billion.

Many German lawmakers therefore insist that bond investors, many of whom are Russian, in Cyprus' banks bear some of the burden of the rescue and take a "haircut" on their investments. Overall, they are up in arms over what they say is throwing German taxpayers' money at Russian billionaire.

"I'm certain that all this talk is nothing but allegations and many times, reports published with ulterior motives in mind are intended to do us harm," Finance Minister Vassos Shiarly said last week.

Cyprus has also come under fire for not doing enough to stabilize its economy and introducing tough reforms and austerity measures.

It has so far resisted calls from, among others, German lawmakers for privatizations, raising its low corporate tax and ending its policy handing out citizenships to those investing more than $13.3 million or stashing more than $19.9 million in a bank account there - which is one of the easiest ways for, say, wealthy Russians to gain the right to live anywhere in the 27-nation EU.

"Cyprus' financial system must be cut down to size," said Priska Hinz, the opposition Greens' ranking member on Germany's budget committee. "It's not sufficient to put all EU laws against money laundering and tax evasion on the books, the key is enforcing them," she said, echoing a concern also voiced by the European Commission.

In Germany, Europe's biggest economy, politicians are also questioning whether the country is worth rescuing. Last year, there were very worries that if Greece defaulted, the entire eurozone would collapse as fear spread throughout the bloc and investors pulled their money.

But with the eurozone experiencing a lull in its crisis, it seems that the debate about Cyprus isn't about too big to fail, but about too small to matter.

Lawmaker Nobert Barthle, the ranking member of Merkel's bloc on the budget committee, insisted the IMF and the EU lenders must clearly address that issue.

"This is the core question: Will a possible Cypriot bankruptcy threaten the stability of the eurozone as a whole?" he wonders.

Many German politicians argue that a bankruptcy of Cyprus, which accounts only for 0.19 percent of the bloc's $13.3 trillion output, wouldn't necessarily affect the rest of the eurozone.

"But of course there is always a political risk: If we give up a small country, financial markets could start testing whether another country might fall," Hinz said.

While many economists say Cyprus isn't systemically relevant, most of them still expect that the country will get a bailout after more months of arduous negotiations and concessions.

"The eurozone countries are likely to eventually come up with a rescue package, if only for political reasons," analyst Weil said.

The sum to rescue tiny Cyprus after all is relatively small so that eurozone leaders will prefer paying - and writing off some of the money later - than risking the political backlash of giving up the country, which could weaken the bloc and might see Cyprus drifting away.

"Cyprus is politically relevant: It sits on a divided island and is geographically closer to the Middle East than to Europe," Hinz said. "If the EU fails the country, it might well turn to its ally Russia, Turkey or the Middle East."

Harry Dent and the chamber of poor returns