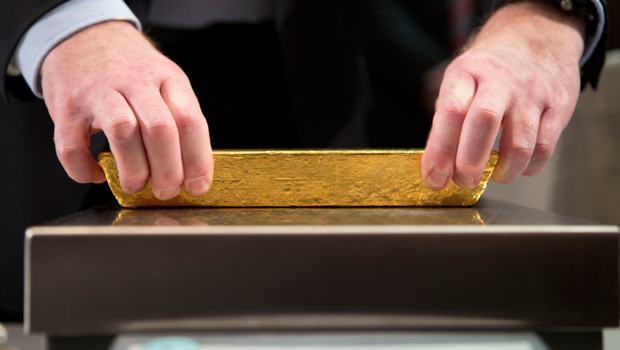 FRANKFURT, Germany In what sounds like the setup for a stylish Hollywood heist movie, Germany is transferring nearly 700 tons of gold bars worth $36 billion from Paris and New York to its vaults in Frankfurt.

The move is part of an effort by Germany's central bank to bring much of its gold home after keeping big reserves outside the country for safekeeping during the Cold War.

Shipping such a large amount of valuable cargo between countries could be a serious security headache. A gold robbery - the subject of such movies as "Die Hard 3" and "The Italian Job" - would be embarrassing and expensive for Germany.

The high-stakes, high-security plan is to move the precious metal - 374 tons from vaults in Paris and 300 tons stored at the New York Federal Reserve Bank - to the Bundesbank in Germany's financial center over the next eight years.

For obvious reasons, the central bank won't say whether the estimated 50,000 bars are being moved by air, sea or land or how it intends to keep the shipments safe.

"But, of course, since we transport large sums of money around Germany every day, we've got a certain amount of experience with this."

The Bundesbank, which also brought home about 850 tons of gold from London between 1998 and 2001, isn't taking any chances. "Of course the transports are insured," Raasch said.

The cargo unit of Lufthansa, Germany's biggest airline, is standing by, ready to handle the job if the central bank calls, spokesman Michael Goentgens said.

"We have specific containers for such cargo, then teams accompanying the cargo until the plane's loaded and ready to take off, then people waiting where the plane lands," he said.

"Overall it must be said that the transport over land is the riskiest part. Flying is safer than driving, and an airport is already a heavily secured area."

Zorica Obrovac, of the German company SG Security GmbH, which moves precious cargo in armored cars with armed protection, said: "If it were such a high-value cargo as tons of gold, I would obviously split it in several shipments. And the key is not to tell anyone, the fewest people possible in the company that orders the shipment."

During the Cold War, Germany kept most of its gold abroad for fear it could fall into the hands of the Soviet Union if the country were invaded. Another reason was to have the precious metal close to the foreign currency markets in London, Paris and New York, where gold is traded.

Since France, like Germany, switched to the euro more than a decade ago, storing gold for foreign currency swaps in Paris is no longer necessary, the Bundesbank said.

Once the shipment is complete, Frankfurt will hold half of Germany's 3,400 tons of reserve gold - currently worth about $183 billion - with New York retaining 37 percent and London 13 percent.

The decision to bring some of the gold back home also follows criticism last year from Germany's independent Federal Auditors' Office, which concluded that the central bank failed to properly oversee its reserves. The auditor suggested the bank carry out regular inspections of gold held abroad.

The auditors' report stunned Germany, where the Bundesbank routinely tops polls of the nation's most trusted institutions, and politicians pushed for the gold to come home.

The central bank defended itself by saying, "There is no doubt about the integrity of the foreign storage sites."

The Federal Reserve Bank of New York's gold vault, for example, is about 80 feet below street level in lower Manhattan, its only entry protected by a 90-ton steel cylinder 9 feet high.

Why are economic forecasts wrong so often?

For once, the world's economies are in synch -- but for how long?