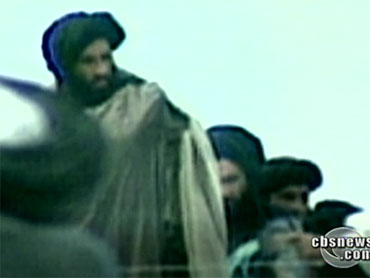 "This is the most significant victory we have had in nine years of fighting the Afghan Taliban," said former CIA officer Bruce Riedel.

Mullah Abdul Ghani Baradar was second only to Taliban leader Mullah Omar and in charge of day-to-day operations.

"Any time you take down a significant player like this it's disruptive immediately because everyone in the Taliban has to wonder who ratted him out," Riedel said.

Baradar was captured in the Pakistani city of Karachi by a joint U.S.-Pakistani operation -- a stark reversal of Pakistan's claims that Taliban leaders are not hiding there.

"Until now Pakistan has turned a blind eye on the Afghan Taliban activities in Pakistan," said Haroun Mir, a leading Afghan expert on the Taliban.

Officials call Baradar the linchpin of Taliban strategy in Afghanistan and his capture comes just as the U.S. and its allies have launched a new offensive in Helmand province.

Between whatever laptops and cell phones he had at the time of his arrest and what he knows, he is a potential gold mine of intelligence.

"The unique thing about this individual was that he had been working for the Taliban for well over a decade," Riedel said. "He knew the inside and outside of how the Taliban operates."

Baradar is in Pakistani custody and the Americans have to go through them to get to him.

"I think they're going to be very certain to keep their grip on this interrogation process," Riedel said, adding that he thinks the Pakistanis may limit U.S. access.

Barader is said to be talking but mostly about what kind of deal he can get if he cooperates.