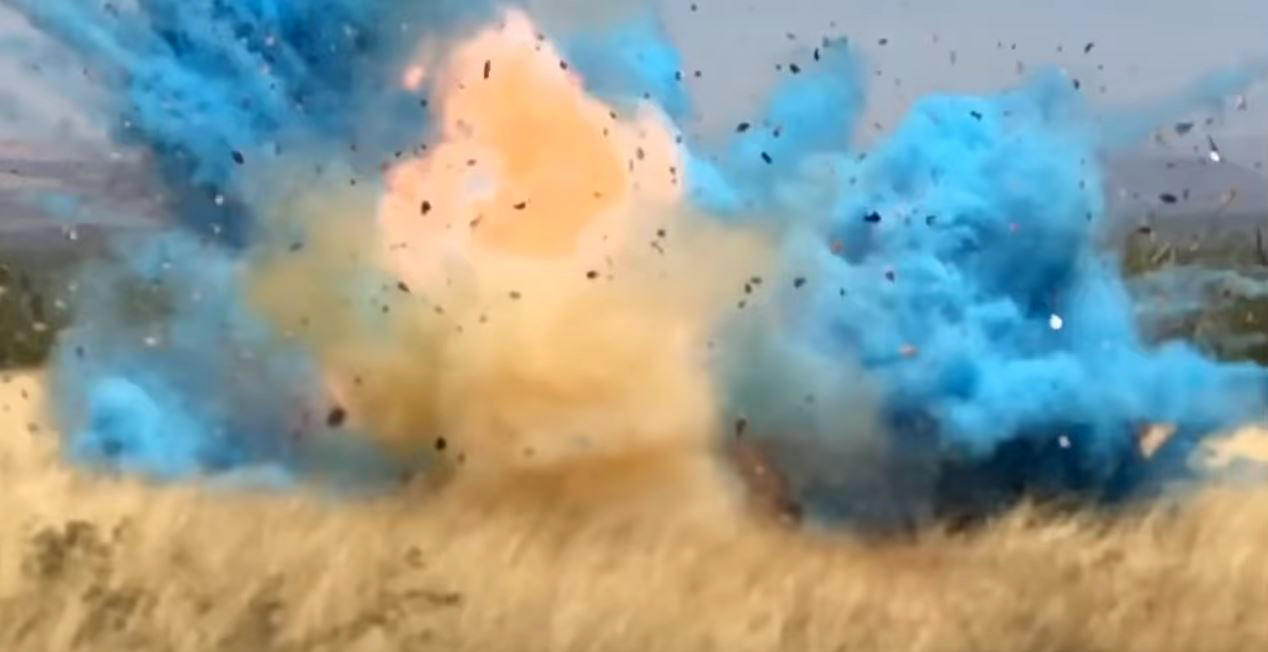 A newly revealed video shows the stunt at a gender-reveal party for a U.S. Border Patrol agent's baby that sparked a massive wildfire in Arizona last year. Authorities said the so-called "Sawmill Fire" damaged more than 45,000 acres of land in April 2017.

The Arizona Daily Star obtained the video from the U.S. Forest Service through a public-records request. The forest service investigated the fire, which authorities said caused more than $8 million in suppression costs and damages.

Border Patrol Agent Dennis Dickey, 37, pleaded guilty in federal court in September to igniting the fire. Dickey lawyer Sean Chapman told the Daily Star that it happened at a party to announce that Dickey and his wife were having a boy.

In the video, a display featuring the words "boy" and "girl" is set up in an area surrounded by dry brush. A shot rings out, and the display explodes.

A cloud of blue smoke emerges, followed by a fireball. As the flames spread in the brush, two people whose appearances were edited out of the video run in front of the camera.

The Justice Department said that Dickey had placed a highly explosive substance known as Tannerite inside the display and then shot it with a rifle. According to the Daily Star, Dickey agreed to pay $100,000 when he was sentenced in October and another $120,000 in monthly payments of $500 over 20 years.