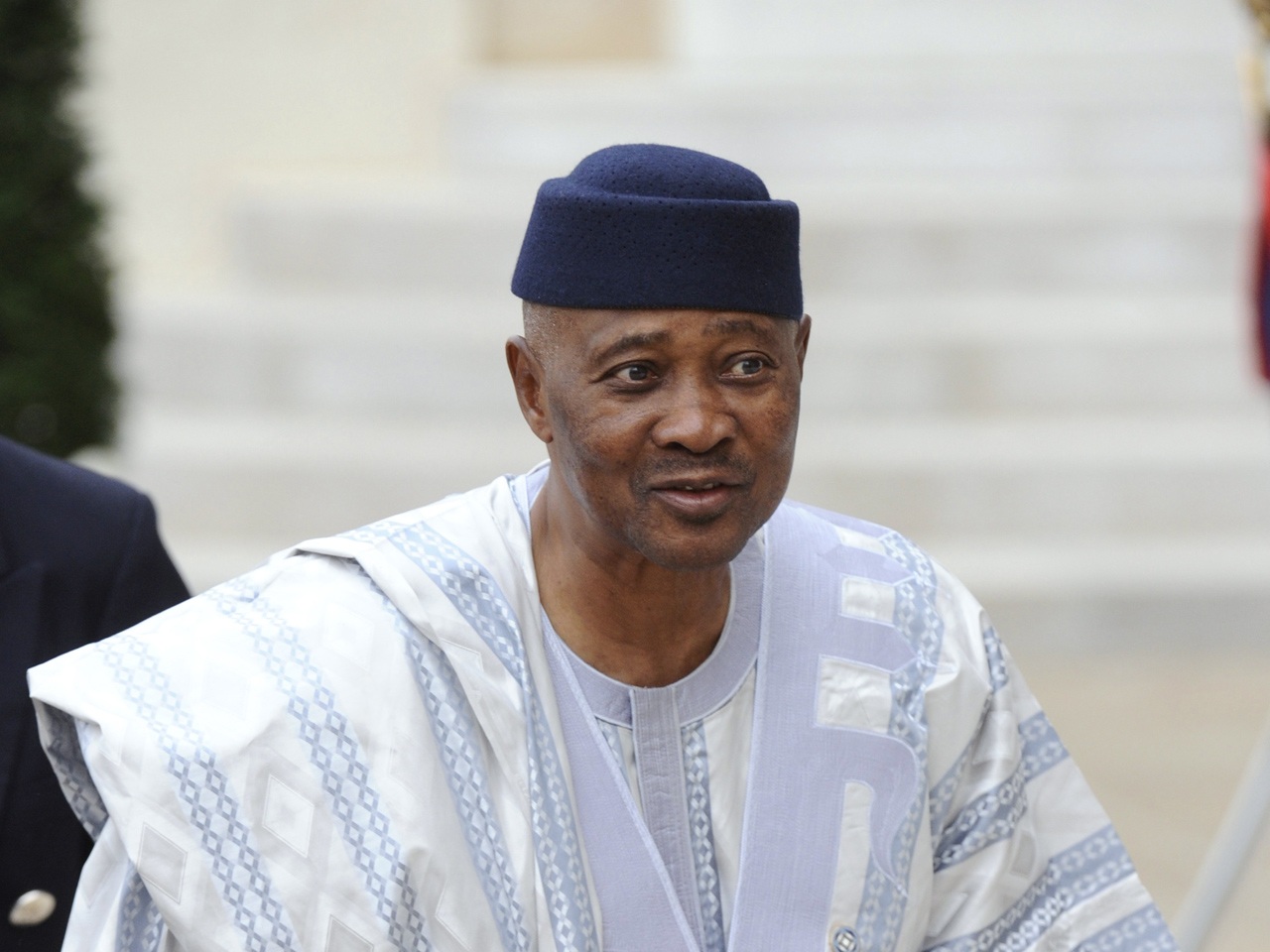 (AP) BAMAKO, Mali - From one of the hiding places where he has been holed up since last month's coup, Mali's president penned a resignation letter and handed it to an emissary to deliver to the country's new leaders, while reporters looked on.

The move paves the way for Mali to name a new interim president, the next step in the nation's return to democratic rule. President Amadou Toumani Toure was just months from finishing his last term, when soldiers on March 21 stormed the presidential palace, sending Toure into hiding and canceling a democratic tradition stretching back more than two decades.

Under intense international pressure, however, the officers that seized power last month signed an accord on Friday, agreeing to return the country to constitutional rule. They did so after much of the capital only had 12 hours of electricity a day, a result of the severe financial sanctions imposed by the nation's neighboring Mali, including the closure of the country's borders, which made it impossible for landlocked Mali to import fuel.

The accord signed by the leader of the March 21 coup called for the application of Article 36 of Mali's constitution. The article states that in the event the president is unable to serve out his term, the head of the national assembly becomes interim president for a transitional period, before new elections can be held.

For that article to be able to be applied properly, however, Mali's constitutional court needed to confirm that the president cannot carry out his term.

Reporters from state television and French television station France 24 were allowed to film President Toure at a villa in the ACI 2000 neighborhood of the capital where he has been hiding. Looking thinner than before, the 63-year-old leader appeared in a flowing white robe and traditional bonnet. He said he was resigning of his own accord.

His resignation will allow the court to declare the vacancy of power, paving the way for the head of the national assembly, Dioncounda Traore, to become interim president, as called for in the constitution.

The soldiers who grabbed power 17 days ago claimed they did so because of President Toure's mishandling of a rebellion in the north, which began in January. Toure's popularity took a nosedive because of his lack of assertiveness in the face of the mounting attacks, which inflicted large casualties on Mali's ill-equipped army.

The ethnic Tuareg rebels had succeeded in taking a dozen small towns, but it was only after Toure was forced from power that the insurgents succeeded in taking the three largest towns in the north. Kidal, Gao and Timbuktu all fell last weekend, and on Friday, the same day that the junta declared they were stepping down, the rebels declared their independence.

The loss of the northern half of the country, an area larger than France, has plunged Mali into crisis. The fighters are divided between a secular group and an Islamist faction that wants to impose Shariah law in Mali's moderate north. Already, women in the three cities have been forbidden to go out without veils.

It's unclear which of the factions has the upper hand, though increasingly it appears that Ansar Dine, the Islamist group, has greater sway. On Sunday, residents attempting to flee Gao said they saw Islamist fighters cut the throat of a gunman, who is assumed to belong to the secular rebel group.

Dramane Maiga, a transport company employee, said a bus loaded with fleeing residents was driven off the road at the exit to Gao by Tuareg fighters. Maiga said the fighters were assumed to belong to the secular faction, known as the National Movement for the Liberation of the Azawad, or NMLA.

Maiga said the Islamists had handed out a hotline number and encouraged residents to call if they were in trouble, apparently in an effort to instill confidence in the local population. He said that as soon as the bus was driven off the road, people began calling the number, and the Islamists arrived 30 minutes later.

Maiga said that he saw the Islamists cut the throat of one of the Tuareg fighters, while shouting "Allah Akbar," or "God is Great," in Arabic.