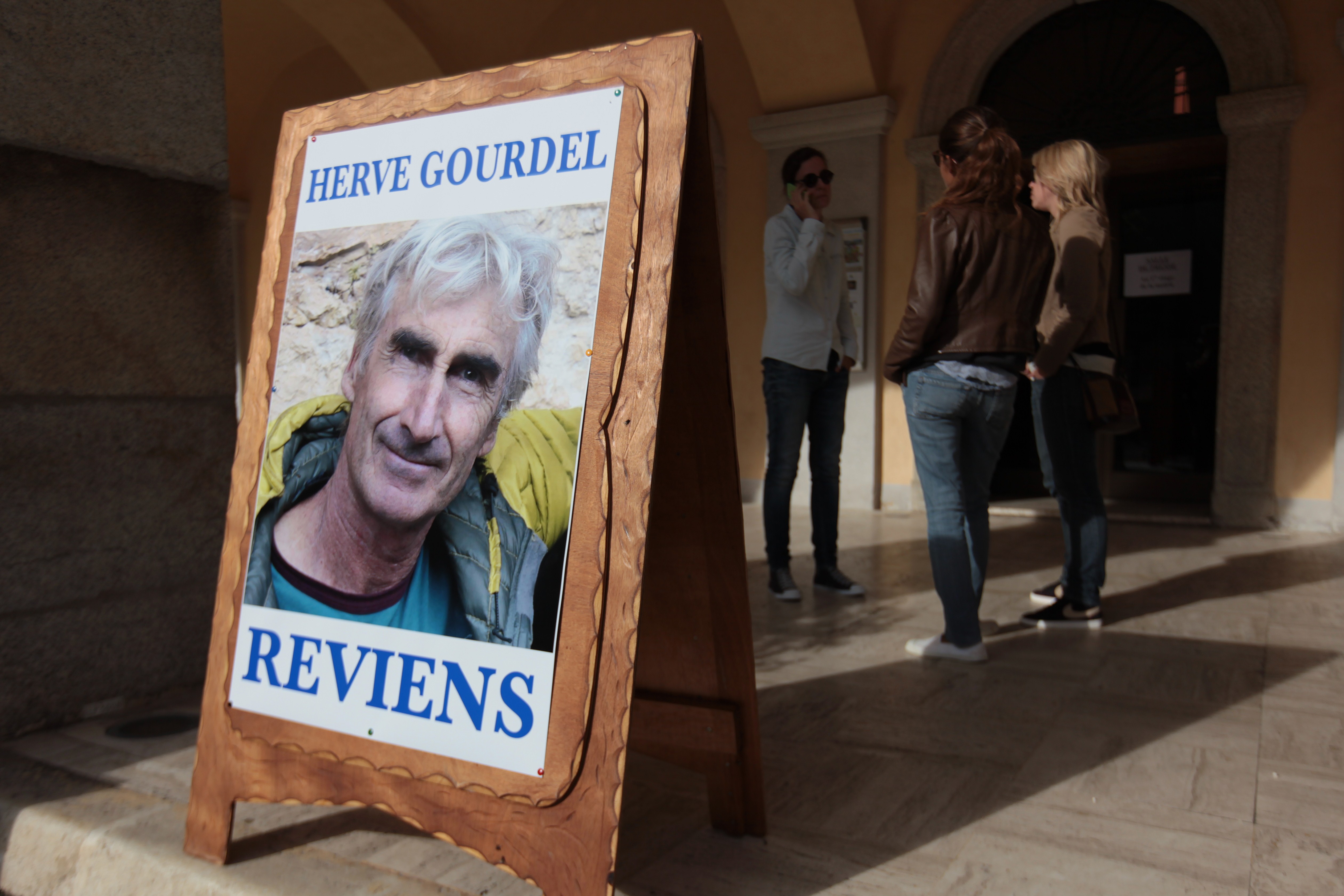 RABAT, Morocco -- Algerian extremists allied with the Islamic State of Iraq and Syria (ISIS) have decapitated a French hostage after France ignored their demand to stop airstrikes in Iraq, according to a video obtained Wednesday by a U.S.-based terrorism watchdog.

A group calling itself Jund al-Khilafah, or Soldiers of the Caliphate, had said they would kill French mountaineer Herve Gourdel after abducting him Sunday unless France ended its airstrikes against ISIS fighters in Iraq within 24 hours.

French President Francois Hollande confirmed Gourdel's killing Wednesday afternoon, telling reporters the hostage was cruelly "assassinated" because he was French and because his country was fighting terrorism and defending human liberty against barbarity.

In the video, masked gunmen from the newly formed group that split away from al-Qaida's North Africa branch, pledged their allegiance to the leader of ISIS, Abu Bakr al-Baghdadi, and said they were fighting his enemies. They criticized the French attacks in Iraq as well as its intervention against radical Islamists in Mali.

The video resembled those showing the beheadings of two American journalists and a British aid worker in recent weeks, but instead of showing President Barack Obama, it showed French President Hollande.

Gourdel -- a 55-year-old mountaineering guide from Nice -- was seized in the Djura Djura mountains of northern Algeria on Sunday during a hiking trip. His Algerian companions were released.

Algerian forces unleashed a massive search for him in the remote mountainous region that is one of the last strongholds of Islamic extremists in Algeria.

Reuters reported the group released a video Monday that appeared to show Gourdel, saying he had been kidnapped by an Algeria-based ISIS splinter group called the Caliphate Soldiers.

The man, who gave his name, age and date of birth, said he had arrived in Algeria on Sept. 20 and been taken on Sept. 21, Reuters reports.

"I am in the hands of Jund al-Khilifa, an Algerian armed group. This armed group is asking me to ask you (President Francois Hollande) to not intervene in Iraq. They are holding me as a hostage and I ask you Mr. President to do everything to get me out of this bad situation and I thank you," the man says in the video, according to Reuters.

France started airstrikes in Iraq on Friday, the first country to join the U.S. military campaign against ISIS fighters there.

"Our values are at stake," French Prime Minister Manuel Valls said Wednesday after hearing about the video. He would not comment further, but minutes earlier he insisted that France would continue fighting in Iraq as long as necessary.

Algeria has been fighting Islamic extremists since the 1990s and in recent years they had been largely confined to a few mountainous areas, where they have concentrated on attacking soldiers and police while leaving civilians alone.

The killing of a hostage represents a departure for radical Islamic groups in Algeria which in the past decade have made millions of ransoming hostages.