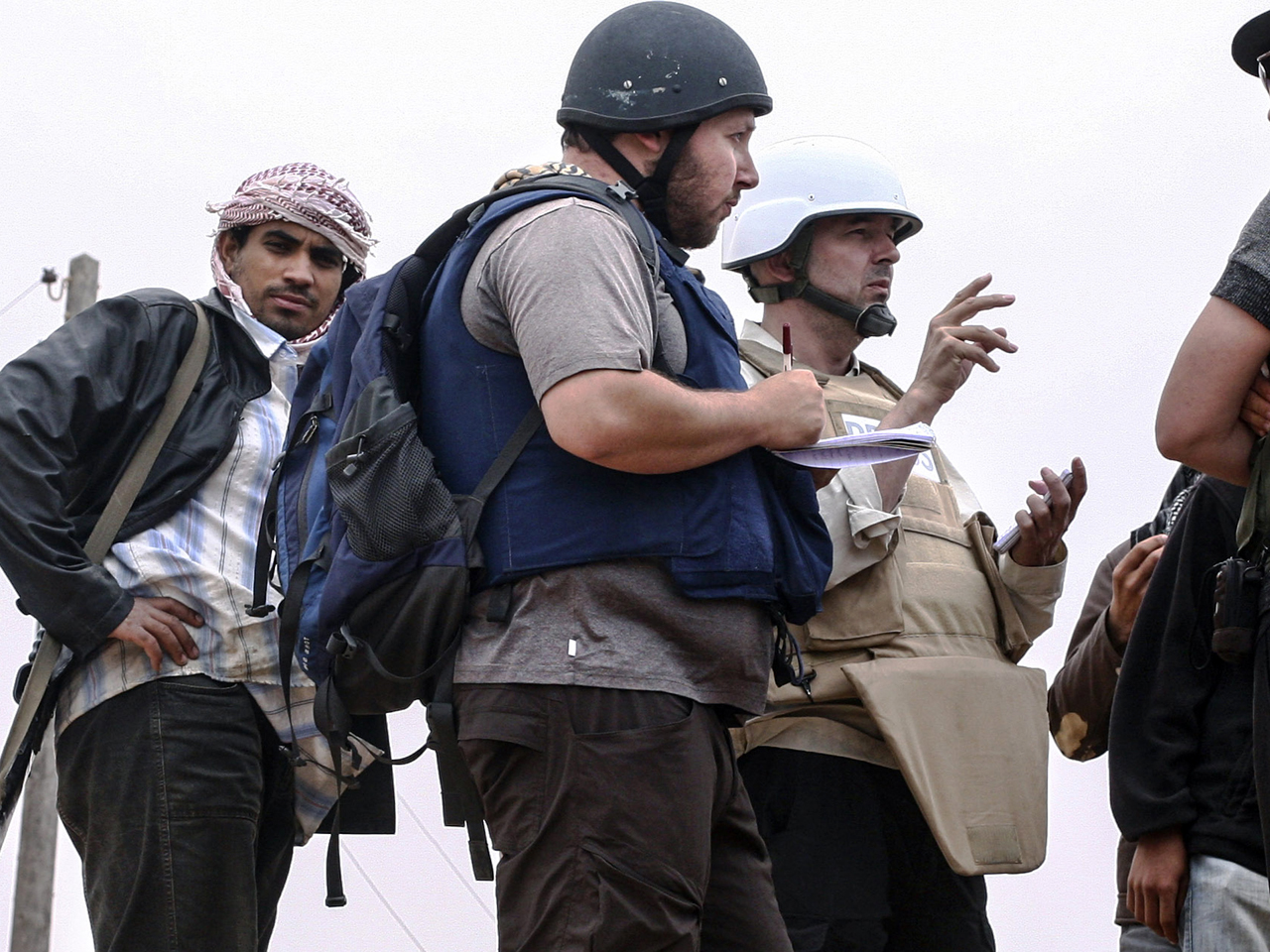 WASHINGTON -- The United States said Wednesday that a video showing the beheading of a second U.S. journalist by Islamic extremists is authentic.

On Tuesday, militants from the Islamic State of Iraq and Syria, or ISIS, released the video showing freelance reporter Steven Sotloff's beheading, two weeks after the emergence of a video showing the killing of journalist James Foley.

In the Sotloff video, a masked militant warns President Obama that as long as U.S. airstrikes against the militant group continue, "our knife will continue to strike the necks of your people."

Sotloff, a 31-year-old Miami-area native who freelanced for Time and Foreign Policy magazines, vanished a year ago in Syria and was not seen again until he appeared in the video that showed Foley's beheading. Dressed in an orange jumpsuit against an arid Syrian landscape, Sotloff was threatened in that video with death unless the U.S. stopped airstrikes on ISIS, also known as the Islamic State of Iraq and the Levant, or ISIL.

In the video distributed Tuesday and titled "A Second Message to America," Sotloff appears in a similar jumpsuit before he is apparently beheaded by a fighter with ISIS, the extremist group that has conquered wide swaths of territory across Syria and Iraq and declared itself a caliphate.

In the video, the organization threatens to kill another hostage, this one identified as a British citizen, David Cawthorne Haines. It was not immediately clear who Haines was.

Last week, Sotloff's mother, Shirley Sotloff, pleaded with his captors for mercy, saying in a video that her son was "an innocent journalist" and "an honorable man" who "has always tried to help the weak."

Barak Barfi, a spokesman for the Sotloff family, said Tuesday they were grieving after having seen the video. With Mr. Obama on a visit to Estonia, the White House announced the verification.

"The U.S. Intelligence Community has analyzed the recently released video showing U.S. citizen Steven Sotloff and has reached the judgment that it is authentic," National Security Council spokeswoman Caitlin said in a statement Wednesday.

In a joint news conference with Estonia's president, Mr. Obama said the U.S. grieves for Sotloff who, he said, was slain in a "horrific act of violence" by militants.

Mr. Obama remarked that Sotloff's killers claim they defend the oppressed, but it was Sotloff who did. He said Americans "are repulsed" by the "barbarism" of ISIS.

Britain and France called the Sotloff killing "barbaric." British Prime Minister David Cameron said in a statement that he would chair an emergency response meeting with his Cabinet on Wednesday to review the latest developments.

State Department spokeswoman Jen Psaki said Tuesday that it is believed that "a few" Americans are still being held by ISIS. Psaki would not give any specifics, but one is a 26-year-old woman kidnapped while doing humanitarian aid work in Syria, according to a family representative who asked that the hostage not be identified out of fear for her safety.