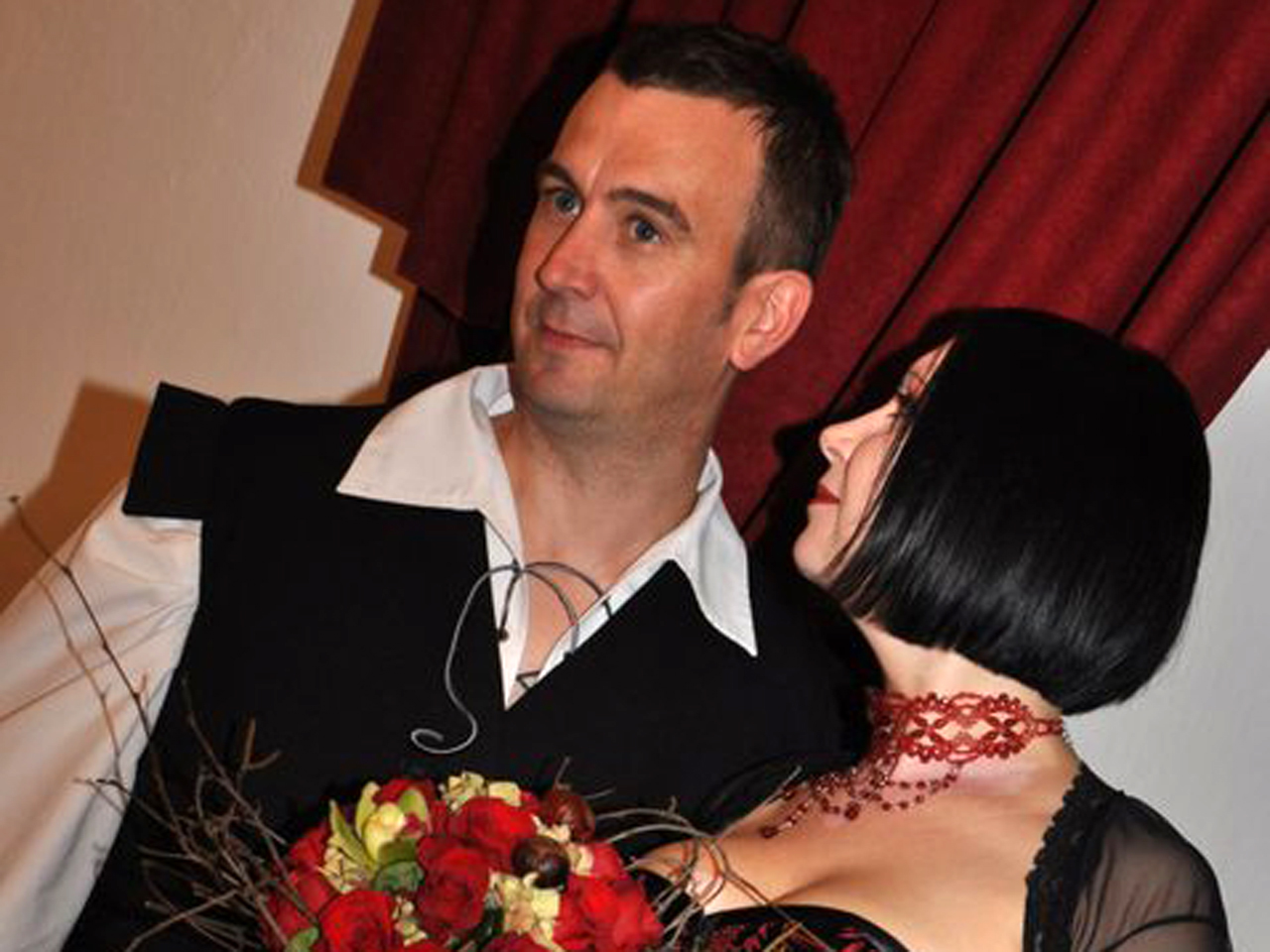 A video released Saturday by the extremist group known as the Islamic State of Iraq and Syria, or ISIS, purports to show the killing of British aid worker David Haines.

Britain's Foreign Office said that it was aware of the video and was working to verify its content.

"If true, it is another disgusting murder," it said in a statement. "We are offering the family every support possible. They asked to be left alone at this time."

The footage, which if confirmed would be the third in a series of gruesome execution videos released by the militants, shows British Prime Minister David Cameron speaking out on pursuing ISIS, also known as the Islamic State of Iraq and the Levant, or ISIL.

The video then shows a man the video identifies as Haines, 44, kneeling with a blade held to his neck by a militant dressed in black with his face covered and speaking with a British accent.

The masked man proceeds to make threats against the United States and directly to Cameron. He specifically speaks about U.S. airstrikes in Iraq against ISIS and about Cameron's support for them. The video then fades to black and shows a scene purported to be Haines' dead body.

No mention in the video is made of President Obama's announced campaign against ISIS or of American efforts to thwart the terrorists.

Cameron responded to the video on Twitter, calling the purported execution "pure evil."

"We will work with the United Kingdom and a broad coalition of nations from the region and around the world to bring the perpetrators of this outrageous act to justice, and to degrade and destroy this threat to the people of our countries, the region and the world," Obama said.

David Haines brother, Mike issued a statement on behalf of his family, saying he "helped people in real need."

"He helped whoever needed help, regardless of race, creed or religion," said Haines. "David was most alive and enthusiastic in his humanitarian roles. His joy and anticipation for the work he went to do in Syria is for myself and family the most important element of this whole sad affair."

On Friday, Haines' family issued a public plea urging his captors to contact them.

ISIS extremists had threatened to kill Haines, but his family said they had not received any reply from the group after repeated messages.

In a short statement released through Britain's Foreign and Commonwealth Office late Friday, the family said: "We are asking those holding David to make contact with us."

ISIS militants beheaded American journalists James Foley Aug. 19 and Steven Sotloff Sept. 2 and posted video evidence online. At the end of the previous video, they threatened to kill Haines next and briefly showed him on camera.

Haines was abducted in Syria in 2013 while working for an international aid agency.

The British government had managed to keep his kidnapping secret out of concern for his safety until the previous ISIS video identified him as a captive.