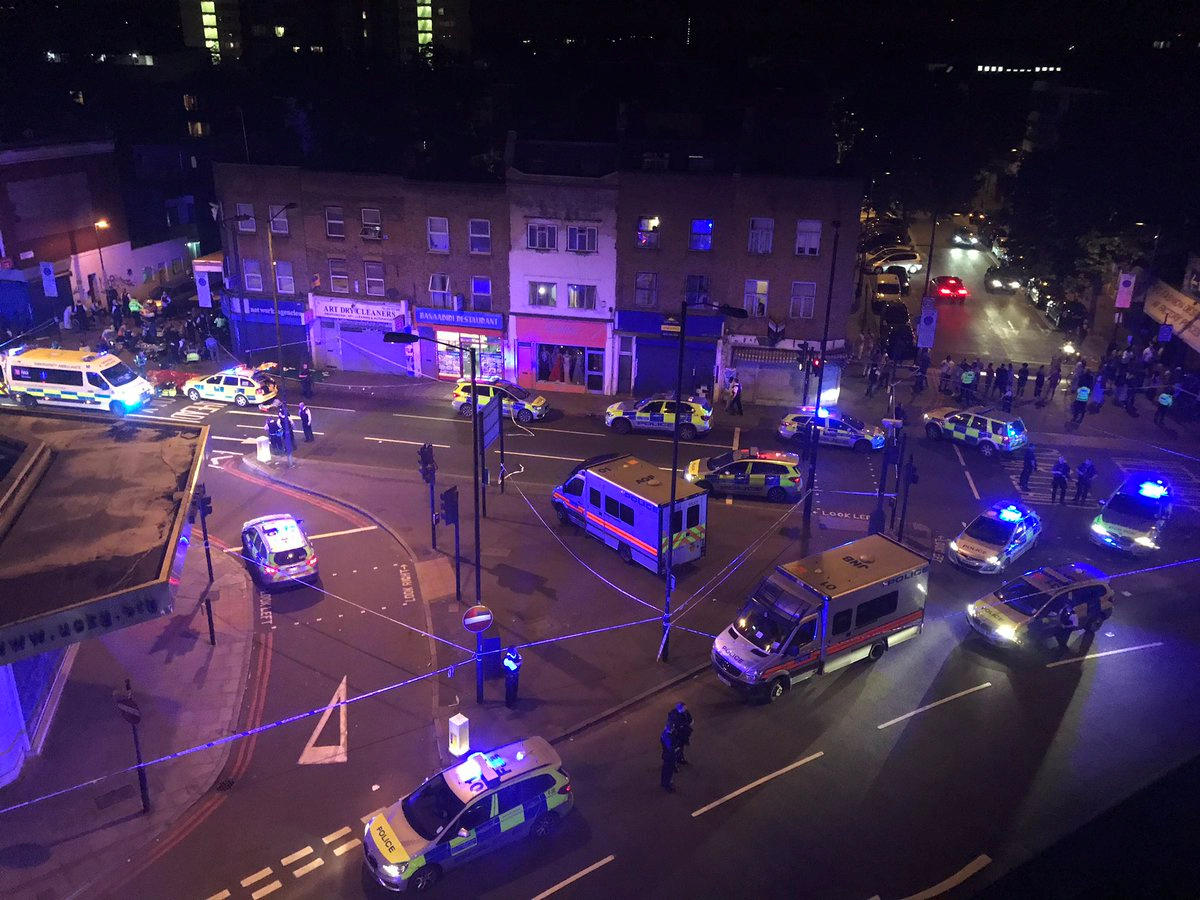 CBS News national security analyst Fran Townsend, who served as homeland security adviser for President George W. Bush, says ISIS may use Sunday's attack targeting people outside a mosque in London to recruit more terrorists. One person died and 10 more were injured when a man drove a van into a crowd after Ramadan prayers in the Finsbury Park neighborhood. Witnesses said the van driver shouted that he "wanted to kill more Muslims."

"Remember that ISIS called for Ramadan attacks; they'll take this attack clearly against worshipers coming out of a mosque during the holy month and turn it to their propaganda use, to recruit, to inspire," Townsend said on "CBS This Morning" Monday. "My big fear … is that they'll use this to further inspire other attacks."

She said preventive measures against an attack using a motor vehicle are limited, describing a van or truck as a weapon of choice that is difficult to restrict. "It's easily available; anybody can get it. So what you have to do is identify the individual driving it, which is the single hardest thing for investigators to do."

As for the suspect, Townsend said, "We don't know yet, was this planned? Was it premeditated in some way, or was it sort of a spontaneous act?"

She also credited the role of people in the crowd, who held the driver until police could arrest him, as reminiscent of the passengers of United Flight 93 on 9/11.

The attack followed two other recent incidents in London where terrorists used a vehicle as a weapon to mow down civilians.

Co-anchor Jeff Glor asked Townsend, "This is the third ramming-style attack in three months in London. Does London need to change its posture, and can it?"

"Security services there in London are very, very good; they rival in terms of their strength and capability U.S. intelligence and law enforcement," she replied. "The problem is they're overwhelmed. We've heard reports of as many as 23,000 potential extremists that they need to watch. That's impossible.

"What you need to do is triage it, and you're going to miss people. We really don't know the motivation of this guy. And the British press [is] restricted in what they can say because you've got a suspect captured alive who will face prosecution, if they go forward, and so the press there is going to have to be pretty circumspect by law as to what that can say."