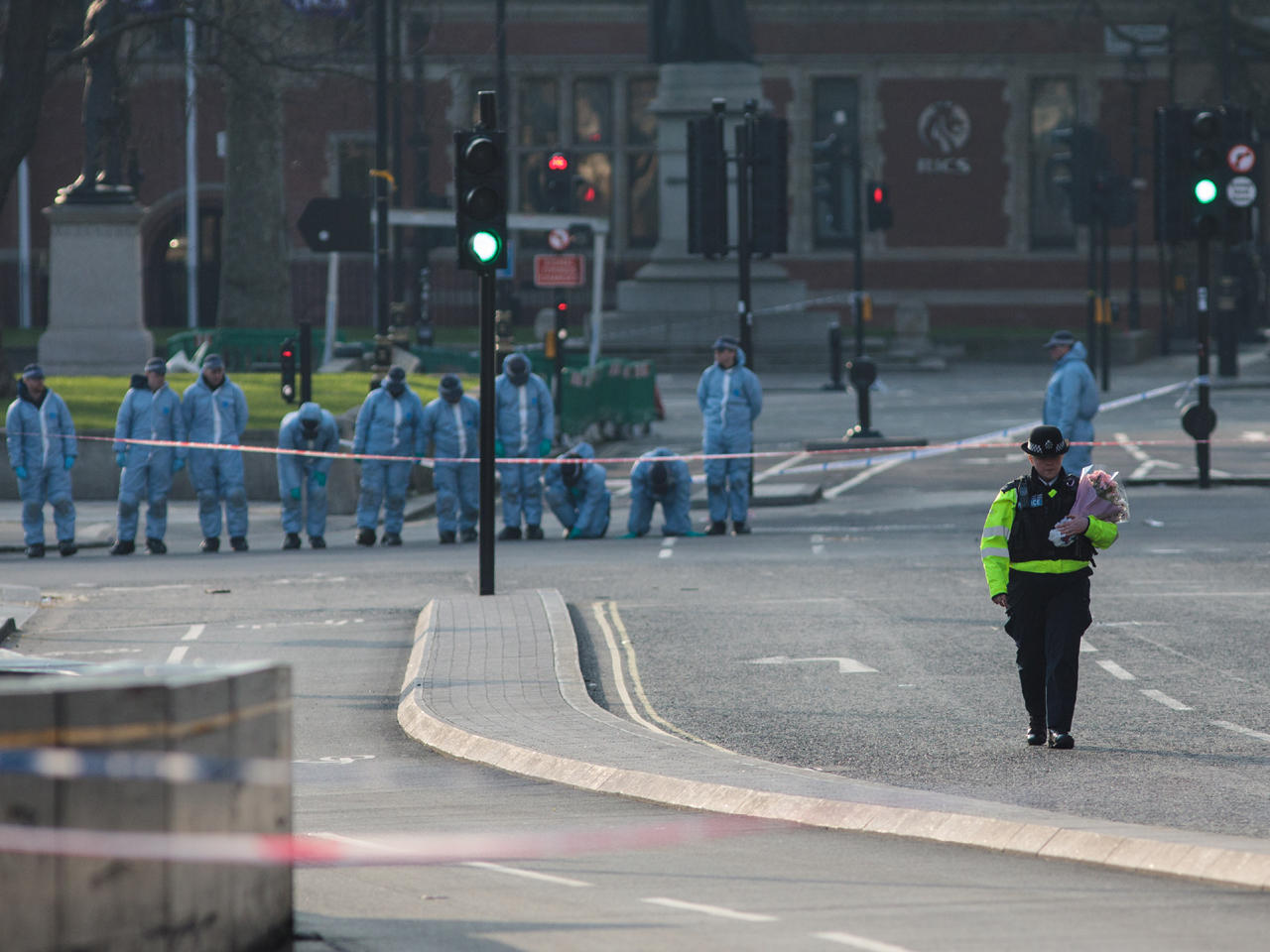 LONDON -- The civilian death toll in the London terror attack increased early Friday morning by one with the death of a badly injured man in hospital.

Rowley identified the third civilian fatality as Leslie Rhodes, 75, of south London. His death brings the overall toll from the Wednesday attack on Britain’s Parliament and Westminster Bridge to five dead, including the attacker.

The 52-year-old, British-born attacker, who was shot by police after fatally stabbing a police officer and wounding two others, was identified Thursday as Khalid Masood. On Friday, Rowley said his birth name was Adrian Russell Ajao.

The Islamic State of Iraq and Syria (ISIS) has claimed responsibility for the attack, saying Thursday that Masood was a “soldier of the caliphate,” but offering no evidence that he had prior links to or coordination with the group.

Masood was born in southeast England but was living most recently in the central part of the country, in the East Midlands.

CBS News correspondent Elizabaeth Palmer says police have spoken to Masood’s mother. He had a petty criminal record, but wasn’t on the radar for links to extremism.

Rowley, the head of counter-intelligence for the Metropolitan Police, said Friday the investigation has a clear focus: “To find out if he acted totally alone, inspired by terrorist propaganda, or if others have supported, encouraged or directed him.”

One of the other three slain civilians, all of whom were killed on the bridge, where Masood plowed through tourists and residents on the crowded sidewalk in a rented SUV, was Utah resident Kurt W. Cochran.

Also killed were Police Constable Keith Palmer, stabbed by the attacker just inside the gates to the Parliamentary estate, and London school administrator Aysha Frade, who was on her way to pick up her children.

Utahan Cochran, 54, was in London with his wife Melissa, celebrating their 25-year-marriage with a European vacation. Melissa survived but remains hospitalized with injuries.

CBS News correspondent Jonathan Vigliotti reports the Cochrans were visiting Melissa’s parents, who are Mormon missionaries in London. The couple was scheduled to return to the U.S. on Thursday.

A photo has surfaced that shows Melissa Cochran just moments after Wednesday’s attack on the bridge, laying on the sidewalk, dazed and bloodied with people trying to comfort her. Her sister says she has a broken leg, broken rib and a cut on her head.

On Thursday an emotional Bret Layton, who has spoken on behalf of the family in Utah, remembered his friend Kurt Cochran as “just one of those guys, I mean, you just know, you wanted to be his friend within five minutes.”

Friends and neighbors near their home praised Cochran’s passion for music.

“My wife woke me up at about 8 o’clock and said, ‘he, you know, he’s gone,’” family friend Steve Hatch said. Hatch was one of several musicians who rehearsed at the Cochran’s recording studio. “He just had that touch, and I’m just going to cherish what I got to record with him.”

On Twitter, President Trump paid tribute to Cochran as “a great American,” and offered his prayers and condolences.