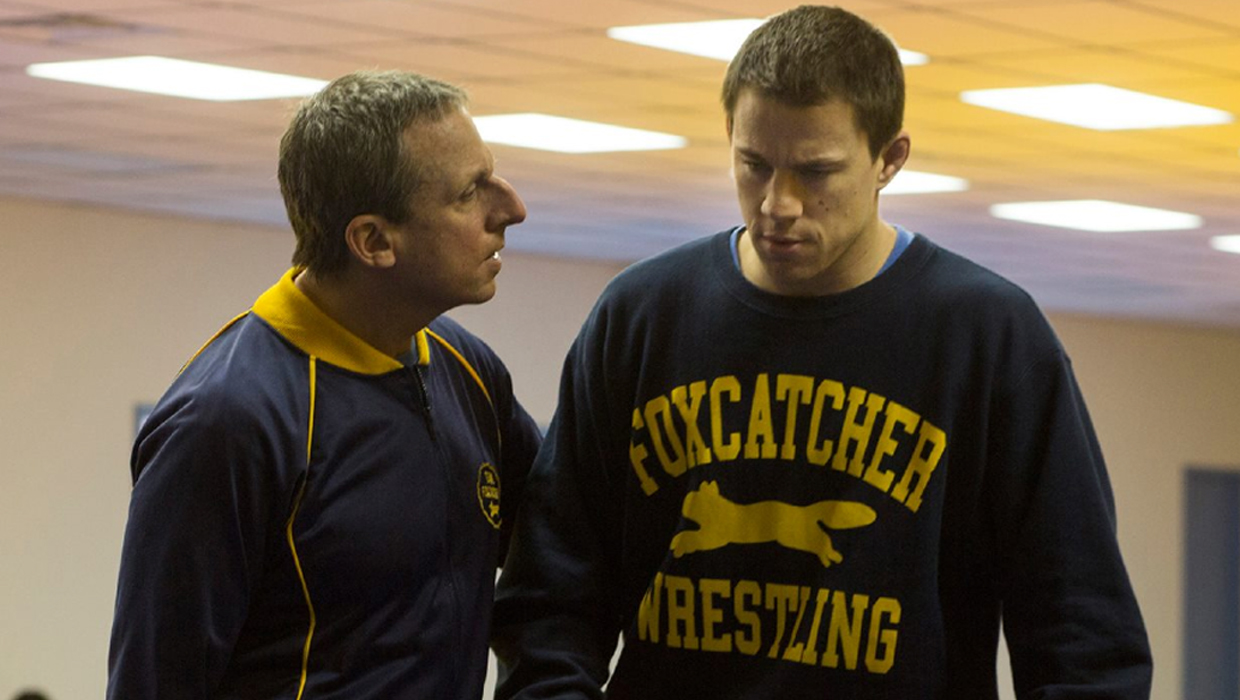 One of the most hotly-anticipated films of this fall movie season is arriving in theaters this weekend.

"Foxcatcher" comes from filmmaker Bennett Miller, best known for 2011's "Moneyball" and 2005's "Capote," for which he received a best director Oscar nomination in 2006. Miller won the best director prize at this year's Cannes Film Festival for his work on "Foxcatcher" -- which was up for the prestigious Palme d'Or but lost out to the Turkish film, "Winter Sleep."

Most critics haven't been wrestling with their feelings over "Foxcatcher," as many reviewers say the film is set to become one of this year's top Oscars contenders:

Anthony Lane, New Yorker: "There is plenty here to draw and hold the eye."

David Thomson, The New Republic: "The strange bond between du Pont and Mark Schultz is the core of an impressive, disturbing, and very well-acted film that never escapes being cold and claustrophobic. Carell delivers a startling performance, even if it seems a little more fit for Oscar than derived from life. That's not meant as criticism. It's simply that du Pont is so bizarre, it's difficult to measure him as a person, or to see why Mark permits his own state of semi-slavery."

Justin Chang, Variety: "Tatum delivers what is easily the most emotionally complex performance of his career, hulking through much of the picture exuding rage, surliness and disappointment, qualities that recede only during Mark's brief honeymoon period with du Pont."

Todd McCarthy, Hollywood Reporter: "['Foxcatcher'] has everything going for it to prevail as one of the major prestige titles of late 2014."

Kyle Smith, New York Post: "Miller, as he did in 'Capote,' proves a master of subtext and foreboding atmosphere, a superb director of actors who resists explaining what you should think (except in his term-papery thesis about du Pont's alleged embodiment of America)."

A.A. Dowd, The A.V. Club: "The movie reaches for big insights about America's obsession with winning and the dangers of unchecked entitlement, while simultaneously treating its real-life subjects like the stars of a Greek tragedy. What it never quite does, however, is provide a convincing explanation -- dramatic, psychological, or otherwise -- for the incident it inexorably builds toward."

Amy Nicholson, L.A. Weekly: "'Foxcatcher' is merely a very, very good character study with acting so fine that it's frustrating it's not in the service of a real, emotional wallop."

Jon Frosch, The Atlantic: "If this restrained '80s-set drama largely works despite pacing problems and -- more detrimentally -- all-too-readable thematic and psychological arcs, it's thanks to the superb trio of actors. Tatum, in particular, is a revelation as an emotionally fragile soul stuck in the body of a brute."

"Foxcatcher" is now playing in theaters.