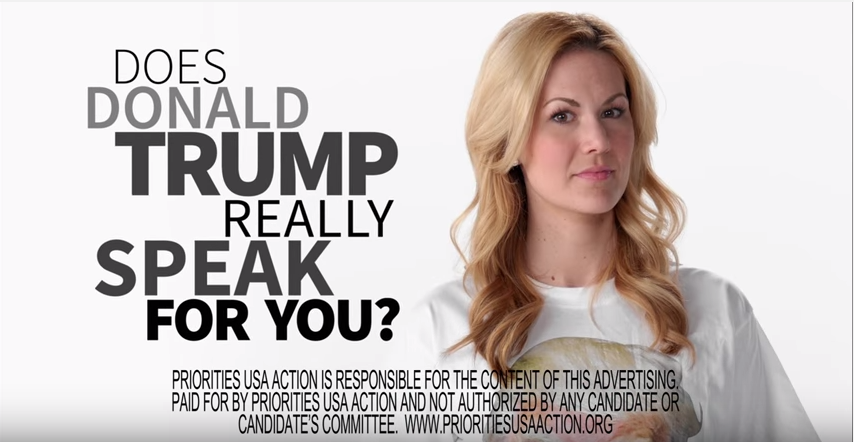 Some in the political world are calling 2016, with the rise of Donald Trump as the GOP standard-bearer, a completely new election that challenges the conventions of campaigns in recent political history.

But that's not the way Priorities USA Action sees it: for the pro-Hillary Clinton super PAC, which has already reserved more than $150 million in advertising for the general election, thinks it can effectively demolish Trump in much the way it worked against 2012 GOP nominee Mitt Romney.

In an interview with CBS News, Priorities' executive director, Guy Cecil, said the group is treating 2016 the way it would treat any traditional presidential election. Trump's oversized personality aside, he said, the fundamentals of the campaign still favor Democrats in the way they have in recent years. At the same time, the universe of legitimate "swing" voters is shrinking--and the group will focus both on persuading them and on turning out the Democratic base.

"The reality is if you remove the personality, if you remove sort of the unique nature of frankly both candidates, this election doesn't look much different than a lot of other elections on paper," he said. "We talk about what the battleground states are and the reality is we're not looking at a map that's fundamentally different than the map that existed in 2008 and 2012. In terms of demographics, really this election just extends a lot of the trends that have been happening [for years]."

Back in 2012, Priorities--then a group aimed at aiding President Obama's reelection bid--did what super PACs traditionally do: it pummeled Romney with millions of dollars in negative advertising, beginning in summer 2012. The ads worked to portray Romney as a heartless businessman who cut jobs to increase profits: one ad that summer even tied him to a woman's loss of health insurance and her subsequent death from cancer.

Four years ago, the group played a key role in defining Romney and defining him early. Despite the fact that Trump's rise has defied political convention thus far--he defeated more than a dozen GOP primary challengers while barely spending money on ads or a traditional campaign operation--Cecil and Priorities say their playbook against Trump is clear and that they can do much the same thing against him this year.

In fact, if anything is different, Cecil said it's the embarrassment of riches they have to work with when it comes to Trump's past statements and actions. "How do you take a mountain of Donald Trump stuff and put it into ads?" he asked.

Cecil said that with some minor changes, the list of competitive swing states is roughly unchanged from 2008 and 2012. Some may be more competitive for Republicans this time around (Pennsylvania, for example), while demographic changes could help Democrats in others (Virginia, Colorado, North Carolina, or even potentially Arizona). As for claims that Trump could put into play other states with high white working-class populations--think Michigan or Wisconsin--Cecil was skeptical.

What that means is that the universe of legitimately persuadable "swing" voters is smaller than it's ever been. And that smaller swing territory means Priorities will be shifting much of its focus -- from persuading undecided voters to turning out the Democratic base: younger voters, African Americans, Latinos and other groups that tend to vote at lower rates but support Democrats by wide margins. The group is putting significant money behind online ads, many of which are already targeting those key groups.

For Priorities in 2012, "almost all of their resources were spent talking to persuadable swing voters," he said. "We certainly will be doing a lot of that, but we will also be spending significant resources on paid communication to much of the Democratic base."

As for their messaging, the overarching story Priorities is looking to tell about Trump is that he's "divisive, dangerous and unfit to be president." The group will go off the air during the Republican and Democratic conventions in July, using the time to evaluate its strategy for the rest of the summer and fall.

"Our job is to try to fill in the blanks, and to try to use Trump's words, sometimes creatively, sometimes emotionally sometimes just by delivering ... a pretty straightforward clips ad," Cecil said.

It's an argument that targets Trump's character and "temperament," rather than specific policy proposals, though some of the ads will include policy issues--the group's most recent ad, for example, repeats some of Trump's statements about national security. "Donald Trump: Too Dangerous for America," the ad says. But other ads have focused on Trump's comments about women and disabled people.