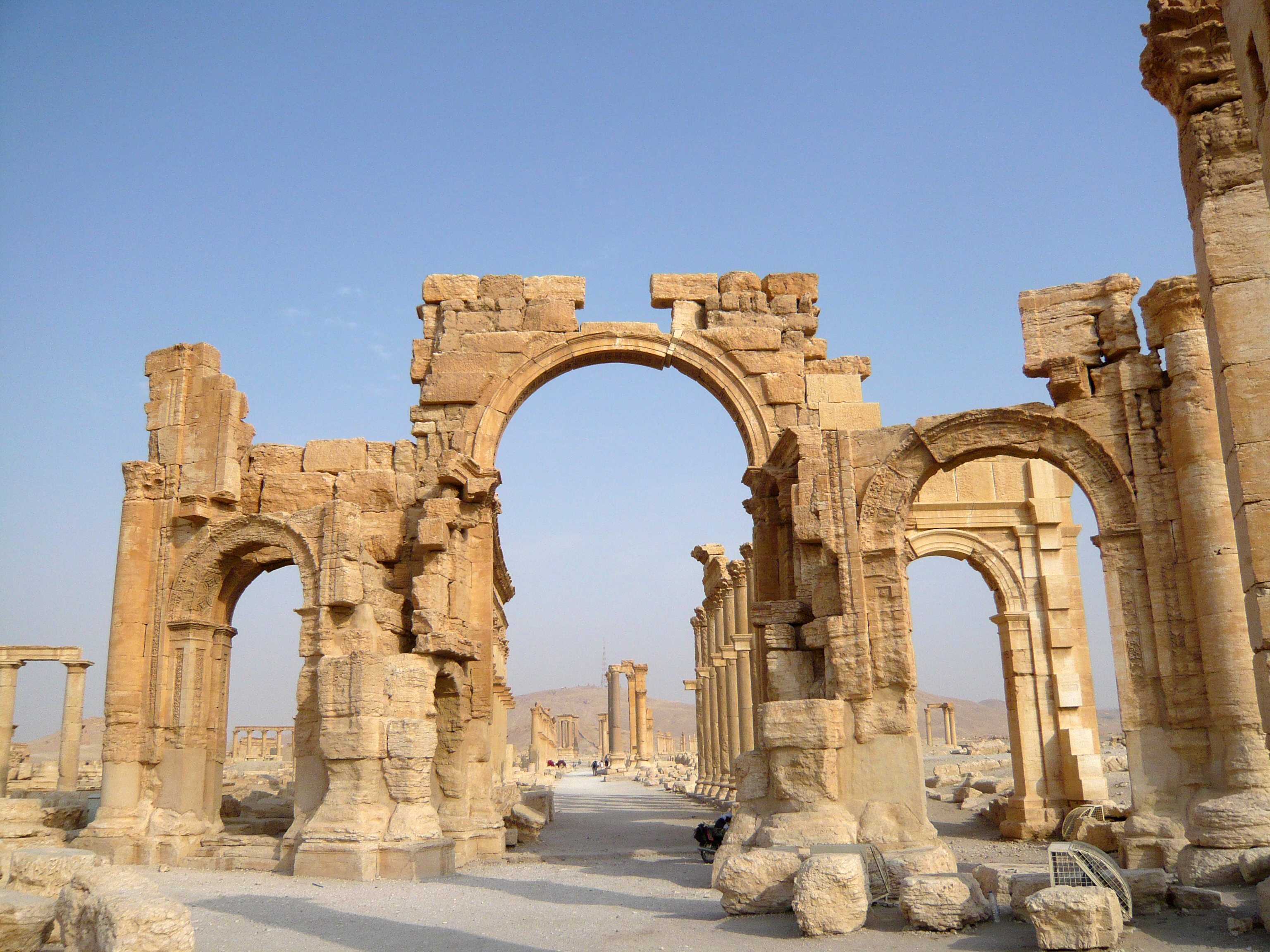 BEIRUT -- Video footage obtained by The Associated Press shows the main structure of 2,000- year-old iconic Arch of Triumph in Syria's Palmyra has been destroyed. Activists have said that Islamic State extremists, who are in control of the ancient city, blew up the arch.

The footage, which surfaced Wednesday, shows one pole of the arch still standing, but most of the arch - which stands at the top of a colonnaded street that runs through Palmyra - is in ruins. Activists said the militants blew up the arch on Monday.

It's the last among Palmyra's relics to be destroyed by ISIS since the group overran the city in May. ISIS destroyed the Temple of Bel and the smaller Baalshamin temple in August. It considers such relics to be promoting idolatry.

A former antiquities official in Syria said the Islamic State is "systematically destroying the main features of the site of Palmyra" and lamented the inability of the international community to prevent the devastation.

"The destruction of the Arch comes with a long string of other destructions that Palmyra has suffered from in the last couple of months, beginning with the Temple of Baalshamin and then the Temple of Bel itself and three of the Funerary Towers and the Necropolis," Amr al-Azm told the Associated Press.

The Funerary Towers built on high grounds, are a particular feature of the Roman-era ancient caravan city.

ISIS does not always destroy relics it considers to promote idolatry--sometimes ISIS sells the relics on the black market making millions of dollars.

"And we even hear rumors that they might be preparing to blow up the actual Amphitheatre and its associated Agora nearby," he said, adding that such destructions were "atrocities."