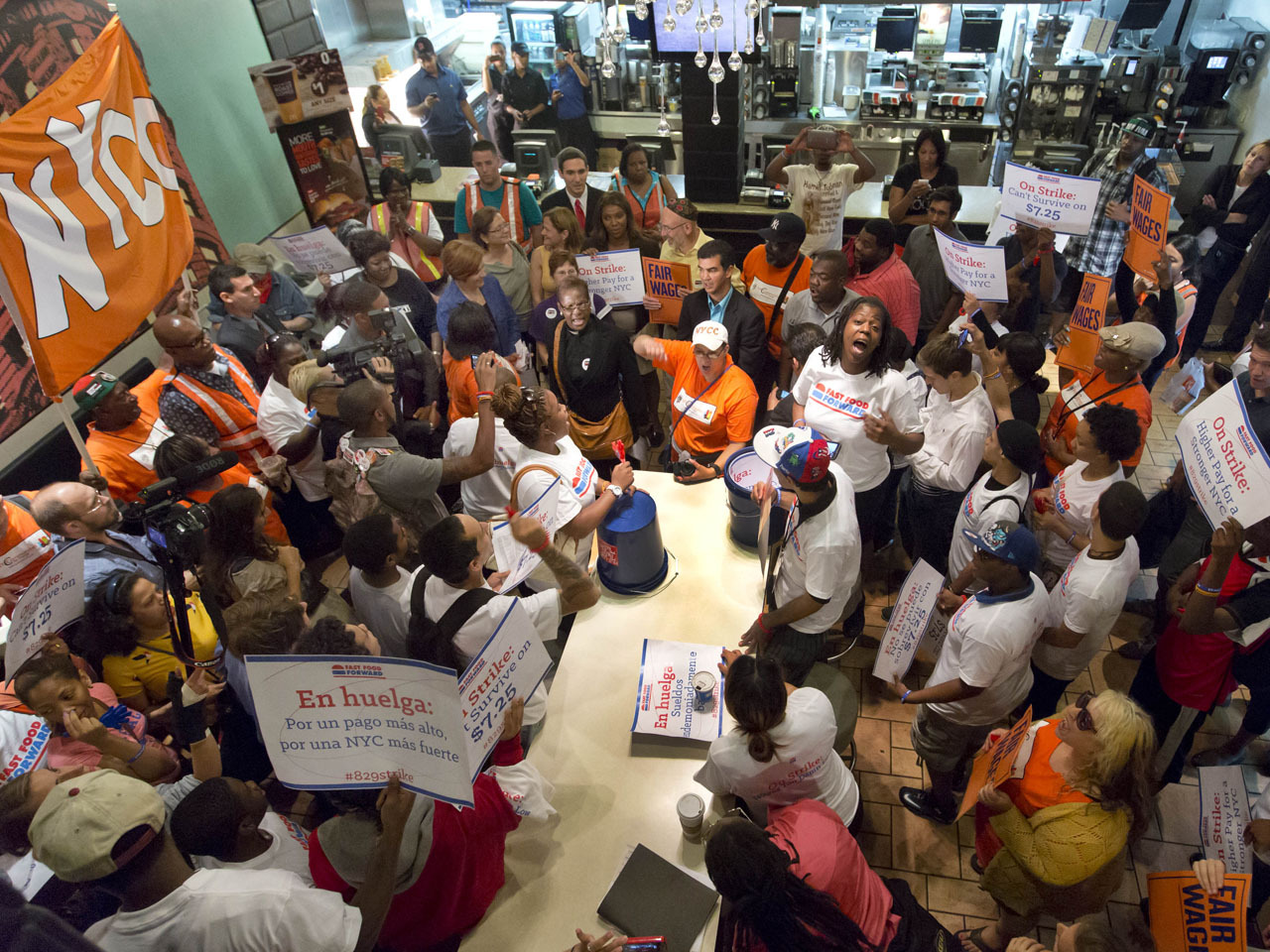 NEW YORKFast-food protests were under way Thursday in U.S. cities including New York, Chicago and Detroit, with organizers expecting the biggest national walkouts yet in a demand for higher wages.

The push has brought considerable attention to the so-called "McJobs" that are known for their low pay and limited prospects.

Organizers said the strikes would hit more than 50 cities, though restaurants were expected to remain open. The Service Employees International Union, which represents more than 2 million works in health care, janitorial and other industries, has been providing financial support and training for local organizers around the country.

Mary Kay Henry, president of the SEIU, said the protests in recent months show that fast-food workers can be mobilized, despite the industry's relatively higher turnover rates and younger age.

"The reality has totally blown through the obstacles," she said.

In an interview with The Associated Press, Perez said that for too many people in minimum-wage jobs, "the rungs on the ladder of opportunity are feeling further and further apart."

In New York City on Thursday, about 300 to 400 protesters flooded inside a McDonald's near the Empire State Building. Shortly after the demonstration, however, the restaurant seemed to be operating normally.

Shaniqua Davis, 20, planned to take part in the strikes. She lives in New York City with her boyfriend, who is unemployed, and their 1-year-old daughter. Davis works at a McDonald's, earning $7.25 an hour. Her schedule varies, but she never gets close to 40 hours a week. "Forty? Never. They refuse to let you get to that (many) hours."

Her weekly paycheck is $150 or much lower.

The National Restaurant Association says the low wages reflect the fact that most fast-food workers tend to be younger and have little work experience. Scott DeFife, a spokesman for the group, says that doubling wages would hurt job creation, noting that fast-food chains are already facing higher costs for ingredients, as well as new regulations that will require them to pay more in health care costs.

McDonald's Corp. and Burger King Worldwide Inc. say they don't make decisions about pay for the independent franchisees that operate the majority of their U.S. restaurants.

For the restaurants it does own, McDonald's said in a statement that pay starts at minimum wage but the range goes higher, depending on the employee's position and experience level. It said that raising entry-level wages would mean higher overall costs, which could result in higher prices on menus.

"That would potentially have a negative impact on employment and business growth in our restaurants, as well as value for our customers," the company said in a statement.

The Wendy's Co. and Yum Brands Inc., which owns KFC, Pizza Hut and Taco Bell, did not respond to a request for comment.