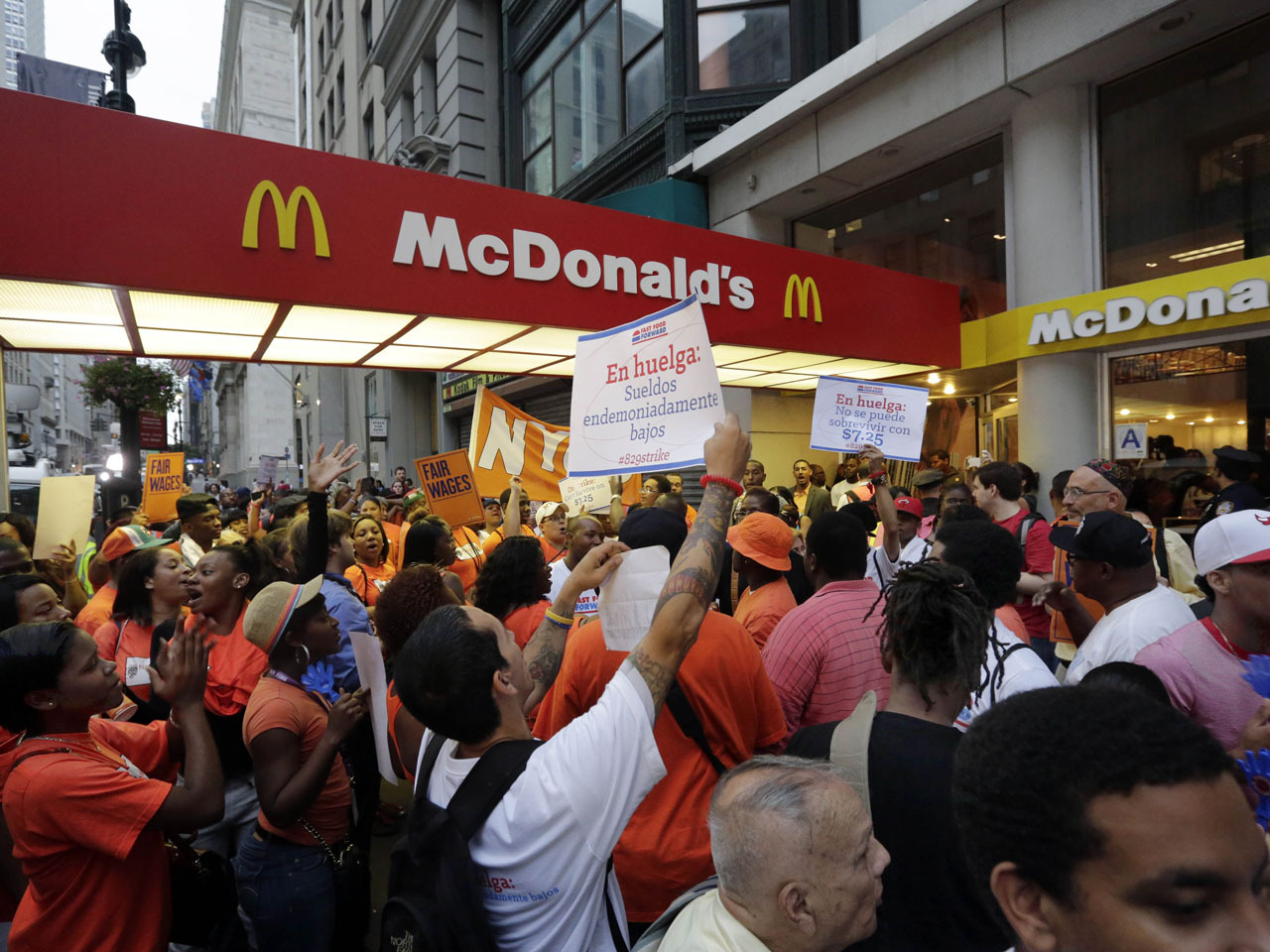 (MoneyWatch) Employees of fast food restaurants are striking in cities around the country, bolstered by support from labor unions, churches, and other groups, demanding $15 an hour wages and a greater ability to unionize. Many consumers have complained that the expectations are unreasonable, given the type of work and the skills and drive they assume must be lacking in the workers.

However, government statistics and studies suggest that the common picture of the fast food worker is inaccurate. Not only are relatively few of them teenagers looking for some pocket money while attending school, but the number of adults working in low-paying part-time jobs against their wishes is rapidly growing.

Everyone has a sense that fast food workers don't make a lot of money, but just how much less they earn than other Americans is spelled out in the latest report from the Bureau of Labor Statistics. According to the study, the average hourly earnings for non-farm labor was $23.98 in July. For production and non-supervisory workers, the average hourly wage was $20.14. In contrast, the average hourly wage last year for the nation's roughly 505,000 fast-food cooks was $9.03 an hour. The 2.9 million food preparation and serving workers had an average hourly wage of $9. Furthermore, the wages have been dropping over the last few years when compared in 1982-1984 dollars (an analysis that can account for inflation). Here's the Bureau of Labor Statistics graph from January 2010 to July 2013:

Compounding the problem is that food service workers are typically under-employed. The average weekly hours for all non-farm employees were 34.4 in July. But according to the Federal Reserve Bank of St. Louis, the average weekly hours for the overall leisure and hospitality category, which includes fast food, haven't been above 26.4 since 2006. The numbers suggest that the average fast food worker, assuming working 52 weeks without vacation, makes about $12,355. The federal poverty guideline for a single person is $11,490.

Meanwhile, these jobs are no longer introductions to the world of work. The age of the average worker is 28, with 70 percent 20 years old or older, according to statistics compiled by AOL Jobs. One out of four has at least one child. A third has at least some college education. And, according to the National Employment Law Project, there is "limited occupational mobility," so the positions don't lead to higher paying positions let alone opportunities to own franchises.

Unfortunately for the overall economy, fast food employment is one of the mainstays of job growth. If current patterns continue, more adults will end up asking if patrons want fries with their meals while not being able to afford to eat where they work.