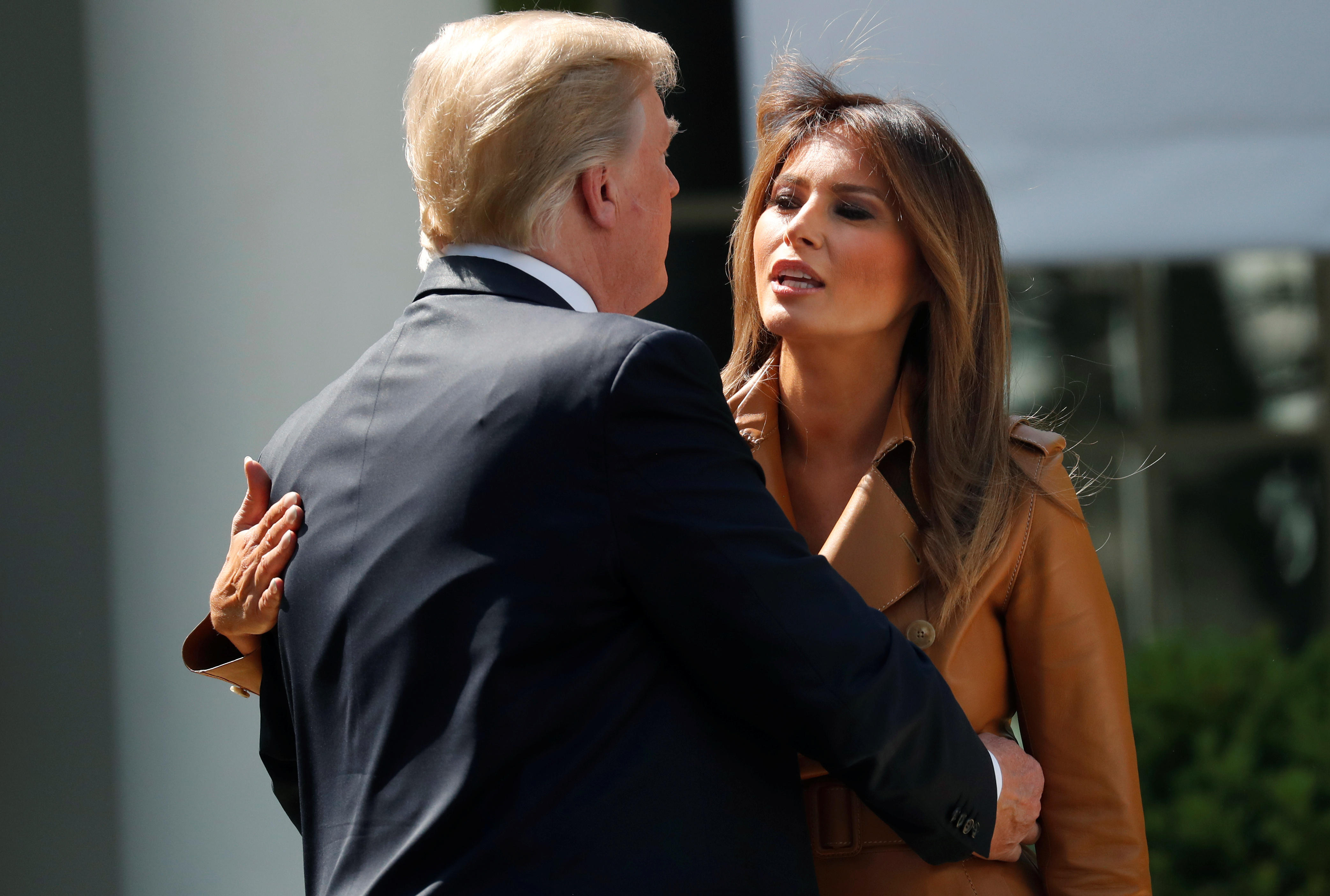 WASHINGTON -- First lady Melania Trump isn't joining her husband at the G7 summit in Quebec this week. She's also not planning to accompany him to the expected meeting with North Korea's leader in Singapore the week after, according to spokeswoman Stephanie Grisham.

"She will not attend the G7 and there are no plans for her to travel to Singapore at this time," Grisham said Sunday.

Mrs. Trump's decision not to go to Quebec is a departure from last year, when she made an international summit debut at the G7 meeting in Italy and followed up at the forum of G20 industrialized and developing nations in Germany. Spouses typically get together at events of their own during the meetings of world leaders.

The first lady stayed behind Friday when President Trump, his daughters, eldest son and son-in-law went to the Camp David retreat for the weekend. She hasn't made a public appearance since before her five-day hospital stay in mid-May for treatment of a kidney condition the White House only described as benign.

Grisham said earlier that the first lady has been meeting with staff and working on projects. Mrs. Trump is scheduled to join the president Monday in hosting a reception, closed to the press, for Gold Star families.

The G7 summit will be held in Quebec on Friday and Saturday. The president plans to meet North Korean leader Kim Jong Un on June 12 in Singapore, the first leaders' summit between two countries that are still formally at war.

The first lady attempted address her absence from the public eye Wednesday with a tweet. "I see the media is working overtime speculating where I am & what I'm doing," she wrote. "Rest assured, I'm here at the @WhiteHouse w my family, feeling great, & working hard on behalf of children & the American people!"

She hasn't tweeted since May 30.