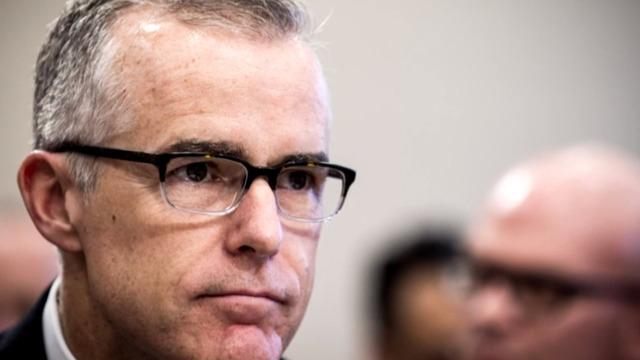 FBI officials have recommended that the former number two at the FBI Andrew McCabe be fired, CBS News' Paula Reid reports. Attorney General Jeff Sessions is reviewing the recommendation. If Sessions goes along with the recommendation, McCabe could lose at least part of his pension.

The report by the Department of Justice Inspector General, while not yet finished, found evidence that McCabe had questionable contact with a reporter and was not fully forthcoming when asked about it about an investigation concerning the Clinton foundation. Those familiar with McCabe's side of the story say he was authorized to talk to reporters.

McCabe, through someone in touch with him, has no comment on the recommendation.

The Department of Justice, asked for a response, said that it had no personnel announcements, but released a statement saying, it "follows a prescribed process by which an employee may be terminated.  That process includes recommendations from career employees and no termination decision is final until the conclusion of that process."

The Justice Department's inspector general is expected to criticize McCabe as part of its investigation into the handling of the Clinton email investigation. The Associated Press reported earlier this month that "criticism of McCabe was expected to be in connection with a media disclosure and a question of whether proper procedures were followed in the release of information."