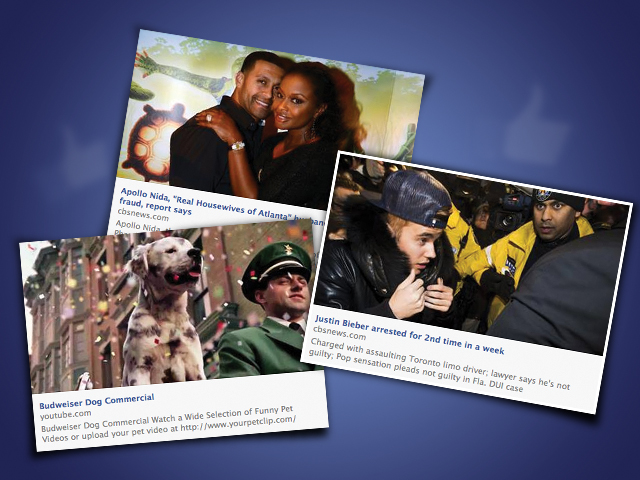 It's been quite the week in entertainment, kicking off with the 56th annual Grammy Awards on Sunday, which featured a who's who list of performers, winners and presenters. Daft Punk scored top honors, and people were buzzing over Beyonce and Jay Z's sizzling performance, along with Imagine Dragons and Kendrick Lamar's pairing.

But that's not all we were talking about. Facebook has tallied the top 10 most buzzy stories in entertainment this week -- and, not surprisingly, Justin Bieber made the cut.

We also lost a true legend -- folk singer Pete Seeger -- and got a taste of what’s to come Super Bowl Sunday in the ad department with Budweiser's heartwarming "Puppy Love" commercial. All together now: "Awwww!"

Check out the Super Bowl spot below -- and see which other stories had everyone buzzing:

Pete Seeger, who co-wrote "If I Had a Hammer," ''Turn, Turn, Turn," ''Where Have All the Flowers Gone," died Monday at the age of 94. He inspired generations of musicians, including Willie Nelson and Bruce Springsteen. The Boss took to Facebook to pay tribute:

Justin Bieber just couldn't catch a break this past week. After getting arrested in Miami Beach, Fla., the Canadian pop star was charged Wednesday with assaulting a limousine driver in Toronto in December. And to make matters worse, a petition to deport the singer gained momentum on WhiteHouse.gov.

Apollo Nida, the husband of "The Real Housewives of Atlanta" star Phaedra Parks, was arrested on charges of bank fraud and identity theft.

As part of UW Battle league, rapper Loaded Lux got caught up in another high-profile battle -- this time against Hollow Da Don.

Oprah Winfrey turned 60 on Wednesday and showed off flowers given to her by pal Ellen DeGeneres:

*Buzz rankings reflect the top entertainment topics being discussed on Facebook, Jan. 26-29, in the United States. Rankings are based on both frequency and momentum -- the Facebook conversations that not only got a lot of buzz during the week, but also saw a notable increase compared with the previous week.

Tell us: What were you buzzing about this week?