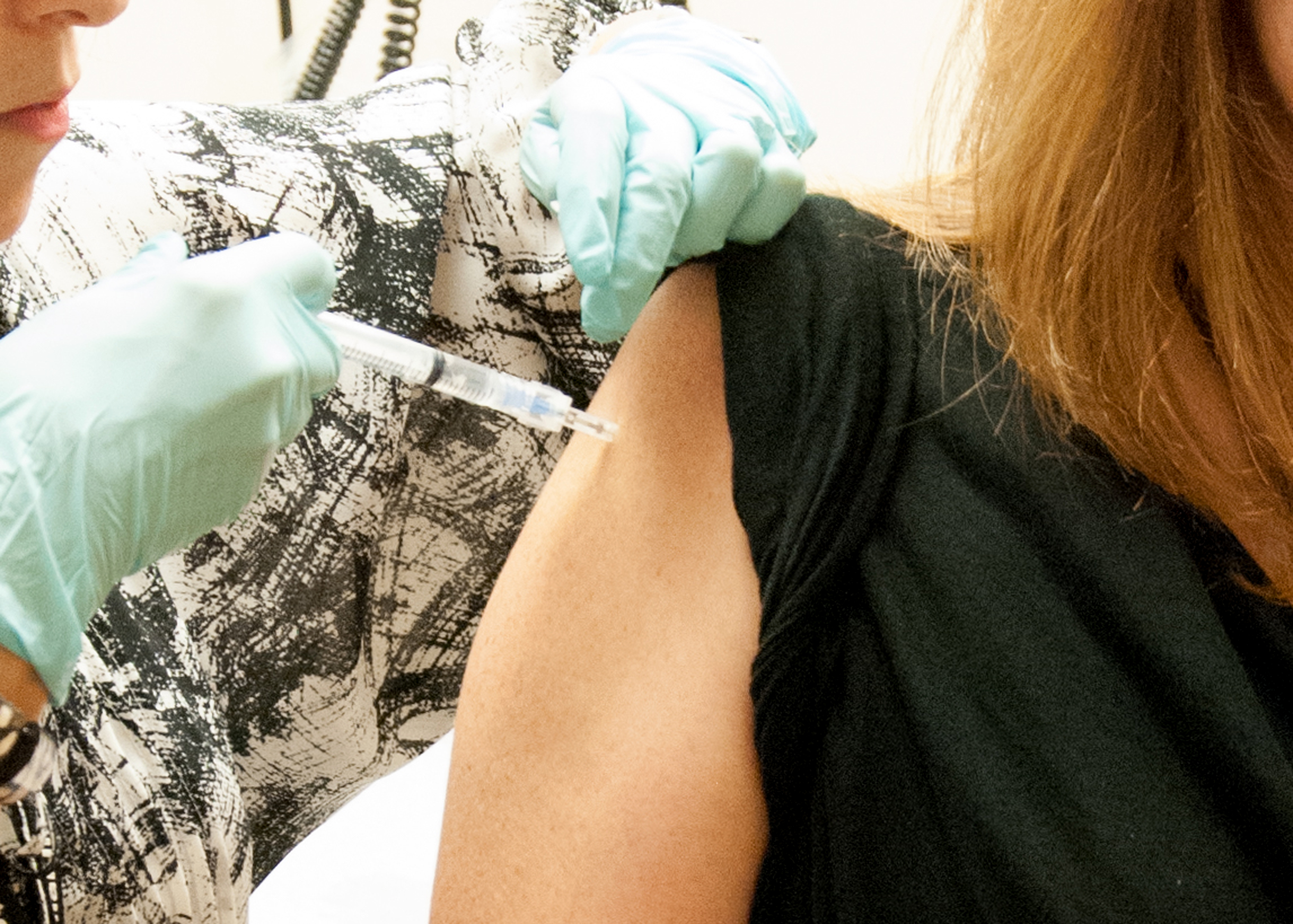 The current Ebola outbreak in West Africa shows little sign of slowing down, which is why scientists worldwide are racing to develop a vaccine to end the growing public health crisis. On Wednesday, the National Institute of Allergy and Infectious Diseases, a division of the National Institutes of Health, released promising preliminary data on a small study that examines the safety and efficacy of one experimental vaccine currently in development. The researchers found the vaccine elicited an immune response in 100 percent of the study's volunteers and did not cause any serious adverse side effects.

"Based on these positive results from the first human trial of this candidate vaccine, we are continuing our accelerated plan for larger trials to determine if the vaccine is efficacious in preventing Ebola infection," Dr. Anthony Fauci, director of NIAID, said in a press statement.

The findings of the VRC 207 Phase 1 clinical trial were published Wednesday in the New England Journal of Medicine. The study began Sept. 2, and was conducted at the NIH's Clinical Center in Bethesda, Md. It involved 20 healthy adults, aged 18 to 50.

Through blood analysis, the researchers observed the presence of anti-Ebola antibodies four weeks after administering the vaccine. They also detected an increased production in a certain type of T-cells, known as CD8T, which are necessary for the body's ability to maintain an immune response.

Study volunteers did not report any serious side effects after receiving the vaccine. However, two people who received a higher dose of the vaccine developed fever within 24 hours, which was resolved with over-the-counter anti-inflammatory medications.

The researchers say they will complete this trial by the end of December, in order to expedite the approval process with the U.S. Food and Drug Administration. Typically, it takes the FDA close to 15 years to green light any vaccine or drugs for widespread commercial use.

The NIAID is communicating with health officials in Liberia to set up Phase 2 and Phase 3 trials on the vaccine in 2015. These studies would involve a larger number of people to test the safety and efficacy of this particular vaccine compared with other vaccines currently in development.

The vaccine is composed of a type of chimpanzee cold virus called chimp adenovirus type 3 (ChAd3), which is used as a carrier that delivers small doses of genetic material derived from Ebola. The virus doesn't replicate once it enters human cells, but it does trigger an immune response.

The NIAID is testing two versions of the vaccine. The findings of this study are based on the bivalent vaccine, which is composed of genetic material from both Ebola Zaire and Sudan Ebola. The monovalent version of the vaccine contains genetic material only from Ebola Zaire, the most deadly form of the virus which is responsible for the current outbreak in West Africa that's infected more than 15,000 people and killed nearly 5,500.

The monovalent trial is currently underway, and the vaccine is being tested on 60 healthy volunteers at the University of Oxford in England and 40 healthy volunteers in Mali in Africa. The researchers expect to release preliminary data from these trials by the end of the year.