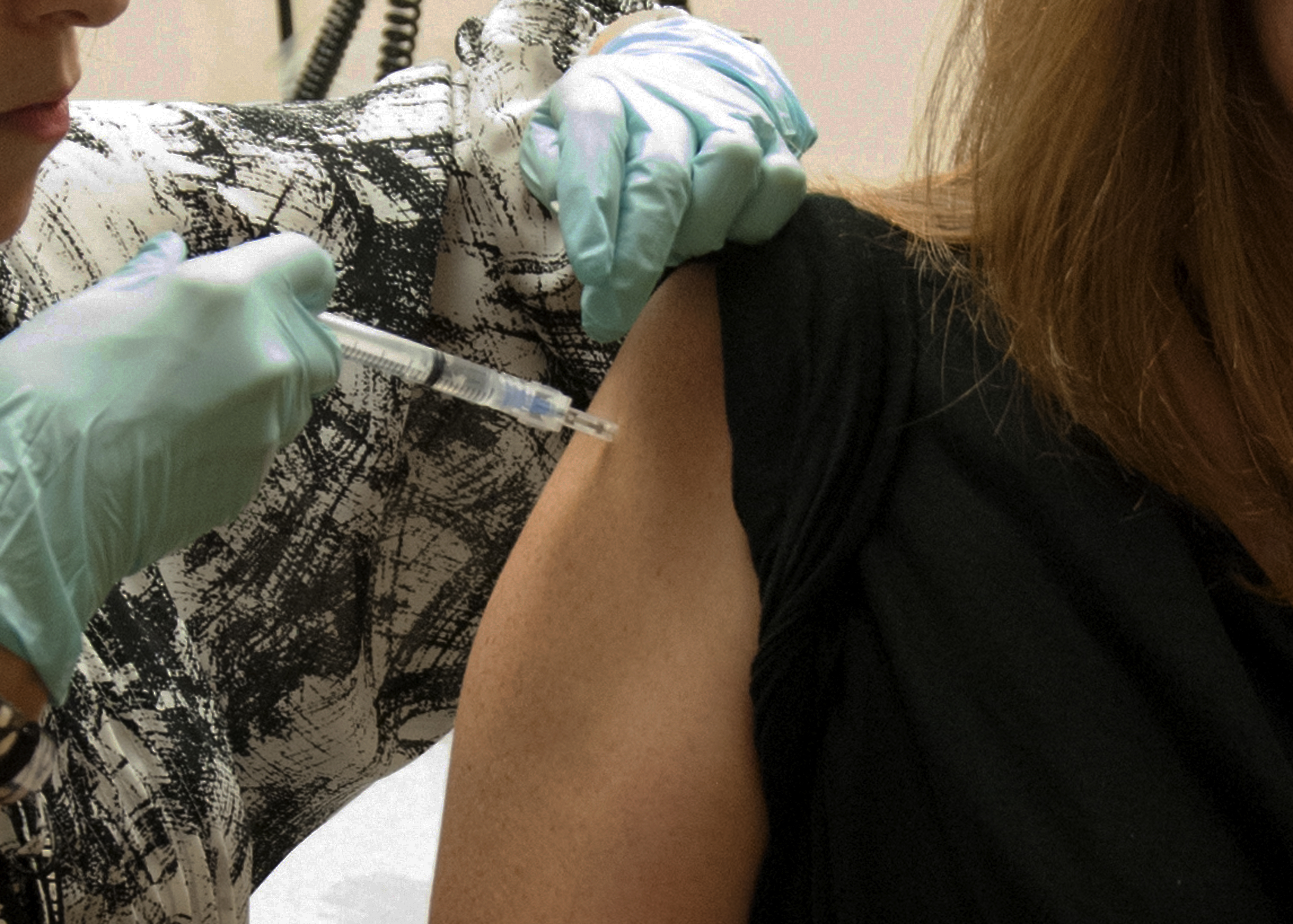 WASHINGTON -- New monkey studies show that one shot of an experimental Ebola vaccine can trigger fast protection, but the effect waned unless the animals got a booster shot made a different way.

Some healthy people are rolling up their sleeves at the National Institutes of Health for the first human safety study of this vaccine in hopes it eventually might be used in the current Ebola outbreak in West Africa.

The NIH on Sunday published some of the key animal research behind those injections. One reason the vaccine was deemed promising was that a single dose protected all four vaccinated monkeys when they were exposed to high levels of Ebola virus just five weeks later, researchers reported in the journal Nature Medicine.

That's in line with other vaccines routinely used today, and fortunately it didn't take multiple doses to trigger that much protection, said Dr. Anthony Fauci, director of NIH's National Institute of Allergy and Infectious Diseases, whose employees led the work.

The bigger challenge is that the protection wanes over time.

Researchers exposed monkeys to Ebola 10 months after vaccination, and this time only half were protected.

Partial protection is better than none, Fauci said. But the goal is long-lasting protection, so it was time to try booster shots. The vaccine is made with a chimpanzee cold virus, used as a delivery system for pieces of an Ebola gene. The researchers tried simply giving another dose as a booster two months later. That didn't work well enough.

So they tried a different approach called "prime-boost." The first dose, to prime the immune system, was that original chimp virus-based Ebola vaccine. But for the booster two months later, they made vaccine a different way. They encased the same Ebola gene pieces inside a poxvirus that's used to make a vaccine against smallpox. (Neither vaccine type can cause Ebola.)

This time, all four monkeys still were protected 10 months after the initial shot.

With the Ebola crisis rapidly worsening, the World Health Organization said Friday that it would try to speed the use of certain experimental products, including two vaccine candidates. The WHO said that in November, it expects early results from first-stage studies to see if the vaccine appears safe and triggers an immune reaction in people. That would help determine whether to test the shots' effectiveness in health care workers in West Africa.

"Make sure people do what works," he said.

The booster-shot findings illustrate an added complexity to speeding an experimental vaccine into the field. The initial first phase study results would shed light only on that "priming" vaccine made from the chimp cold virus, Fauci said. The poxvirus booster step would be tested later only if scientists decided the initial vaccine was promising enough.

Still, manufacturer GlaxoSmithKline has said it plans to begin manufacturing up to 10,000 doses of the initial NIH-developed vaccine.