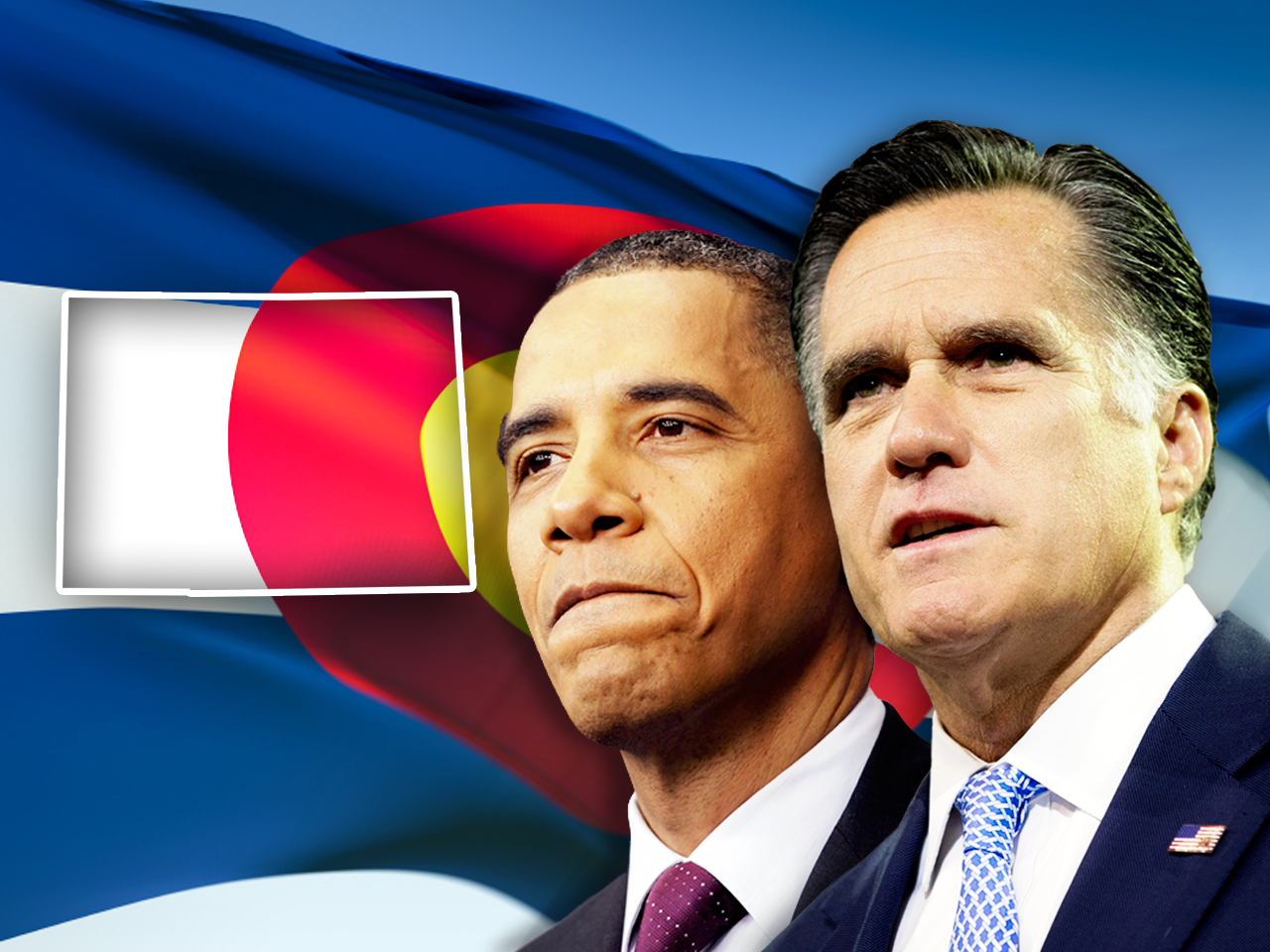 The polls have just closed in Colorado, and the CBS News exit poll shows a very close race: The two candidates are tied among women, while Mr. Obama has a one-point edge among men.

The gender gap that can be seen in most of the battleground states, which has seen the president leading among women and Romney up among men, is nowhere to be found in Colorado. In 2008, when Mr. Obama won Colorado by nine points, he had the support of 56 percent of Colorado women.

Thirty-two percent of voters are Democrats, 30 percent are Republicans, and 38 percent are independent or something else. Romney is leading among the last group 50 percent to 43 percent. The president won 54 percent of Colorado independents in 2008.

Seventy-seven percent of voters say the U.S. economy is in poor shape, though one in two blame George W. Bush for the nation's current economy problems. Only 38 percent blame Mr. Obama.

Amendment 64, which would allow the use and regulation of marijuana, has the support of 57 percent of voters in this early exit poll. Forty-three percent voted no on the measure.

This is an early exit poll and does not reflect the final exit poll numbers.