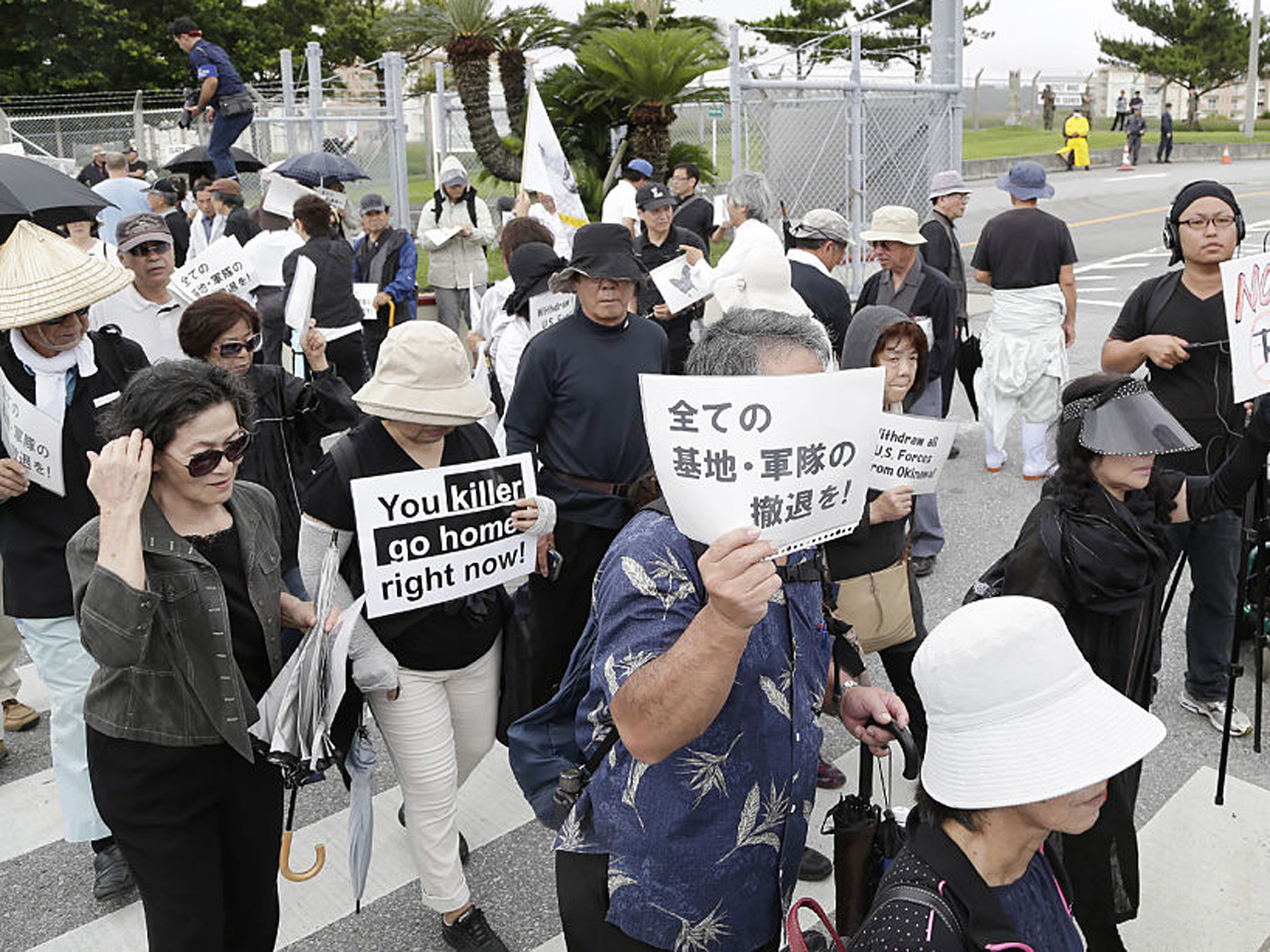 TOKYO -- Japanese police said Thursday that a U.S. military contractor arrested on suspicion of abandoning the body of a young woman on Okinawa is now officially the prime suspect in her murder and rape, in a high-profile case that has sparked outrage on the southern island.

Anti-U.S. military sentiment runs deep on Okinawa, where residents have long complained about the heavy presence of U.S. military bases and crime linked to them. The arrest took up a significant part of a Japan-U.S. summit that was held a week later, causing President Obama to apologize. The U.S. Marines on Okinawa issued an order two days later restricting celebrations and off-base drinking.

The arrest last weekend of a U.S. sailor for alleged drunken driving has added to the anger. Following that arrest, the U.S. Navy also banned all drinking of alcohol by its personnel in Japan, on and off base, and restricted off-base activities.

Police said Thursday that Kenneth Shinzato, who is also a former Marine, is now the prime suspect in the murder and rape of the 20-year-old woman whose body was found last month, three weeks after she disappeared after messaging her boyfriend that she was going for a walk.

Police arrested 32-year-old Shinzato on May 19 after he told investigators where they could find the woman's body in a forest. He was expected to be formally charged with abandonment later Thursday.

He is married to a Japanese woman and works for a contractor that provided services to U.S. bases on Okinawa.

Tensions are already high over a plan to relocate a Marine Corps air station to a less-populated part of Okinawa. About half of about 50,000 U.S. troops stationed in Japan are on the island, and many residents resent the burden they bear for the defense of Japan and the region. They want the air station to be moved off Okinawa all together.