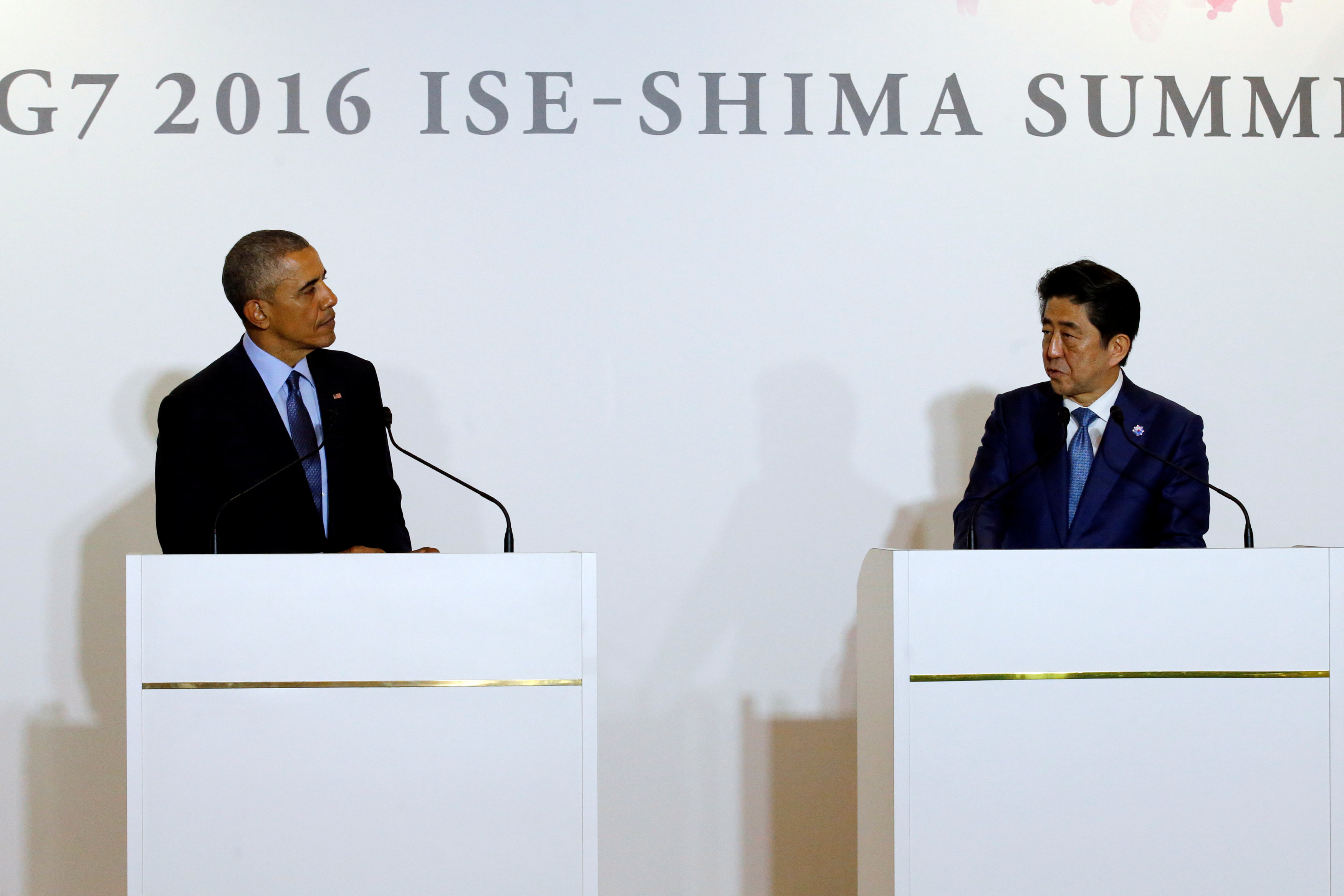 Japanese Prime Minister Shinzo Abe publicly chastised President Obama Wednesday over the recent murder of a woman in Okinawa, which Japanese police have linked to an American worker at a U.S. military base.

"At the outset of our small group discussion, I firmly launched a protest against President Obama as the Japanese prime minister with regards to the most recent case in Okinawa," Abe said at a press conference with Mr. Obama, shortly after the two leaders' bilateral G7 summit meeting in Shima, Japan. "I feel profound resentment against this self-centered and absolutely despicable crime," adding that the case has shocked not just Okinawa but all of Japan.

"I convey to the president that such feelings of the Japanese people should be sincerely taken to heart," Abe continued. "I also urge the United States to make sure to take effective and thorough means to prevent a recurrence and rigorously and strictly address the situation."

The prime minister added that when it comes to "proceeding with the realignment of U.S. forces," Japan "will not be able to make progress" in light of the rising anti-American sentiment over the Okinawa murder.

"There is a tough and challenging road ahead of us as we seek to regain confidence which was lost in the most recent case," Abe said.

Mr. Obama, for his part, said the U.S. is "appalled" by any violent crime that may have been committed by any American personnel or contractor. He extended his "sincerest condolences and deepest regrets" for the Okinawa murder and pledged to assist Japanese investigators to "make sure justice is served."

Addressing the growing international strains over the South China Sea, the president said all the U.S. wants is freedom of navigation, overflight, and enforcement of international rules. Rising tensions, he said, are not of America's making, adding that it is "entirely within China's power" to resolve disputes there.

The president plans to visit Hiroshima during this week's trip to Japan, where he says he will reflect on how "war involves suffering" and how the world should "always do what we can to prevent it."

The prime minister said he "wholeheartedly welcomes" the decision by Mr. Obama to take a trip to Hiroshima, the site of a nuclear bomb drop by U.S. forces in World War II. Mr. Obama will be the first sitting American president to do so.

Abe said that the visit "will create momentum for a world free of nuclear weapons."

The prime minister, when asked during the press conference whether he would make a reciprocal trip to Pearl Harbor in Hawaii, said he had no current plans for a visit.