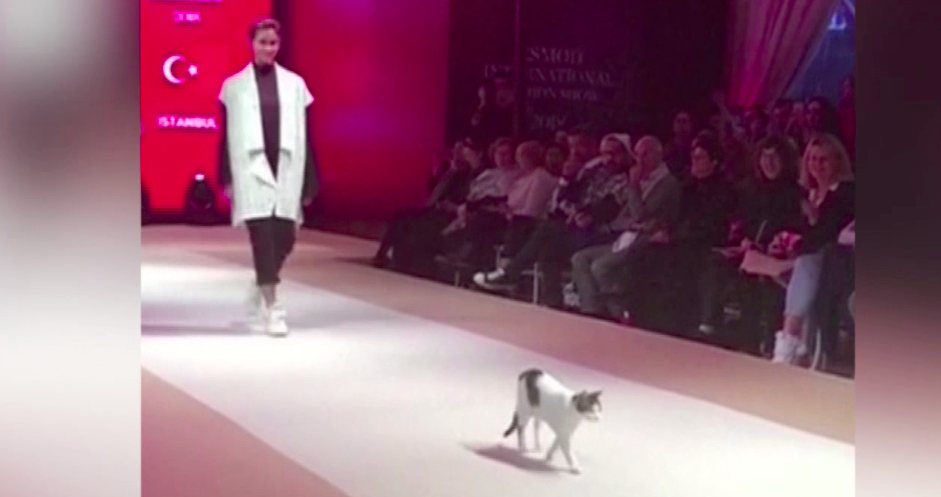 A playful cat decided it was its moment to shine when it hopped up on the runway of a live fashion show in Turkey and tried to strut its stuff with the other models. It was impawsibly cute.

The grey and white cat was captured traipsing around the runway in a now viral video posted by Instagram user hknylcn on Friday.

The fearless feline is first seen strolling on the runway, but the cat then became more and more playful with the models.

The cat appears to try to play with the models' clothes, pawing at pant legs, dangling sashes and just about anything else that catches its eye.

The video ends with the cat walking over to its new adoring fans, those sitting in the front row of the show.

Signs in the back of the runway indicate the video was taken at at the 2018 Esmod International Fashion Show held in Istanbul, Turkey.