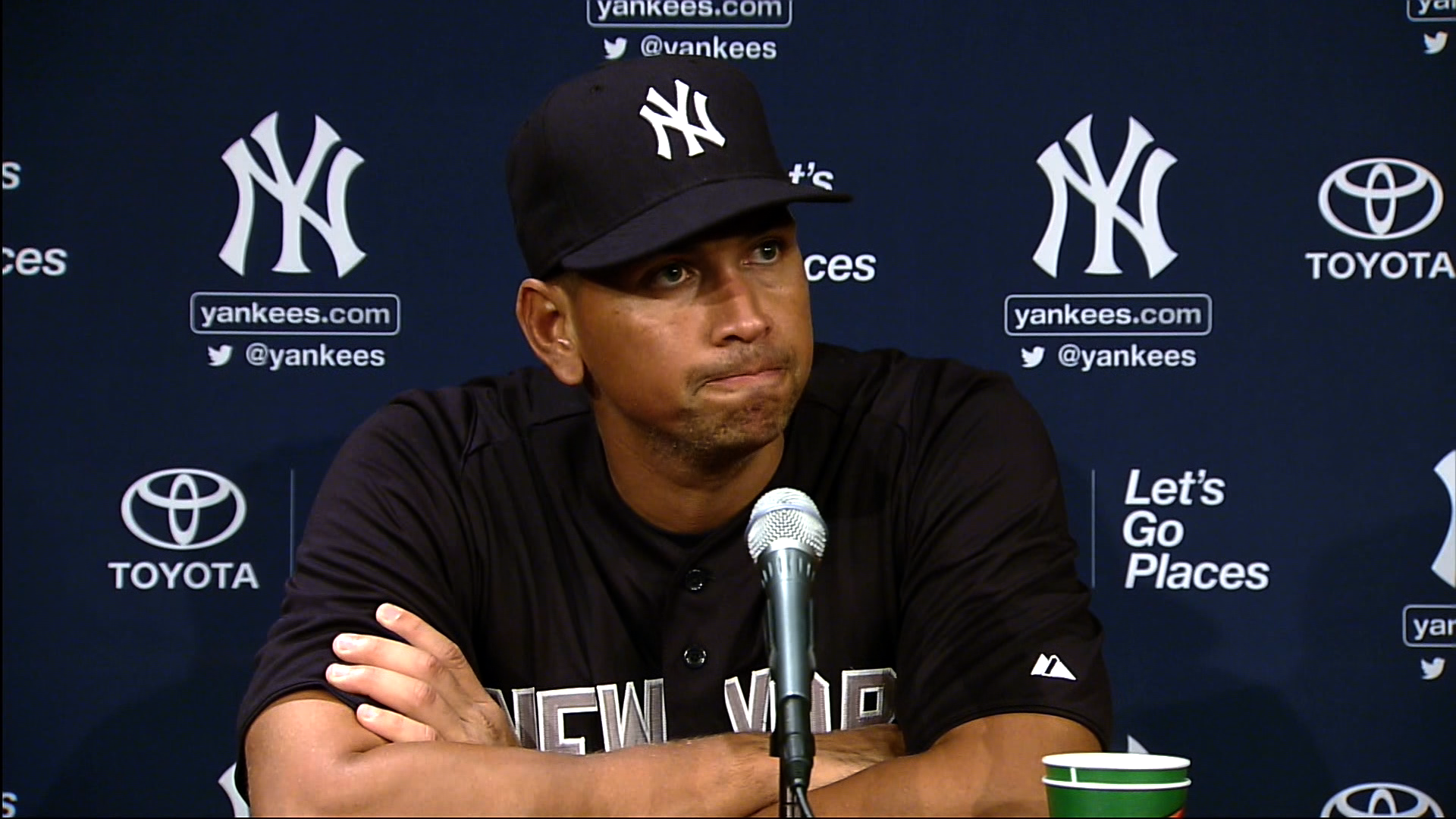 A clearly emotional Alex Rodriguez faced reporters Monday, thanking Major League Baseball for the opportunity to continue playing as he fights against doping charges, but steering clear of directly addressing his guilt or innocence.

The New York Yankees all star, wearing his team cap and shirt, spoke ahead of a Chicago baseball game shortly after it was announced he would be suspended by the league. Rodriguez's suspension, effective August 8, covers 211 games, but he will be allowed to continue playing as he appeals the decision.

"I just want to express to you guys and the fans of baseball the last seven months have been a nightmare, probably the worst time of my life," Rodriguez said at a press conference before Monday night's game.

There was little sympathy, however, from the stands at U.S. Cellular field in Chicago, where the Yankees played the White Sox. As soon as Rodriguez stepped to the plate,he was greeted by boos.

The MLB has said Rodriguez's drug ban was for "his use and possession of numerous forms of prohibited performance-enhancing substances, including testosterone and human growth hormone over the course of multiple years." The league has also accused him of  "attempting to cover-up his violations ... by engaging in a course of conduct intended to obstruct and frustrate the Office of the Commissioner's investigation."

In addition to fighting charges that he used PEDs, A-Rod has been rehabbing from hip surgery and quadriceps injury.

Monday night's game against the White Sox is the first time Rodriguez will play in the major league since his dismal performance in the playoffs last October. He played in two minor league games over the weekend.

Rodriguez repeatedly dodged questions directly about the charges into using performance enhancing drugs. He is one of 13 players suspended Monday for their links to Biogenesis, a now-defunct clinic accused of distributing banned performance-enhancing drugs to athletes across several professional sports.

A-Rod repeated himself when a reporter asked if he could just outright deny or admit the charges. "That's all I feel comfortable telling your right now," he said.

When asked if he thought about the consequences of things don't go his way and he is ultimately banned from the Yankees, Rodriguez said he hasn't "thought that far ahead."

"It's been the toughest fight of my life," he said.

Nelson Cruz of the Rangers, Jhonny Peralta of the Tigers and Everth Cabrera of the Padres -- all 2013 All-Stars -- accepted 50-game suspensions without appeal.

Rodriguez, a three-time Most Valuable Player, is the professional sport's highest-paid and is still owed $86 million for the final four years of his contract with the Bronx Bombers.

As CBS News correspondent Don Dahler reported, an arbitrator would have 25 days to rule on Rodriguez's appeal, and the evidence against the player would be made public. The appeal schedule, however, can be altered by agreement of management and the union. If the suspension ultimately stands, he will lose around $34 million in salary.

What's behind the push for a fourth stimulus check
Sara Dover