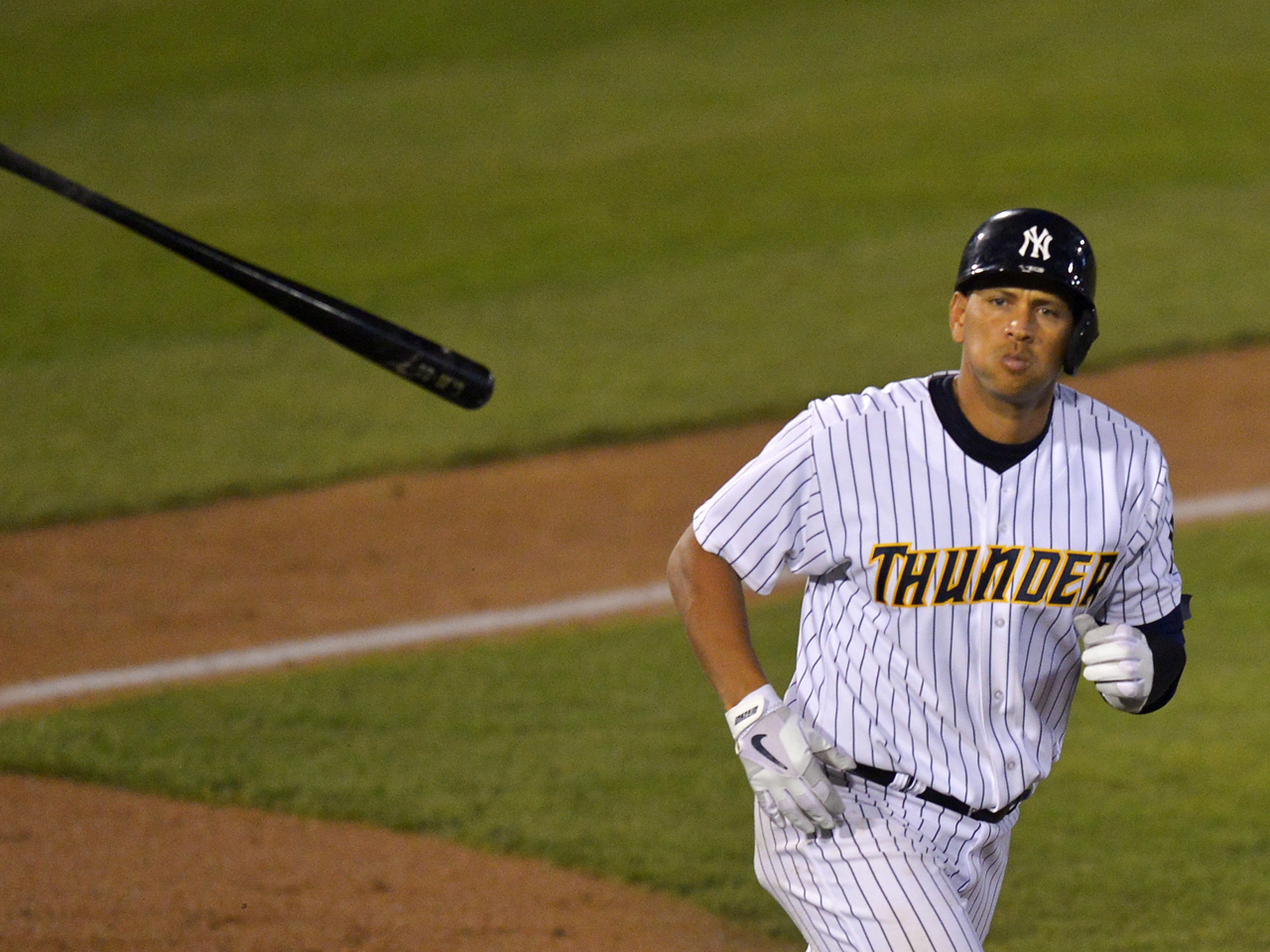 (CBS News) On Monday, the highest paid player in professional baseball, New York Yankee Alex Rodriguez, is expected to be suspended through 2014 for using steroids. But the New York Yankees' manager said Sunday A-Rod is penciled into the Monday lineup in Chicago.

Rodriguez told the press: "I can't wait to see my teammates. I feel like I can help us win."

After a final minor league rehab game, Rodriguez was optimistic, saying he's rejoining the Yankees, who are playing on the road Monday.

"I am flying to Chicago," Rodriguez said.

But also on Monday, Major League Baseball is expected to announce his season-ending suspension for using performance-enhancing drugs and obstructing the investigation. Under baseball's collective bargaining agreement, Rodriguez could play while fighting a suspension if the Yankees want him to.

"Under the rules, that could happen," said CBSSports.com's Danny Knobler. "Now whether that will happen, I don't know, and I don't know that anyone outside the commissioner's office really knows that yet."

An arbitrator would have 25 days to rule, and the evidence against Rodriguez would be made public. If the suspension ultimately stands, he will lose around $34 million in salary.

"This is a guy who would then be 40 years old, having had two hip surgeries, so it's highly unlikely that he could ever even think about playing again," Madden said.

The talk of a lifetime ban for Rodriguez has quieted down. Major League Baseball wants A-Rod and the other players to accept their punishment without appeal and put all this behind them.