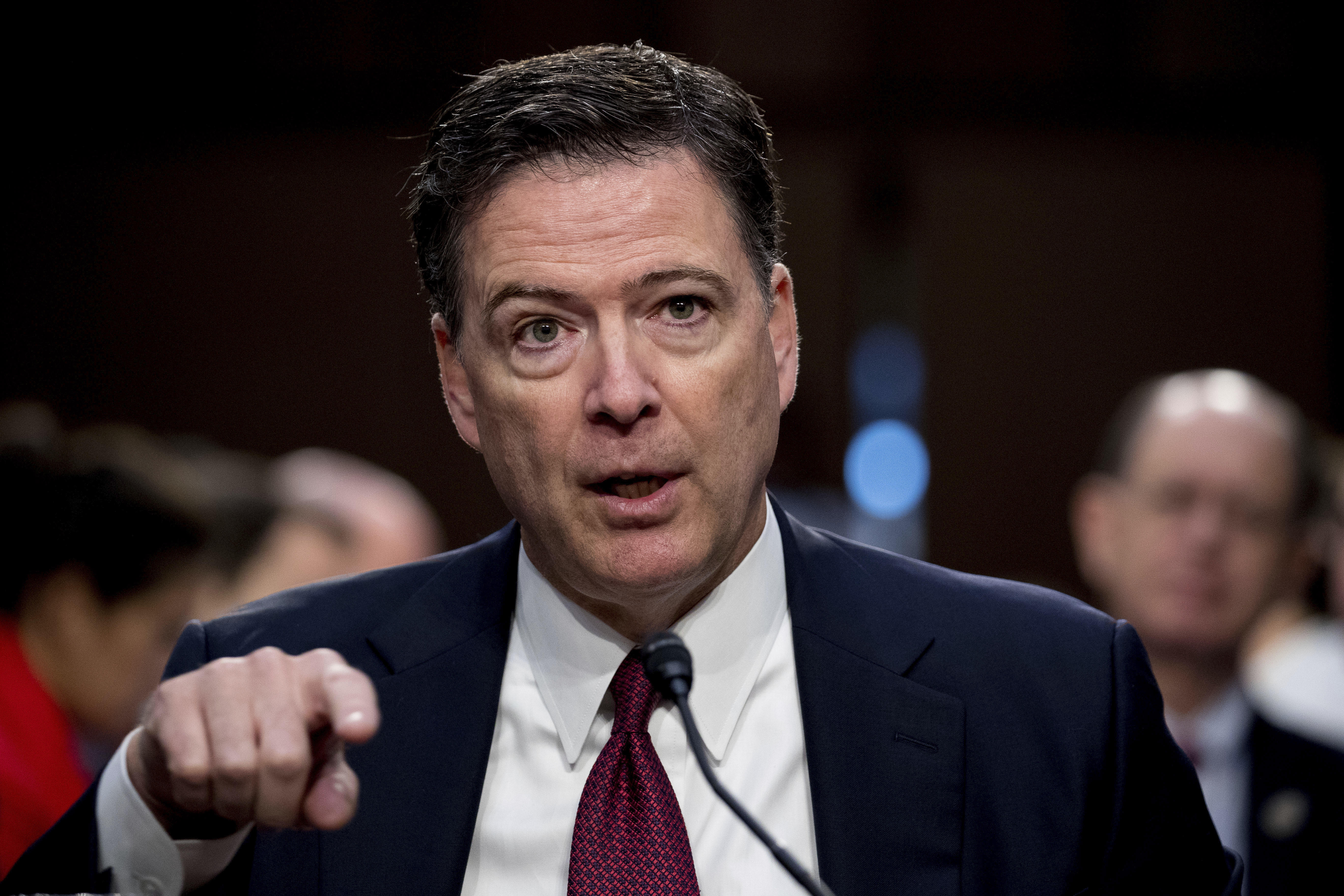 A number of FBI chiefs at regional field offices reacted with shock and dismay when James Comey, the bureau's director, was fired last year, according to emails obtained by Lawfare.

Lawfare is a website run by Benjamin Wittes, a national security analyst and a friend of Comey's. In June 2017, roughly one month after President Trump fired Comey, Wittes filed Freedom of Information Act (FOIA) requests for managerial emails relating to Comey's departure. As Wittes wrote at the time, he was trying to prove that Comey was a popular and well-regarded figure at the bureau, despite the White House's claims to the contrary.

On Monday, Lawfare published the emails they received as a result of the FOIA request. And according to Wittes and his team of analysts and writers, they prove that "the rank and file of the FBI" had not "lost confidence" in Comey, which is what then-White House Deputy Press Secretary Sarah Huckabee Sanders had told reporters after Comey's firing. Days after he fired Comey, Mr. Trump claimed that "Director Comey was very unpopular with most people," a remark he made during a news conference in late May.

"Unexpected news such as this is hard to understand but I know you all know our Director stood for what is right and what is true!!!...He truly made us better when we needed it the most," Renae McDermott, the special agent in charge of the FBI's Knoxville, Tennessee office, told her staff.

"I just saw CNN reporting that Director Comey has been fired by President Trump," David Geilos, the special agent in charge of the FBI's Detroit office, wrote to his staff. "I have no notification from HQ of any such thing. If I receive any information from HQ, I will advise. I'd ask all to stand by for clarification of this reporting. I am only sending this because I want everyone to know I have received no HQ confirmation of the reporting. I hope this is an instance of fake news."

A number of other special agents in charge of regional offices had similar reactions, according to the emails obtained by Lawfare. So did Andrew McCabe, the bureau's deputy director, who became acting head of the agency when Comey was fired.

"We all miss him. And I know that he misses us," McCabe wrote in one memo to FBI staff that had become public last month.

Other high-ranking FBI officials expressed similar sentiments. "As you know, no one ever leaves the FBI family, and that will be very true of Director Comey," wrote the FBI's assistant director of human resources. "Our hearts may be heavy but we must continue to do what we do best, which is to protect and serve the American people," wrote the assistant director of the FBI's Office of Victim Assistance.

According to Lawfare, "the amount of warmth in the emails, both about Comey and for their people, is atypical of all-staff communications. These leaders operate at the highest level of the FBI; in a chain-of-command organization, they aren't particularly accessible figures. But these emails, which were sent to entire divisions or field offices, are personal and intimate. Without overstating the matter or getting maudlin about it, it's safe to say that these messages show leaders who are shaken and concerned."

The emails do appear to run contrary to Sanders' assertion that Comey was unpopular both within and without the FBI.

"I've heard from countless members of the FBI that are grateful and thankful for the President's decision. . . . I certainly heard from a large number of individuals—and that's just myself—and I don't even know that many people in the FBI," she told reporters after Comey was fired in May 2017.