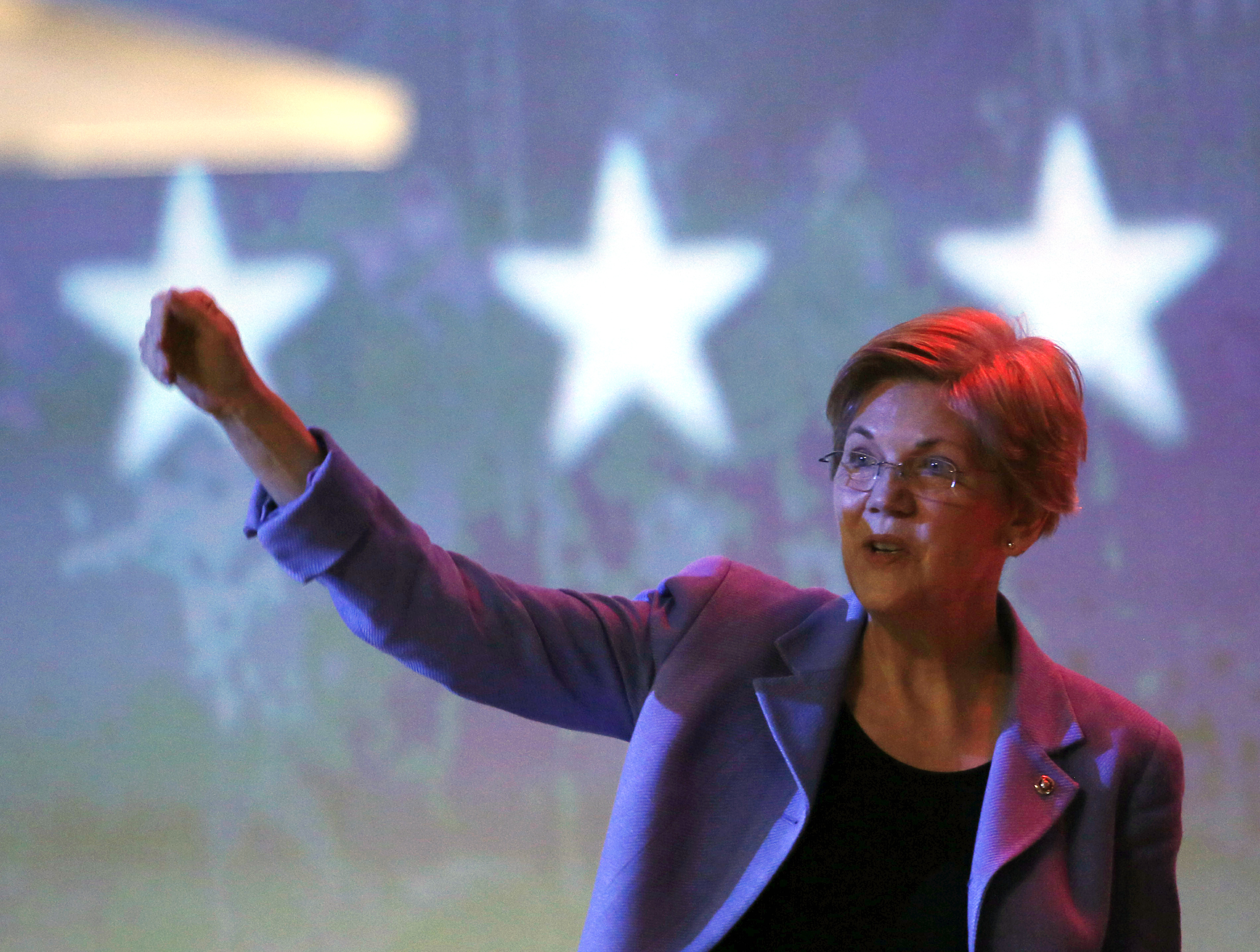 Speaking at a judicial conference in D.C. on Thursday night, Massachusetts Sen. Elizabeth Warren unleashed one of her strongest attacks yet on presumptive GOP nominee and "wannabe tyrant" Donald Trump over his rhetoric on judges -- and his troubles over Trump University.

"Donald Trump is a loud, nasty, thin-skinned fraud who has never risked anything for anyone and serves no one but himself," she told members of the American Constitution Society. "And that is just one of the many reasons why he will never be President of the United States."

Warren specifically spoke about the lawsuits over Trump University, the now-defunct series of real estate seminars Trump marketed and sold.

"Donald Trump has run into a lot of legal trouble," she said. "Ah yes, Trump University, which his own former employees refer to as a 'fraudulent scheme.'"

Warren spoke overall about how Republicans, by holding up the confirmation of President Obama's Supreme Court nominee, Merrick Garland, are "tearing down our centuries-old process for appointing judges."

"Do your job and give Merrick Garland his vote," she implored Republicans, who have held up his confirmation process because they hope a Republican president can fill the seat next year.

Warren also criticized those who attack potential or sitting federal judges "at the first sign that they might put the rule of law above devotion to the rich and powerful," a reference to the comments Trump has made about the Mexican heritage of the judge presiding over lawsuits involving Trump University, Gonzalo Curiel.

"You shame yourself and you shame this great country," she told Trump. "Judge Curiel can't respond, but we can.... He is one of countless American patriots who has spent decades quietly serving his country, sometimes at great risk to his own life," she said.

Warren also went after GOP leaders Paul Ryan and Mitch McConnell, who have endorsed Trump, noting that by backing him they're suggesting they want him to be the one to appoint judges for the next four years.

"Paul Ryan and Mitch McConnell want Donald Trump to appoint the next generation of judges," Warren said. "They want those judges to tilt the law to favor big business and billionaires like Trump. They just want Donald to quit being so vulgar and obvious about it."

Warren, who remained neutral throughout the primaries, is expected to formally endorse Clinton in an interview Thursday night. She is also often mentioned as a potential running mate for Clinton, especially as she's ramped up her sharp attacks on Trump, though it's unclear whether she's actually under consideration. In an interview with Politico, Clinton said she has the "highest regard" for the Massachusetts senator.

"I think she is an incredible public servant, eminently qualified for any role," Clinton said. "I look forward to working with her on behalf of not only the campaign and her very effective critique of Trump, but also on the issues that she and I both care about."

Vice President Joe Biden, who spoke after Warren at the event, also criticized Trump. He noted that he rarely goes after political opponents, but with Trump "we've sort of crossed the line here."

"I think his conduct is literally undermining and threatening and potentially doing damage to the constitutional imperative of an independent judiciary," Biden said. "...I don't think the framers envisioned a presidential candidate of being incapable of reaching a fair decision because of his ethnic descent, because he was Hispanic or anything else."

He didn't formally endorse Clinton in his speech, but made his preference known. While talking about the Supreme Court vacancy, he said he hopes it will be filled by "whoever the next president is, and in my view, God willing, it'll be Secretary Clinton."