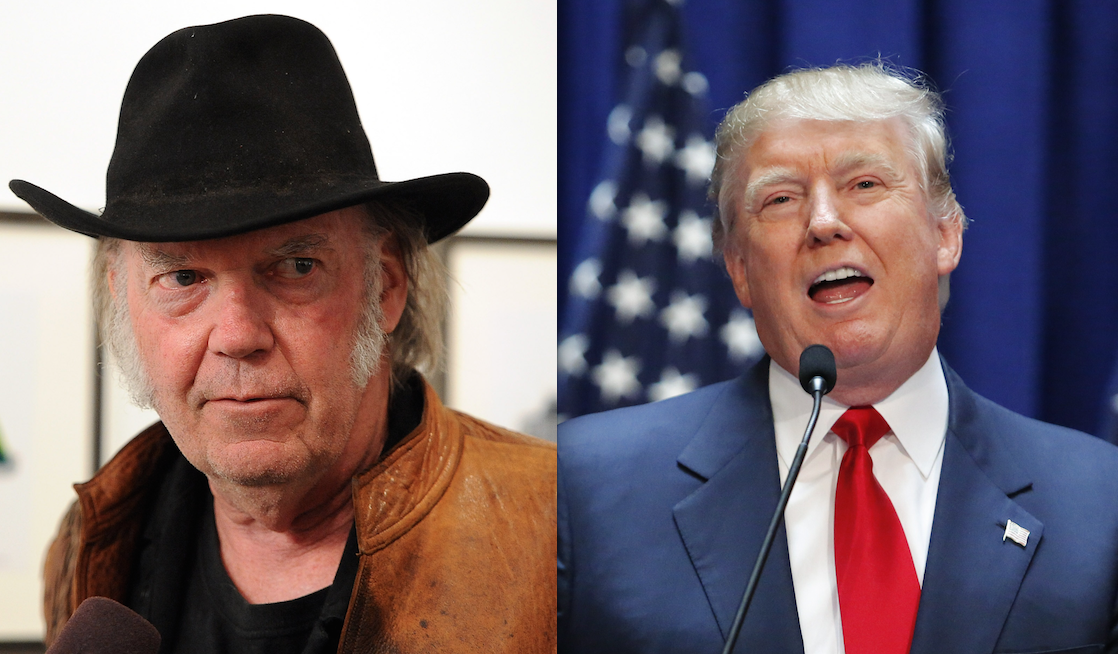 Businessman and reality television star Donald Trump kicked off his 2016 campaign at Trump Tower in Manhattan on Tuesday, and when the time came for him to make his grand entrance at the kickoff rally, he stepped onstage to the tune of Neil Young's "Rockin in the Free World."

In the vine below, you can hear the song playing as Trump rides an escalator downstairs to greet the applauding crowd below.

It turns out, however, that Trump didn't have permission to use Young's 1989 hit.

"Donald Trump was not authorized to use 'Rockin' In The Free World' in his presidential candidacy announcement," Lookout Management, which manages Neil Young, explained in a statement.

"Neil Young, a Canadian citizen, is a supporter of Bernie Sanders for President of the United States Of America," the statement said.

Sanders, who's running as a Democrat but identifies as an independent socialist, is a longtime senator from Vermont.