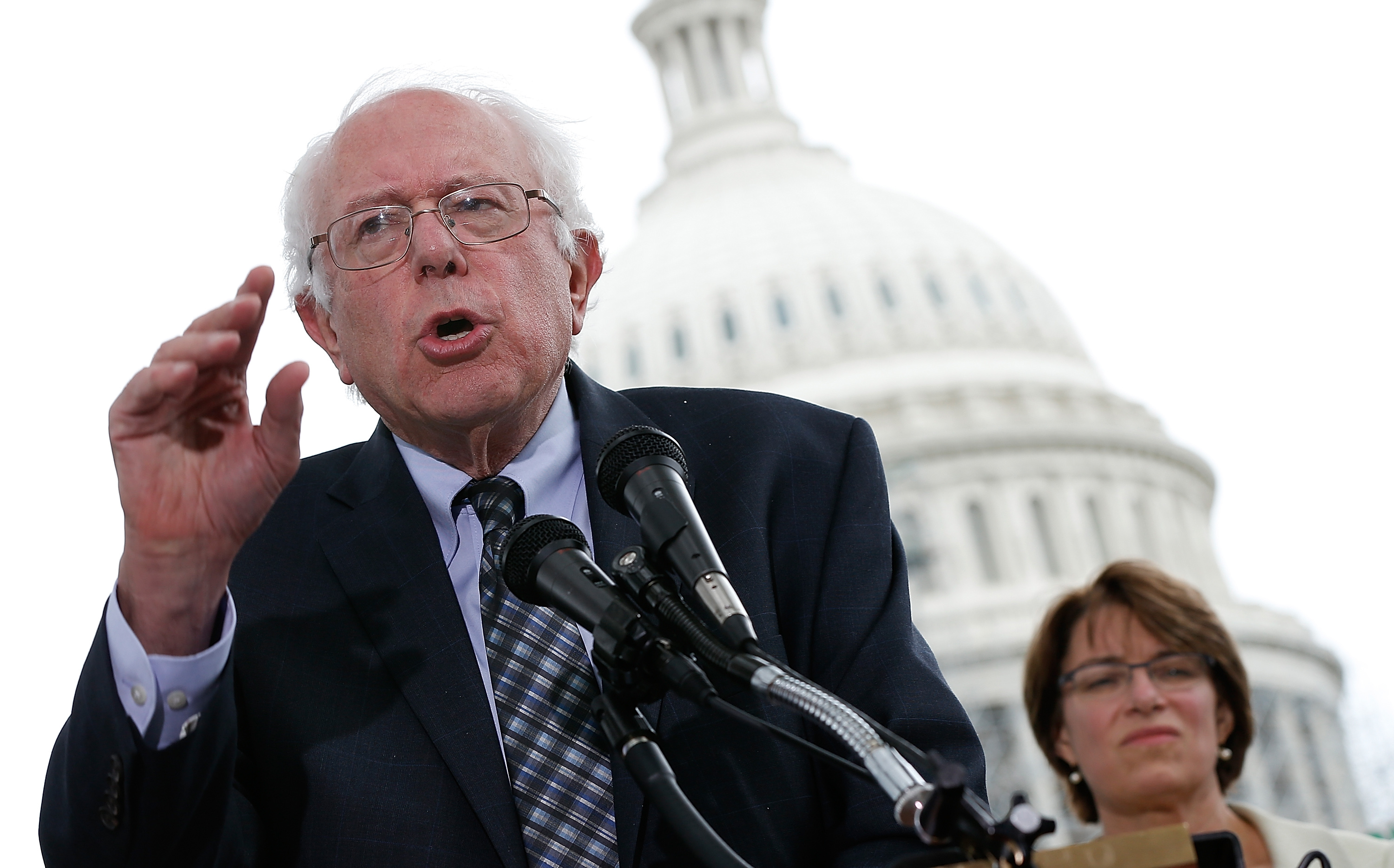 Bernie Sanders, the independent senator from Vermont, says he is announcing his candidacy for president Thursday.

In a statement, Sanders says he will declare his run for the Democratic nomination in an email to hundreds of thousands of supporters that will also be posted on his website, BernieSanders.com.

Sanders is becoming the first to challenge Hillary Clinton for that nod. As a self-identified democratic socialist, he plans to run to the her left.

However, Sanders does not intend to change his party affiliation from Independent to Democrat.

Sanders says the email will spell out the themes of his campaign. Later on Thursday, he will hold a news conference at the U.S. Capitol, doing the same.

According to the statement, Sanders' email says, among other things, that the people he's met in traveling across the country "wonder why they are working longer hours for lower wages. They worry about whether their kids will be able to afford college or get decent jobs. They fear that they may not have the savings to retire with dignity and security."

The Sanders email will go on to say of the challenges facing the nation, "It's not just that, for forty years, the middle class has been disappearing. It's that 99% of all new income is going to the top 1%, and the grotesque level of wealth and income inequality today is worse than at any time since the late 1920s. The people at the top are grabbing all the new wealth and income for themselves, and the rest of America is being squeezed and left behind.

"The disastrous decisions of the Supreme Court in the Citizens United case and in other related cases are undermining the very foundations of American democracy, as billionaires rig the system by using their Super PACS to buy politicians and elections.

"And the peril of global climate change, with catastrophic consequences, is the central challenge of our time and our planet.

"The middle class in America is at a tipping point. It will not last another generation if we don't boldly change course now."

The email adds, "Let's be clear. This campaign is not about Bernie Sanders. It about a grassroots movement of Americans standing up and saying: 'Enough is enough. This country and our government belong to all of us, not just a handful of billionaires."