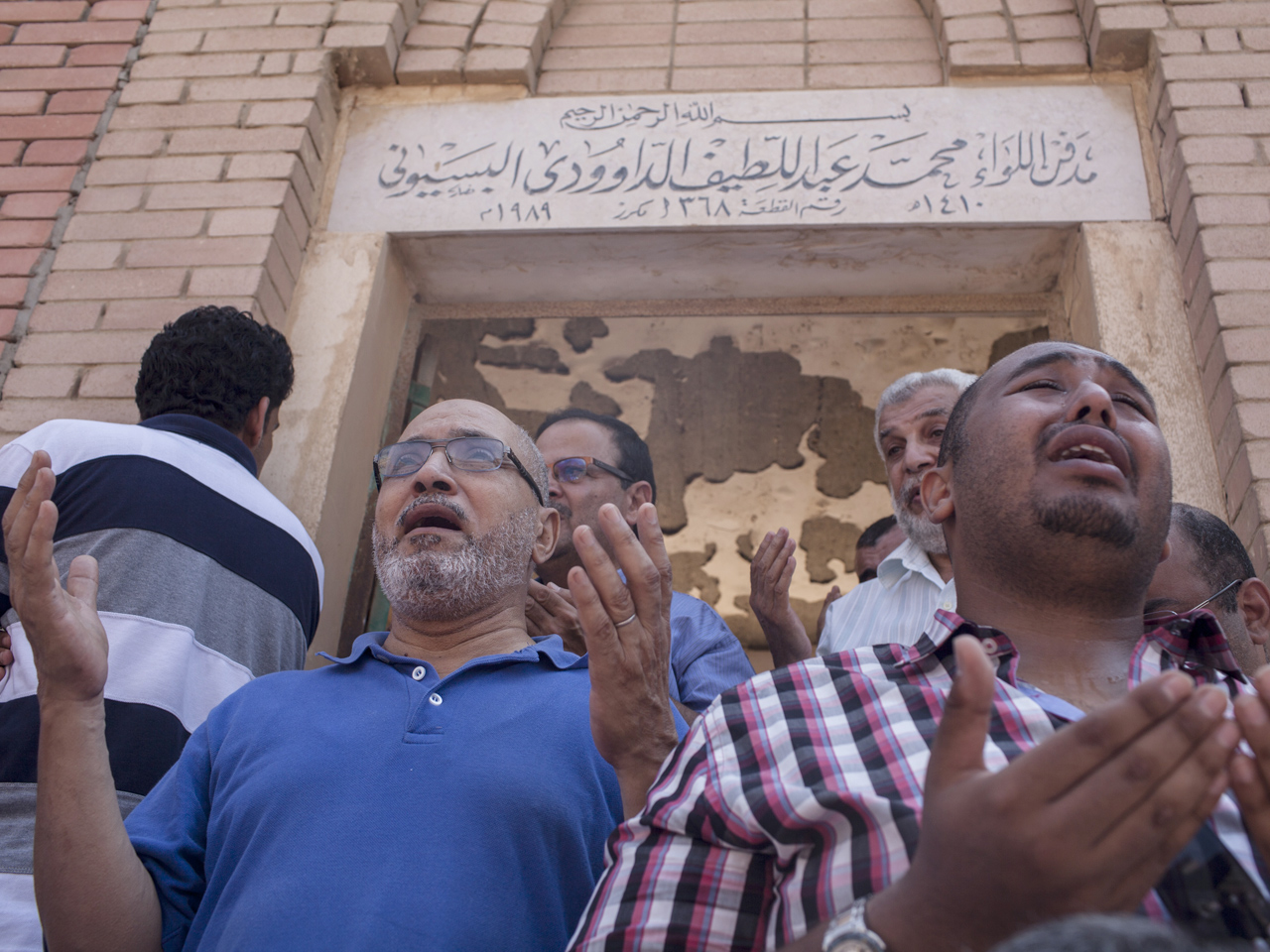 CAIRO Egyptian authorities raided the homes of Muslim Brotherhood members Sunday in an apparent attempt to disrupt the group ahead of planned mass rallies by supporters of country's ousted president.

Under the banner of an anti-coup alliance, the Brotherhood said it will hold a demonstration in front of the Supreme Constitutional Court in southern Cairo later Sunday. Authorities already stationed armored vehicles and troops at the building, which could turn into another focal point of street violence.

Rallies also are planned across the country by supporters of ousted President Mohammed Morsi, deposed in a July 3 coup.

More than 800 people have been killed nationwide since Wednesday's dismantling of two encampments of Morsi supporters in Cairo — an act that sparked fierce clashes.

In an attempt to cripple the Brotherhood's protest plans, authorities carried out sweeping raids early Sunday morning, detaining mid-level officials and field operatives in several cities, according to security officials and group statements.

In Assiut, 200 miles south of Cairo, 163 of the group's officials and operatives were rounded up in different towns in the province, security officials said. They said those arrested face charges of instigating violence and orchestrating attacks on police stations and churches.

In the city of Suez, nine people were arrested after being caught on film attacking army vehicles, burning churches and assaulting Christian-owned stores, officials said.

The officials spoke on condition of anonymity as they were not authorized to speak publicly to journalists.

Meanwhile, the Egyptian government has begun deliberations on whether to ban the Brotherhood, a long-outlawed organization that swept to power in the country's first democratic elections a year ago.

Such a ban — which authorities say would be implemented over the group's use of violence — would be a repeat of the decades-long power struggle between the state and the Brotherhood.

"The scenes of violence will not grant you any rights and the bloodshed nor chaos spreading across the country will give you no legitimacy," el-Tayeb said.

El-Tayeb supported the military ousting Morsi after millions took to the streets demanding the president to step down.

In the four days since security forces cleared two sit-in camps by supporters of Egypt's ousted president, Islamists have attacked dozens of Coptic churches along with homes and businesses owned by the Christian minority. The campaign of intimidation appears to be a warning to Christians outside Cairo to stand down from political activism.