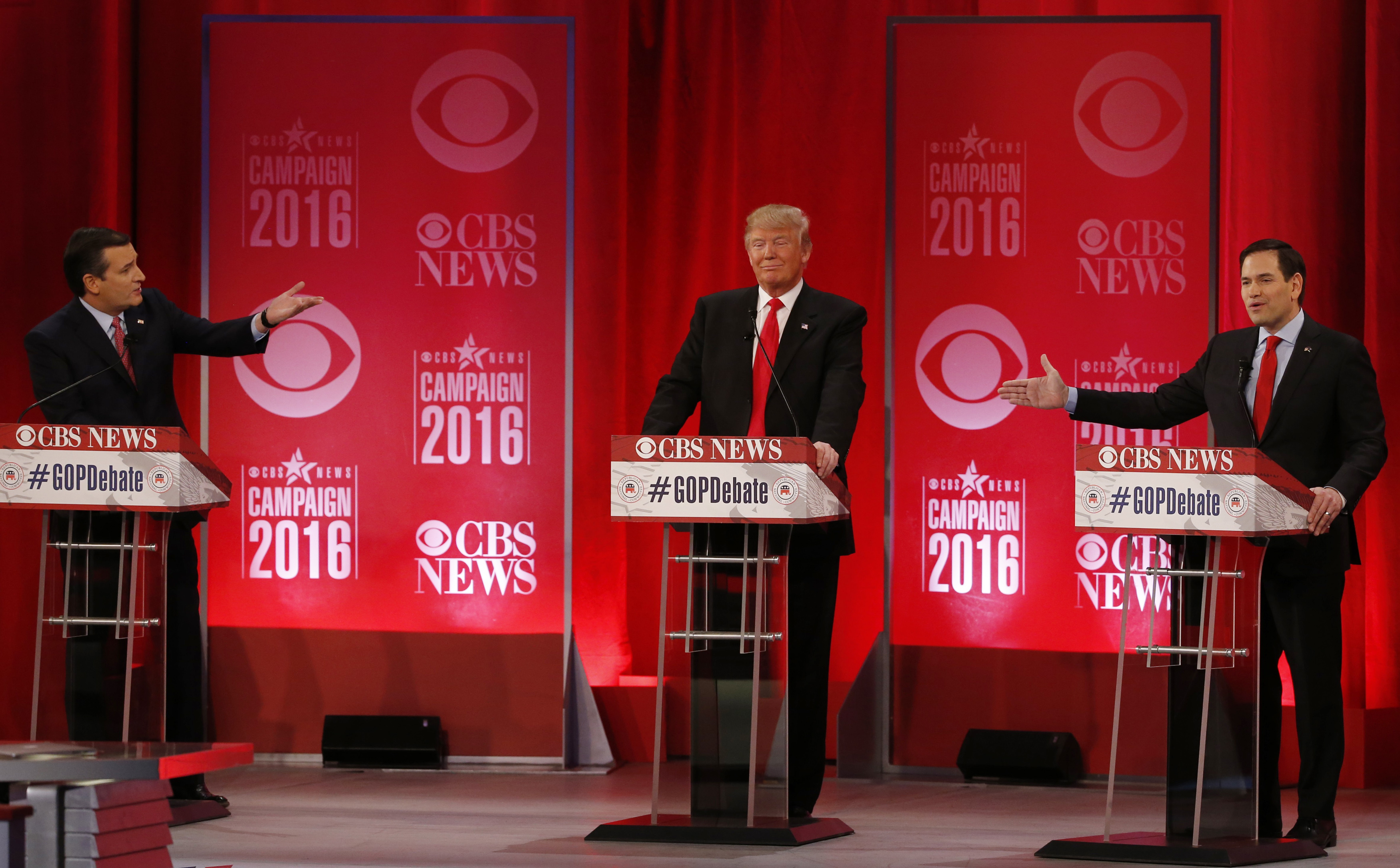 Republican presidential candidate Donald Trump is once again casting doubt on a Cuban American rival's eligibility to run for the White House -- only this time, he's leveling his citizenship questions at Florida Sen. Marco Rubio, not Ted Cruz.

On Saturday, just as South Carolina voters were preparing to cast the first ballots in the state's primary, Trump reposted a tweet that suggested both Rubio and Ted Cruz are "ineligible" to campaign for the Oval Office.

Rubio, who was born in Miami, Florida, to two Cuban immigrants, is a natural-born U.S. citizen.

But after Trump handily won the Republican contest, he elaborated on the reposted tweet.

On Sunday, during an ABC News interview, the billionaire was asked if he believed the message he had reposted on the social media site.

Trump's response: "I think the lawyers have to determine that that -- and not -- it was a retweet, not so much with Marco. I'm not really that familiar with Marco's circumstances."

When asked why he had then retweeted his follower, Trump said that it was "because I'm not sure."

"I mean, let people make their own determination," he added.

ABC News anchor George Stephanopoulos asked again, "You're really not sure that Marco Rubio is eligible to run for president?"

This isn't the first time Trump has raised citizenship doubts about an opponent.

Earlier this year, the business mogul mused that Texas Sen. Ted Cruz, who had seen a rapid rise in the polls of early nominating states, was ineligible for the presidency because he was not a "natural-born citizen."

"Republicans are going to have to ask themselves the question: 'Do we want a candidate who could be tied up in court for two years?' That'd be a big problem," Trump said in January during a Washington Post interview. "It'd be a very precarious one for Republicans because he'd be running and the courts may take a long time to make a decision. You don't want to be running and have that kind of thing over your head."

Cruz, born in Canada to a mother who was an American citizen, had fired back that Trump's attacks were the result of Cruz's sudden threat to the billionaire's front-runner status in Iowa.